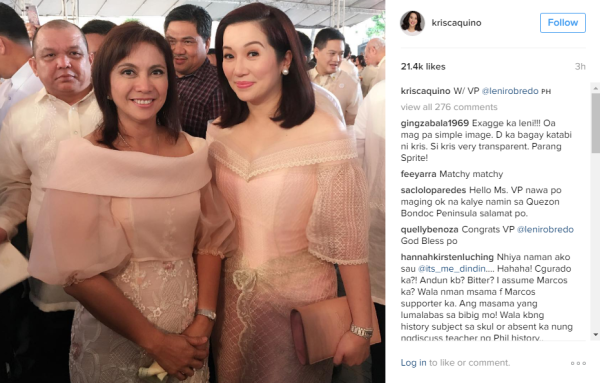 Actress-TV host Kris Aquino on Thursday took to Instagram to share her photos of the inauguration of newly sworn-in Vice President Leni Robredo.

Aquino, who represented the family of former President Benigno Aquino III, posted a photo of her with Robredo, who was wearing a Filipiniana with the same rose shade.

The actress donned a Piña Callado day dress, while the Vice President took her oath in an old dress that Cabral had remodeled for her.

Aquino also shared a photo of her with Robredo’s daughters Aika, Tricia, and Jillian, who were all wearing Cabral-designed Filipinianas. 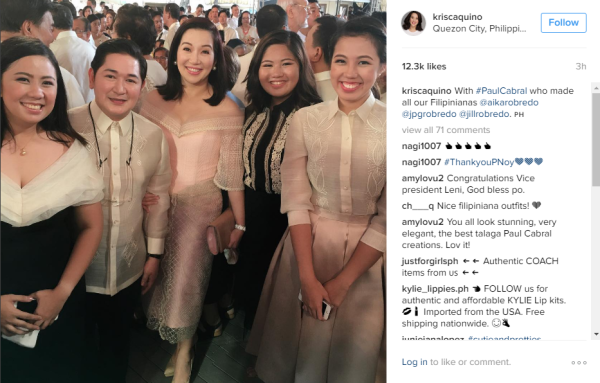 Kris Aquino poses for a photo with the daughters of Vice President Leni Robredo and designer Paul Cabral, the man behind their outfits during Robredo’s inauguration. SCREENGRAB FROM AQUINO’S INSTAGRAM ACCOUNT