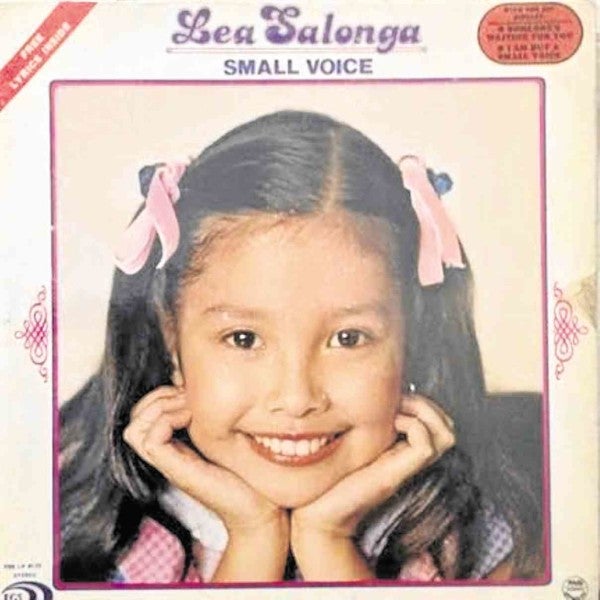 In last Saturday’s episode of “The Voice Kids,” during a fierce battle by all three coaches—Sharon Cuneta, Bamboo and myself—to convince a little girl named Gella Vergara to join our respective teams, I told the story about my own beginnings in the recording industry—a story of how the unflinching belief of one was able to shape my own history, and how not to accept when the greater world says, “no.”

All fun and games aside, I needed to share with Gella that, oftentimes, it is when someone in your corner has faith in what you can do that all else will follow.

It was the story of how my mother, Ligaya, wholeheartedly put herself behind me, and what she felt I could do. It was about her faith in me, and taking action to make things happen. It isn’t a story that many people know, so I thought to use this opportunity to expound on it.

My little theater career had gained quite a nice foothold, what with having finished playing the title role in “Annie” for Repertory Philippines. My mother decided to take things a step further—by asking me to record a couple of songs for a two-sided single, and marketing it. We would buy some studio time, hire live musicians and a music director, and try to see if a major label would bite.

We would record two songs: “Someone’s Waiting for You” (from the Disney movie, “The Rescuers”) and “Rainbow Connection” (from “The Muppet Movie”). Cinema Audio’s Studio A was where principal vocal and instrumental tracks would be recorded, with Rene Ongpauco as our arranger and musical director.

After many rehearsals and a couple of coaching sessions with Baby Barredo at home, I was ready to head into the studio and lay down a few takes of each song.

Once the single was done, it was my mother’s turn. According to her, she paid a visit to different labels, all of which turned her down. They said, “A child’s record would not make money.” Well, anyone who knows my mother is also familiar with her determination, and after the last label said no, she put it into her head to prove them wrong.

First, she set up a recording company, FGS & Associates (which, in all honesty, sounds more like either a law or an accounting firm, but I digress).

Second, a graphics designer, Malou Gallego, was brought on board to design the new company’s logo, as well as the sleeve in which the singles would be housed. Many creative meetings took place at our kitchen table, and I remember seeing mock-ups, drafts and initial blueprints. Once enough records were pressed and packaged, my mother loaded the precious cargo into the back of her station wagon, and headed to Raon, home of many rows of music stores.

She was able to build a clientele in this part of town, taking orders and supplying the stores, crossing her fingers and hoping for the best. After a little time passed, her phone started to ring: the storeowners were ordering more copies of the single! It turned out that parents were buying the record for their children.

Mom was right: There was a place for a kid in the industry. After the success of that first single, the first album, “Small Voice,” was made. And, as they say, the rest is history.

I honestly don’t know what would’ve happened if I ended up with a different set of parents, most particularly a different mother. Sure, she does at times drive me crazy, but because of her unwavering faith in my (and, later on, my brother Gerard’s) talent, we are where we are now.

And it feels almost karmic that I’ve become a coach on “The Voice Kids,” where we find many young talents to help groom for the future. Perhaps it is the Universe’s way of reminding me to pay my good fortune forward, and to let these little ones know that there are people whose own unwavering faith in what they can do has led them to where they are now.

To our TVK young artists, regardless of which teams you are on, all we can promise is our best and nothing less than that. Regardless of the show’s outcome, know that you have carved yourselves a place in our minds and hearts forever. You are talented, and we believe in you. 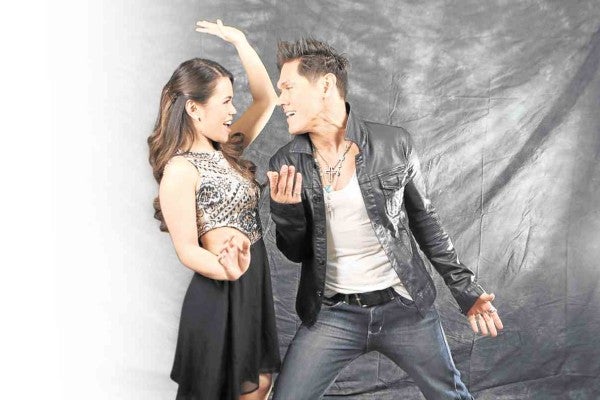 Speaking of young artists, many years ago, there was one who lived in the house behind ours.

There were times we could hear the sound of parties her parents would throw, and there were others when we could just hear her sing.

Fastforward to many years later, she has completed a successful run in the West End production of “Miss Saigon” (she got to play the lead role of Kim) and is now deep in another musical as one of the actresses playing the lead role of Aileen in Peta’s “Rak of Aegis.”

Her name is Tanya Manalang, and she will be performing in the concert, “Curtains Up!,” alongside another theater and music staple, MiG Ayesa, on July 14, 8 p.m. at Resorts World’s  Newport Performing Arts Theater.

I shall be their special guest for the evening. Concept and direction are by Freddie Santos, and music direction by Rodel Colmenar, who will also conduct the Manila Philharmonic Orchestra.

Read Next
Lena Dunham on wrapping up ‘Girls,’ Kevin Spacey sex dream tweets
EDITORS' PICK
Every Filipino home can now be a smart home with realme TechLife
PLDT Home Prepaid WiFi customers now under the care of Smart
Nestlé Philippines’ ‘NESCAFÉ Plan’ bags Grand Anvil at PRSP 56th Anvil Awards
Wesley So officially a US citizen
‘Pilgrim of peace’ Pope Francis heads to war-scarred Iraq
WHO: Arrival of vaccines in PH ‘a powerful step’ towards economic recovery, normalcy
MOST READ
Kris Aquino dispels rumors on son Josh getting married, thanks Ogie Diaz for defending him
Wesley So officially a US citizen
Ginebra trades Slaughter to NorthPort for Standhardinger
LTO’s P500-M deal for screws draws scrutiny
Don't miss out on the latest news and information.