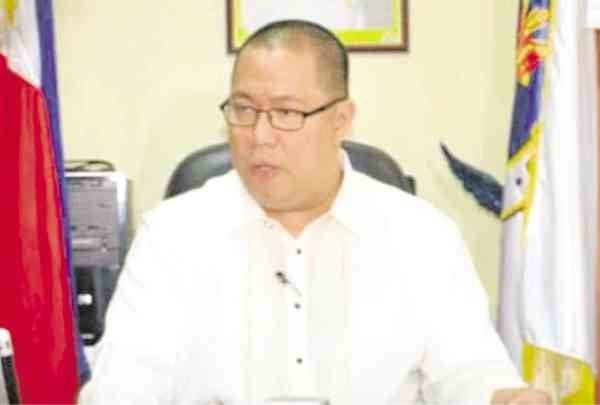 The Optical Media Board (OMB), the agency tasked with the confiscation of illegally sold or pirated content on compact discs, hopes to keep people aware of its mission by announcing a new catchphrase.

“#OMBeOriginal,” according to chair Anselmo Adriano, is an improvement over the agency’s old warning, he told the Inquirer in a phone interview last Monday.

“The slogan by the previous chair (Ronnie Ricketts) was ‘Bawal Kumopya’ (duplication is illegal),” he said. “Filipinos sometimes tend to do what’s forbidden. From a messaging standpoint, the OMB [hopes to send] a more positive one. The office wants to encourage people to buy originals, instead of pirated material.”

Prior to the official announcement in a press gathering on Tuesday, the new byword was introduced in the OMB’s antipiracy campaign outside Metro Manila. “We started using it in the provinces by explaining to people what it means, and the benefits of patronizing original CDs,” Adriano said.

Appointed by President Benigno Aquino III last March, Adriano stated that the “recharged” organization will continue its efforts past the change in regime: “We’re anticipating that the incoming administration will also prioritize the protection of intellectual property … we will come up with a five-year plan to present OMB’s roadmap to incoming President [Rodrigo Duterte]. We are [hoping] for the review of the optical media law (passed in 2003) to expand our jurisdiction beyond pirated compact discs. We want other containers of illegally obtained digital content to be included.”

On his first 100 days as chair, Adriano stressed that one of the toughest challenges was keeping employees motivated “in striving for greatness.” He elaborated, “During my predecessor’s time, the agency was hounded by controversies that affected the morale of the board’s employees.

“I have begun involving subordinates in managing the organization, and have started involving key people in capacity-building … not just training them and making them capable, but providing opportunities for future agency managers.”

Another challenge that the agency eventually surmounted, he added, was getting things moving again. “The agency operated without a chair and executive director for almost five months (following the suspension of Ricketts and other officials due to graft charges). OMB was very quiet, with no definitive directive and no decision-maker. Together with the division chiefs, we focused on the new direction of the agency, and the workforce was only too pleased to cooperate.”

Read Next
What were they thinking?
EDITORS' PICK
SMDC’s ‘Gold’ standard
Maine Mendoza, ‘Creative It Kids’ showcase vivo V20 series design and camera technology in live launch
INQUIRER.net at 23: We Are You
‘Quinta’ now over Mindoro strait; Signal No. 3 up northwest of province
vivo V20 series with superb features, stunning color options now available for pre-order
Becoming you, INQUIRER.net grows a year older, wiser
MOST READ
Typhoon Quinta update: Signal No. 3 in parts of Batangas, Mindoro
Rosario Domagoso, mother of Manila mayor, dies at 74
Miss Manila wins the internet by keeping it real in Miss Universe Philippines
Class, work cancellations due to Typhoon Quinta
Don't miss out on the latest news and information.