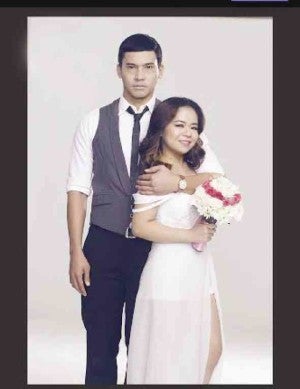 Kiray Celis’ chutzpah and charms made the comedienne pull off her romantic scenes with Derek Ramsay in the hit romantic-comedy, “Love is Blind.”

She is at it again. But this time with Enchong Dee in Regal Entertainment’s “I Love You to Death,” which opens on July 6.

The comedy-horror movie is about childhood sweethearts, Gwen (Kiray) and Tonton (Enchong) who promise to love and marry each other till death do they part. But the twists and turns of life play tricks on them.

Kiray is touted to be the “Comedy Princess.” Just when we thought she could not get any wackier, Kiray turns her fans into “frequent flyers” of laugh trips.

Here’s my chat with Kiray:

How did you overcome getting self-conscious while working with your crush, Enchong?

I’m flattered that he agreed to be my partner in the movie. I just had to psyche myself up. Work mode on and set aside my hidden desire (laughs).

If you could have any local actor you desire, who would you choose to love to death?

What’s your advice to girls who are insecure about their looks?

Before you can become self-confident, you have to accept who you are and embrace even your flaws. Looks fade, appeal stays. So just carry yourself well. Projek lang nang projek!

Don’t you get irritated when people make fun of you?

I’m used to it already. Since my “Goin’ Bulilit” days, I’ve always been the butt of jokes. Instead of getting offended, I’m happy I can make people laugh.

Any memorable anecdote about Enchong?

Our first scene was intimate. I didn’t know how to start, because it felt awkward. So I told him that I will hug him to congratulate him on the success of his album. Then, I started sniffing his neck.

If and when you fall in love, will it be “till death do us part” or “I love you to death” kind of thing?

“I love you to death” because I’m intense when it comes to love.

What was the worst rumor about you?

That I have become swell-headed just because I already have a solo movie.

What makes your latest movie worth watching?

It’s something different. Everything I want in a movie is in it—horror, comedy and romance all in one. I fell in love with the character of Enchong in the movie.

Sunshine Dizon isn’t the type of woman who would lick her own wounds. Posting the picture of the alleged mistress of her husband on Instagram is an all-out declaration of war.

Shine should serve as an example to wives who are suffering in silence.

My heart goes out to the Kapuso actress and her two kids. Ain’t no Sunshine when he’s gone. Be that as it may, the issue suddenly made me wonder if mistresses are the cause of the breakup of some marriages,  or are they the after-effect of marriages that have long been dead?