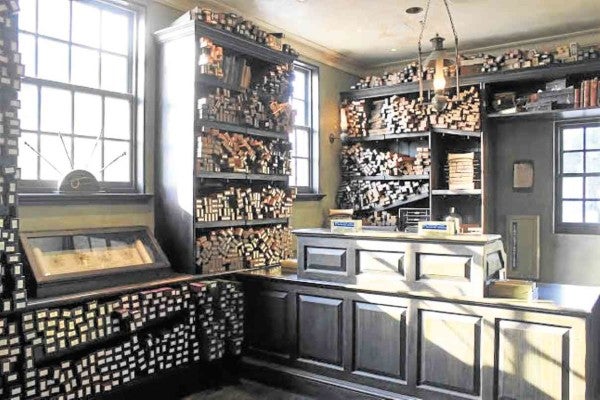 STACKS of wands for every “Harry Potter” character at the Ollivanders Wands Shop. PHOTOS BY RUBEN V. NEPALES

LOS ANGELES—I gotta hand it to the Universal Studios folks. On a recent heat wave in LA, we went on a private media tour of the new Wizarding World of Harry Potter Hollywood attraction at the famous park up in the San Fernando Valley.

It helped that our tour began at 7 a.m., which meant that it was not yet blazing hot. But the early start meant we had to wake up at the ungodly hour of 5 a.m. to be at Universal Studios Hollywood in time.

We went through the back door, so to speak, at the employees’ entrance and walked our way to the arched entrance of the fictional Hogsmeade Village, with its sign swinging, as if to say, “Welcome!”

We took in the overall view. The pièce de résistance was the sight of the magnificent Hogwarts Castle, a towering surprise since it isn’t visible from the Universal Studios’ main entrance.

On the right was the Hogwarts Express, but we did not need to board the magical steam train to feel like we were in the Wizarding World of Harry, Hermione and Ron. 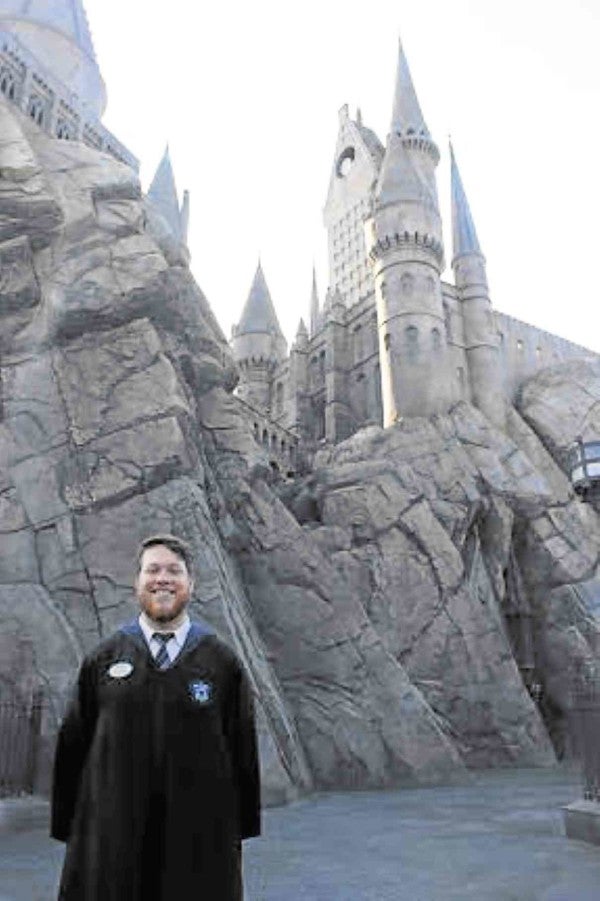 AT THE Hogwarts Castle

We were like little kids as we were led inside quaint shops, including the sweets store, Honeydukes. Earthworm-flavored jelly beans, cauldron cakes, fizzing whizbees and sweet chocolate frogs, anyone?

Our mouths were agape when we entered the Ollivanders Wand Shop, described as “makers of fine wands since 382 BC,” with its boxes of traditional and interactive wands for every character.

Along the way, all throughout the attraction, you will see Mr. Weasley’s car, Hagrid’s motorcycle beside his cabin, lifelike owls that hoot, turn their heads and flutter their feathers as they perch on the ceiling of an open-air barn called the Owlery, and even hear Moaning Myrtle’s playful sounds in the restrooms. 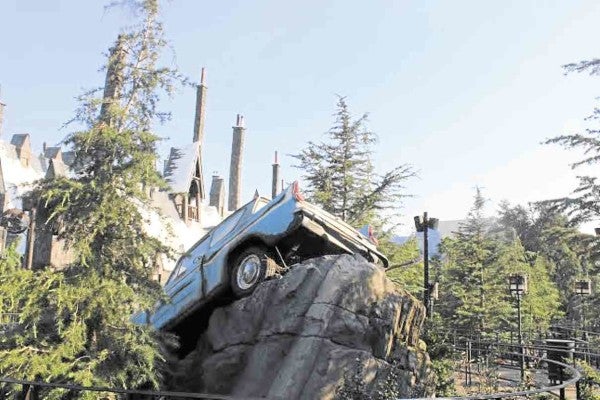 Then, it was time to board the roller coaster, Flight of the Hippogriff, which is Universal Studios Hollywood’s first-ever outdoor roller coaster.

The walk inside the Castle to the Forbidden Journey ride is a treat in itself. But first, there’s the sight of the imposing entrance with its two-winged boars.

On a darkened path, we are immersed in Harry’s world—from the dungeon corridor, mirror of Erised, the giant golden griffin, Prof. Sprout’s Herbology class, the office where Prof. Aldus Dumbledore magically appears, the hall of moving portraits and the Defense Against the Dark Arts classroom. 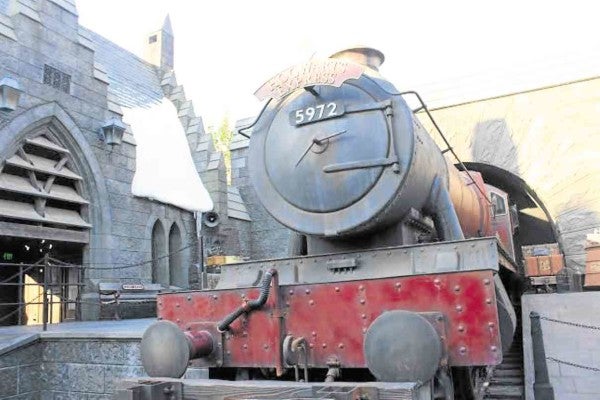 Having survived the roller coaster, we passed up the chance to ride the Forbidden Journey (go ahead, call us cowards). But being hungry from not having the time to eat breakfast, we did not want to risk being nauseous after the ride.

We stood on the side as some of our colleagues happily boarded the ride. We’ll take the following words issued by the park as truth since our media friends came back with thrilled faces:

“An achievement in pioneering theme park ride technology, ‘Harry Potter and the Forbidden Journey’ makes its US debut at Universal Studios Hollywood in hyperrealistic 3-D HD, designed to further immerse guests in an already engaging storyline. 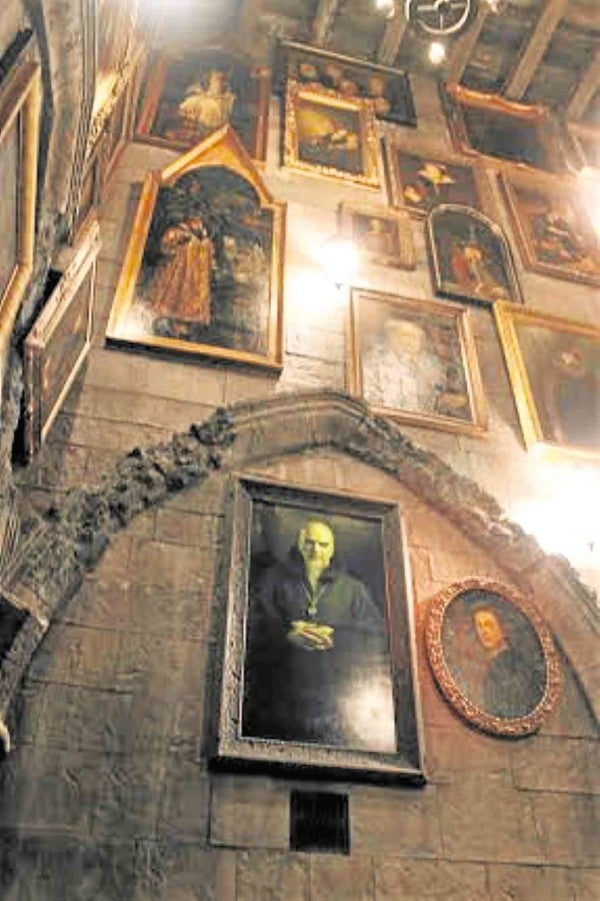 HALL of moving portraits inside the Hogwarts Castle

“In this updated adaptation of the ride, guests sport Quidditch-inspired 3-D goggles as they venture through journeys experienced by Harry and his friends, spiraling and pivoting 360 degrees along an elevated ride track on a whirlwind adventure of a lifetime.”

More than five years in the making, the Wizarding World, with its impressive details, from the storefront façades to the aged rustic feel of the Three Broomsticks tavern restaurant, was worth waking up at dawn for.

Now, if only we had real flying broomsticks instead of cars as we headed back home and battled the morning rush hour traffic.