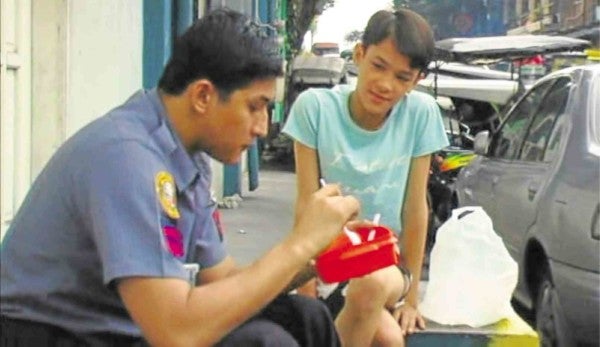 A Filipino movie has made it on Slate online magazine’s list of “75 greatest LGBTQ films of all time.”

Part of the honor roll is Kanakan Balintagos’ “Ang Pagdadalaga ni Maximo Oliveros,” an entry in the first Cinemalaya film festival in 2005.

Slate critic Keith Uhlich praised the film for “seriously considering…one of the greatest taboos…the developing sexual feelings of children—a subject most easily infantilized, sensationalized or brushed under the carpet.”

Uhlich commended Balintagos (then known as Auraeus Solito) and screenwriter Michiko Yamamoto for “viewing the characters through a quietly revolutionary queer perspective, portraying young Maximo’s pursuit of an adult policeman, childish though it may be, as a fervently religious quest.”

The film is hailed for “including in the discussion…the feelings of a child.”

Balintagos told the Inquirer: “Personally, the timing [of the honor] was perfect.” He admitted that he is at a crossroads right now. “I was asking myself what was my significance as a filmmaker—especially since I was asked to speak at UP Mass Comm’s graduation rites (today).”

Being on the list, he said, allowed him to savor a certain level of “acceptance…[for] creating a film that shows queerness as normal and beautiful.”

He noted: “I believe not in tolerance, but in acceptance, which ‘Maximo’ celebrates. For me, what humanity needs is acceptance of people’s nature, not just tolerating it…as if it were something negative.”

He related that, 11 years later, cineastes still express their gratitude to him for making “Maximo.” “Viewers from all over the world say that the film helped them embrace their true selves when they were young.”

Slate drafted the list to honor the victims and survivors of the attack on Orlando’s Pulse nightclub. The films were summed up as “a globe-spanning, multigenerational testament to [the LGBTQ community’s] existence in a world where [its] erasure is no abstraction.”

The list is also timely because June is considered Pride month.

The roster further “reaffirms the revolutionary potential of the seventh art.” Cinema, Slate asserted, is a “powerful” medium, “projecting the complexities of the LGBTQ experience onto the culture’s largest, brightest mirror.”

Balintagos agreed: “Slate created this list as a protest against the tragic shooting spree and a tribute to LGBTQ lives. No massacre, no discrimination can erase our presence. After all, cinema is forever!”