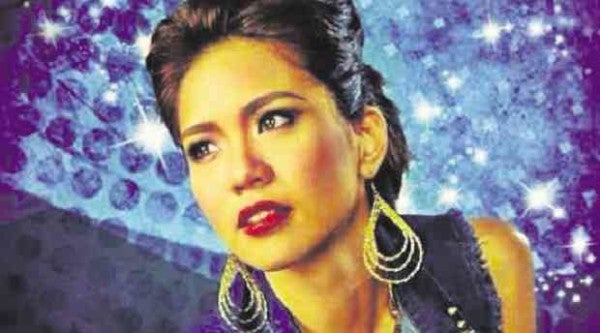 SANTOS. One of the stars of Peta’s groundbreaking Filipino musical.

LORNA MANILA, theater enthusiast: “I finally had the chance to watch ‘Rak of Aegis’ (whose cast includes Aicelle Santos), and saw for myself that the rave reviews it got were well-deserved.

“Everything about the musical, from the sets and lighting design to the cast’s performances, was topnotch! I would also like to commend musical director-arranger Myke Salomon for a job well done.”

Raine Castor, student: “Jasmine Curtis-Smith is one lucky young star. After playing Nora Aunor’s granddaughter in ‘Dementia,’ she’s reportedly set to costar with Vilma Santos in an upcoming film. She’s getting better film projects than sister Anne Curtis. I think Jasmine is also the better actress. To act alongside two of the country’s acting greats is every young star’s dream.”

Marge Parong, housewife: “‘The Voice Kids’ serves as my family’s lively bonding session, especially when my children start guessing whom the chair-turners will choose for their coaches. There are predictable moments, of course—when a contestant sings the song popularized by coaches Sharon Cuneta, Bamboo or Lea Salonga.

“Many of the kids are good singers. My only wish is for them to sing age-appropriate songs. I cringe whenever I hear them sing ‘adult’ songs like ‘All of Me’ or ‘Power of Love.’”

Ely Cerujales, retired OFW: “The hit tandem of Cardo and Onyok, as portrayed by Coco Martin and Simon Pineda, respectively, is one of the reasons why ‘Ang Probinsyano’ is doing well. Their scenes together are natural and connect with viewers. How about a movie starring these two, plus the comic charmer who plays Makmak?”