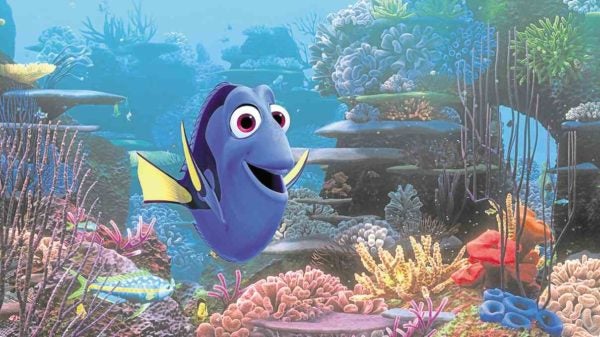 “FINDING DORY.” Feisty pals help forgetful protagonist get back into the swim of things.

Because of her short-term memory loss, Dory (voiced by Ellen DeGeneres, in a spot-on performance), the chatty blue tang who can talk to whales, doesn’t always know what she’s doing—or where she’s going! But, she’s guided by a motto that has somehow been ingrained in her faulty memory by the loving parents she vaguely remembers: “Just keep swimming.”

That may not sound as dramatic as other cinematic aphorisms, but the deceptively simple maxim bears a deep-seated meaning that resonates with viewers on a metaphorical level—especially for people who inexplicably find themselves occasionally “going off the beaten path” in life:

After all, we don’t always become who we intend to be. —But, we’re getting ahead of our story…

When snippets of hazy but surprisingly heartwarming memories encroach into Dory’s consciousness, she gradually realizes what she must do to find what’s been missing in her life—family.

She can’t remember anybody, but recalls “emotional” memories of her sketchy past! It’s a “memory flash” that kicks off another adventure for Dory and her feisty pals.

The events in the movie take place one year after Nemo’s coming-of-age adventure that led him to his lost dad, Marlin, in “Finding Nemo.” It’s their turn now to keep Dory company as she embarks on a near-impossible mission to find her parents, Jenny (Diane Keaton) and Charlie (Eugene Levy).

The trio must swim across dangerous waters and make their way to the Marine Life Institute, a rehabilitation center in California—and it’s where Dory just might find her dad and mom!

But, the “jump” from ocean to aquarium isn’t easy—not only because following directions isn’t a walk in the park for the finned serial amnesiac. It’s a tricky dilemma that is made more urgent by the fact that many of the rehab center’s marine animals are scheduled to be transferred to Cleveland—some 2,500 kilometers away!

With time closing in on her, Dory enlists the help of Nemo (Hayden Rolence), Marlin (Albert Brooks) and their quirky friends, like Hank (Ed O’Neill), the cantankerous “septopus” (he’s lost a tentacle) who can camouflage the color and texture of his skin to mimic his surroundings; beluga whale Bailey (Ty Burrell), who puts his echolocation skills to good use, and the visually impaired whale shark, Destiny (Kaitlin Olson).

Their adventure becomes even more eventful when they run into the lazy sea lions, Fluke (Idris Elba) and Rudder (Dominic West); sea turtles, Crush and Squirt; the tune-loving Mr. Ray; the kooky loon Becky, and a crew of clueless but adorable otters!

More than its lovable characters, however, what makes “Finding Dory” significant is how well its narrative strands are seamlessly strung together. The film feels longer than it should be, but that doesn’t make the film any less entertaining—or touching.

Anchored on DeGeneres’ inherent likability and the production’s visual beauty, the feel-good film reminds us that it’s all right to accept our loved ones’ imperfections—and that there are people who care for us unconditionally, even when we’re at our lowest!