Game-changers at the Tonys 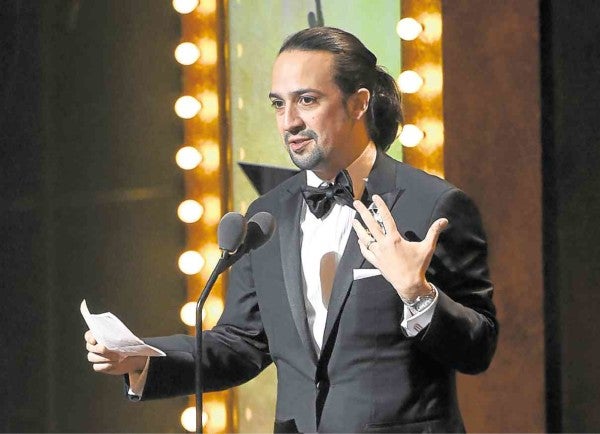 THANKS to Lifestyle Network for the live telecast via satellite last week of Broadway’s Tony Awards. Named after Antoinette Perry (an actress and director who cofounded the American Theater Wing), the Tony is US theater’s top honor, so its annual citations and encomiums are eagerly anticipated by stage practitioners and buffs alike.

The fact that this year’s rites were telecast live by satellite gave them added excitement, and we can only hope that their local counterparts will be similarly given the importance and showcasing they deserve.

The awards show got off to a dicey start. Its opening montage of songs from hit musicals given newly pertinent lyrics was well-written, conceptualized and staged, but host James Corden was not up to the truly hectic performance task at hand.

We sensed what the long opening number was wittily trying to do, but Corden’s “execution” was decidedly less brilliant than intended.

Not to dwell on the lapse, however, because quite a number of performance numbers throughout the show did hit the spot. Stand-out excerpts included numbers from the revival stagings of past hits, as well as new productions that have been game-changers on the Broadway scene.

They were paced by the “rap historical” musical, “Hamilton,” by emigre Lin-Manuel Miranda, which won most of the musical-theater trophies up for grabs.

The brilliantly innovative and popular show is such a hit that its run is sold out for many months—and theater buffs who have to watch it or expire from fatal frustration have to pay some $1,500 for a prized ticket!

That kind of success would go to most people’s heads, but Miranda has remained humble and focused all throughout—and in fact made people love him even more by penning this grateful sonnet, in lieu of the usual acceptance speech:

“My wife’s the reason anything gets done

She nudges me towards promise by degrees

She is a perfect symphony of one

Our son is her most beautiful reprise.

We chase the melodies that seem to find us

Until they’re finished songs and start to play

When senseless acts of tragedy remind us

That nothing here is promised, not one day.

This show is proof that history remembers

We lived through times when hate and fear seemed stronger;

We rise and fall and light from dying embers, remembrances that hope and love last longer

Now fill the world with music, love and pride!”