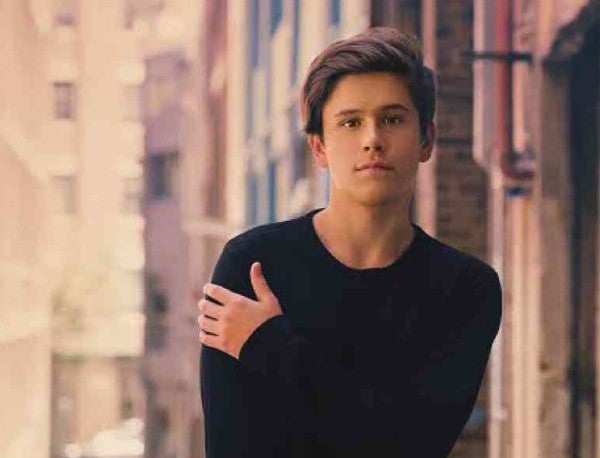 If the teenage Australian music artist Jai Waetford were to create a list of his most favorite cover songs, Christina Grimmie’s take on the electro-ballad “Titanium” would surely be on it.

He is a huge fan of Christina’s work, he said—so much so that there was a time when he used to watch her YouTube videos “two, three times a day.”

So, when Jai learned that Christina—who placed third in the sixth season of the reality singing contest, “The Voice” —recently died after being shot during an autograph session in Orlando, Florida, the 17-year-old singer-songwriter could not help but feel sad, and at the same time, baffled.

“It is horrible and so unfortunate. I do not understand why bad things happen to good people … I love her and her music so much,” he told the Inquirer in a recent interview arranged by Ivory Music.

Hearing about such kind of incidents can be disconcerting, Jai admitted. However, living in worry, he stressed, is no way to live at all.  “You cannot go on worrying about being hurt. You cannot live in fear… You have to keep performing and making people happy,” Jai said.

And he is living his life—and dream—right now. After finishing third in the fifth season of “X Factor Australia” as a 14-year-old hopeful, Jai went on to release a handful of pop hits such as “Your Eyes.”

His fourth and latest EP, “Heart Miles,” on the other hand, has Jai on an international promotional tour that recently made a stop here in Manila, where he did a string of mall shows. The Philippines, according to his management, is his second biggest market after the United States.

“It is always surprising to get this kind of reception in a foreign place,” quipped Jai, who favors pop, R&B and hip-hop music, and looks up to the likes of Stevie Wonder, Michael Jackson and Justin Timberlake.

“I love performing in different countries and getting the opportunity to meet and connect with the fans,” the precocious singer added. “It is a big deal for me—and I am really enjoying myself.”

Tell us about “Heart Miles.”

It is about being in a long-distance relationship, about someone not always with you … Sound-wise, it’s more moody and emotional than my previous releases. I spent the last 12 months writing songs and finding my sound. And I feel like my music has evolved.

You write most of your material. How important is that for you?

It makes me proud to say that what I’m offering is 100 percent me—not songs simply created for me. They’re coming from a place that is real, from real emotions and situations … It means a lot to perform your own songs onstage—and it shows.

What have you learned during your stay in “X Factor”?

I had a taste of what it’s like to be in the industry, and what it is like to be criticized.

Speaking of criticism, how do you deal with it?

Sometimes, it is hard to see things the way other people do, but you have to be open to comments, especially  constructive ones. You can learn from them and use them to get better.

Starting in the industry at such a young age, did you feel that you needed to mature faster than your peers?

Yes, because most of the people you deal with are a lot older and already know what they’re doing; you have to try to be on their level. And it is hard, because at the end of the day, you just want to be 17!

I am sure you get compared  a lot to Justin Bieber.

Justin is awesome. I do not mind being compared to one of the world’s biggest pop stars today. He had a bit of a rough patch, but he is killing it now. In the end, the music will always speak louder.

How do you keep yourself levelheaded?

The fact that I am being given a chance to do something I love is humbling. Had things gone differently, I would probably just be at home, going to school and having a normal life.