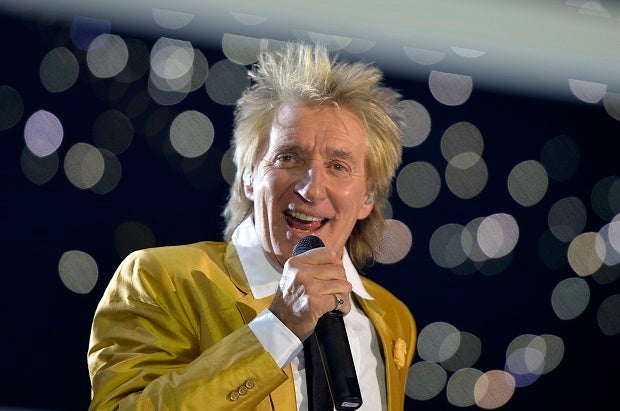 A Saturday, Nov. 28, 2015 photo from files of singer Rod Stewart performing in the Esprit Arena in Duesseldorf, western Germany. Having sold millions of albums over his lengthy career the 71-year-old London-born performer has been recognised for his services to music and charity, by being made a knight in the Queen’s Birthday Honours list, Friday June 10, 2016. AP File Photo

The British star, whose songs include “Do Ya Think I’m Sexy?” and “Maggie May,” was honored for his services to music and charity.

The 71-year-old, who has sold tens of millions of albums during a career spanning six decades, said in response to the announcement that he “couldn’t ask for anything more.”

“I thank Her Majesty and promise to ‘wear it well,'” he added, punning on the title of another of his hit records.

Stewart can now style himself Sir Rod and joins a long list of other British musical knights including Sir Paul McCartney and Sir Elton John.

Meanwhile Tim Peake, the British astronaut who is currently on the International Space Station, received a CMG—Companion of the Order of St Michael and St George—a distinguished honor given to those who carry out services to Britain overseas.

Peake’s award was for “services to space research and scientific education.”

Royal honors are awarded twice a year—on the queen’s official birthday and at new year.

Recipients can be nominated by members of the public and their names are sifted by an official committee.

It then submits its decisions to the prime minister and queen for final approval.

Other recipients of honors include Paul Whybrew, a page to the queen who receives the Royal Victorian Order.

He appeared in a spoof James Bond video featuring the queen and Daniel Craig broadcast during the opening ceremony of the London 2012 Olympics.

There was also an MBE for Andrew Salmon, a Seoul-based journalist and writer who is seen as an authority on Britain’s role in the Korean War of 1950-53.