Due to logistical travel issues beyond their control, the recently announced two-night concert in Manila of 80’s supergroup Culture Club will now be forced to limit their visit to a “one night only” special event. Boy George and Culture Club will be performing for the first time in Manila on June 18, Saturday, at the Araneta Coliseum.

For those who’ve purchased tickets to the June 17 (Friday) show, they can refund their tickets or replace them with tickets for June 18.

As promised, Boy George and the original lineup of Culture Club will give their audience a night of unforgettable music and partying. The group will be performing all their hits like Karma Chameleon, War Is Stupid Do You Really Want To Hurt Me, Miss Me Blind, Move Away, Love is Love, and a lot more.

Culture Club’s show in the Philippines is part of a 40-city tour of the iconic group in over twelve years, which includes cities in the U.S.A., Canada, Mexico, Australia and Japan.

Since this is the first time that Boy George and Culture Club (with members Mikey Craig on bass guitar, Roy Hay on guitar and keyboards, and Jon Moss on drums and percussion) will be performing in the Philippines, those who grew up in the eighties as well as music lovers are excited for this news and cant wait to see them perform their greatest hits. “This is one big party,” says George about the concert.

As the first multi-racial band with an openly gay front man, Culture Club has set many records, including being the first band since The Beatles to have three Top Ten hits in America from a debut album. In the eighties, the band dominated the charts in over a dozen countries, with multi-platinum albums and more than 50 million albums sold worldwide to date. In 2014, Culture Club reunited to create new music and has been in the studio putting the finishing touches on their new album Tribes, available now for pre-order, set to release later this year. The band recently headlined iHeart Radios 2016 “iHeart 80s Party” at The Forum in L.A. to a packed crowd.

To make things more exciting for the Manila leg concert, one hundred pieces of special VIP tickets worth P25,000 each will be on sale. Aside from enjoying the concert, ticket buyers get a privilege to attend a ‘meet and greet’ event and have their photo taken with Culture Club on June 16, 3PM at Novotel Manila, Araneta Center. They will also receive a double disc of Culture Club’s greatest hits album and a commemorative concert T-shirt. Tickets for the ‘meet and greet’ event will be available (cash basis payment) on June 10 (Friday), 7pm to 11pm, at Greenfield District’s Kaleidoscope event area which will have a special Boy George and Culture Club night and sing-and-look alike contest. 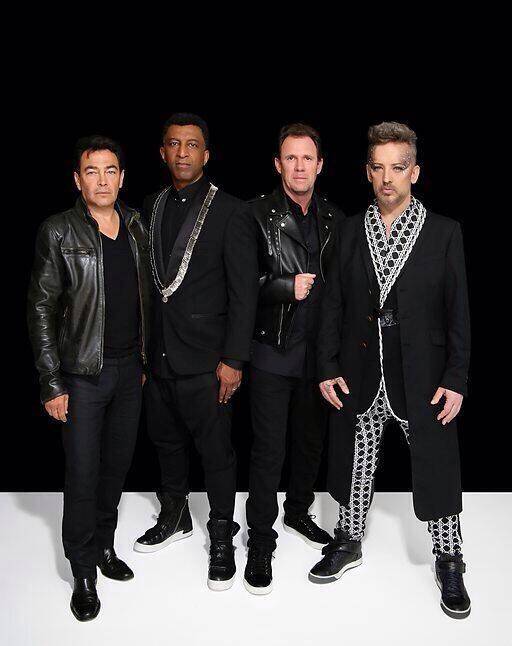 Culture Club Featuring Boy George Live In Manila is a production of Royale Chimes Concerts & Events Inc. Tickets are now on sale at Ticketnet (911-5555) or log on to www.ticketnet.com.ph. You can also use your BDO credit and debit card to purchase tickets and enjoy a 15% discount.