“Every morning has been a different morning.”

This was how indie actor Kiko Matos described his life after he figured in a viral scuffle with fellow actor Baron Geisler last May 26 at a bar in Quezon City.

In a face-to-face interview with INQUIRER.net, Matos clarified the issues jabbing him and recounted the incident that he claimed started when Geisler bumped a lady band vocalist onstage. “There’s this band vocalist nila [na] girl, tapos na sila tumugtog [then] they were putting down their guitar. Si Baron, he came up stage and he was saying, ‘Pwede ba makijam?’ Tapos, nabangga pa niya yung girl ng kaunti [at] mayroon siyang (the vocalist) reaction  na ‘WTF dude’, parang ganoon.” 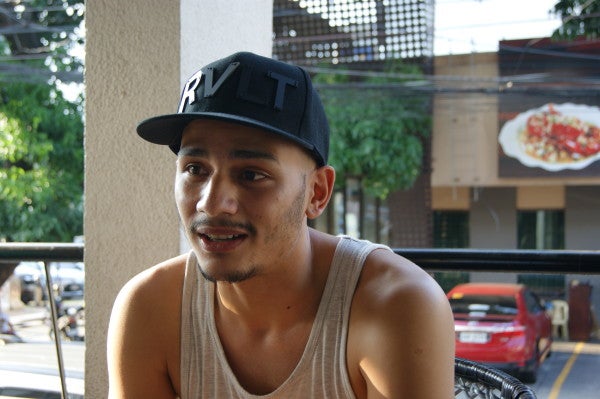 Kiko Matos explains his side of the issue. PHOTO by Gianna Francesca Catolico/INQUIRER.net

As a response, Matos and his buddies called on Geisler, who was sipping a glass of alcohol, to step down the stage. Geisler, who was believed to be drunk at the time, let out a string of curses at Kiko’s camp. Matos manned up while Geisler commanded the bar staff to send Matos and his company out of the premises.

When the two gentlemen came face to face, bar partygoers at Tomato Kick bar swarmed around the duo and started capturing the brawl with their smartphones.

When asked whether he was with girls and yelled at a bartender as alleged, he said, “There is no truth in that. There should have been a waitress or a bartender or whatever coming out right now and telling the media that I did something wrong.”

Videos of the brief squabble ignited social media, and social media users were quick to judge Matos as the culprit, but Matos claimed he was just defending himself and the vocalist from a “drunk and aggressive” Geisler. “It could also mean that he (Geisler) is really aggressive even if he’s not drunk. It might be pride. Maybe gusto niya rin kasi magpapansin na ‘Oh, I’m here guys, I’m Geisler’.”

“I told myself, hindi ako papayag na hindi ko matuturuan ng leksyon si Baron, kasi I was standing up for what I thought was wrong, ’cause sooner or later someone will stand up, if it’s not me…I claim that I made the first move,” he elucidated. 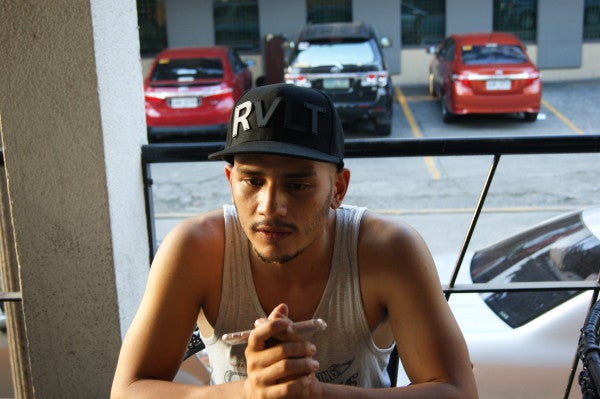 ‘I knew Geisler before’

This was not the first time Matos met Geisler as both of them worked in ABS-CBN’s weekly horror show “Nginig.”

The ‘once-in-a-lifetime’ offer by the Universal Reality Combat Championship (URCC) is a chance for Matos and Geisler to settle and iron out their differences, Matos said.

“I just thought [that] this is a good ground where we can settle. Kung may mangyari man sa ‘kin o may mangyari kay Geisler, walang demandahan ‘di ba, no one’s gonna get injured. [‘Kung] may mababalian ng buto o mababasagan ng bote sa ulo, everything’s legal, may referee and everything; instead of doing it in the streets just do it in the ring to settle it,” Matos said. 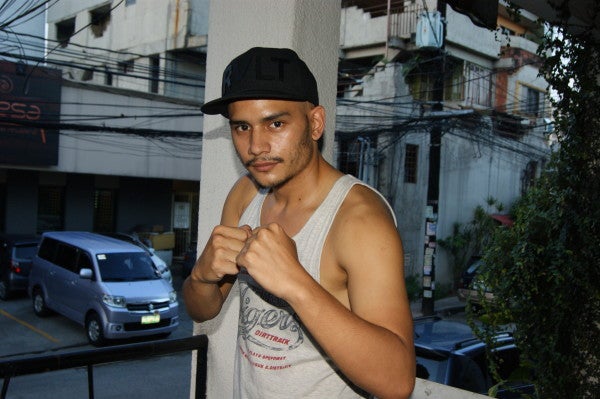 Besides adjusting to the attention that social media “stardom” has given him, Matos has to condition himself for the ring brawl between him and Geisler on June 25. Being a delinquent teen back then, Matos is confident that his street-rumble expertise can topple taekwondo black-belter Geisler. “Well, I got some tricks up on my sleeve. I don’t really tell, guessing what I have, but I think I can take on Baron Geisler.” After he wraps up his tapings for a movie, he will promptly begin his training sessions.

According to him, expect a “ferocious and courageous” Matos as he pushes the dispute to the cage, despite URCC’s condition that they should be “friends” before they muscle each other in front of a jam-packed crowd.

Matos concludes, “I would reconcile but I have no plans, it’s either we face on URCC and then reconcile, oh sige. Away lalaki na ‘to [eh] and I wouldn’t back down kasi lumaki na eh. Kung gusto niya ko harapin sa ring, harapin ko rin siya.”

As a salient and sagacious response to Geisler’s “Mahal kita, pero bibigwasin kita” statement, Matos has this “piece of advice” for his opponent:

Read Next
‘Ninja Turtles’ wrest top box office spot from ‘X-Men’
EDITORS' PICK
Metro Manila’s daily COVID-19 growth rate drops to 2% — Octa Research
Over 3 Million worth of prizes to be won at Smart Padala’s SENDali Manalo Promo!
SMDC’s Bloom Residences: A master planned community that cares for your health and wellness
What to expect as Metro Manila starts ‘no vaccination, no ride’ policy on Monday
COVID-19 cases in PH pass 3.2 million mark with 37,154 new cases — DOH
Upsilon, Unilever give ‘real talk’ on climate change crisis
MOST READ
IATF protocols now apply to travelers who arrived on or before Jan. 13
‘Not my loss’: Did Kris Aquino just comment on her breakup with Mel Sarmiento?
Thailand records first Omicron death
Tito, Vic and Joey still not quitting, breaking trends as they celebrate 50th year in the biz
Follow @gcatolicoINQ on Twitter
Don't miss out on the latest news and information.