Making people laugh for a living 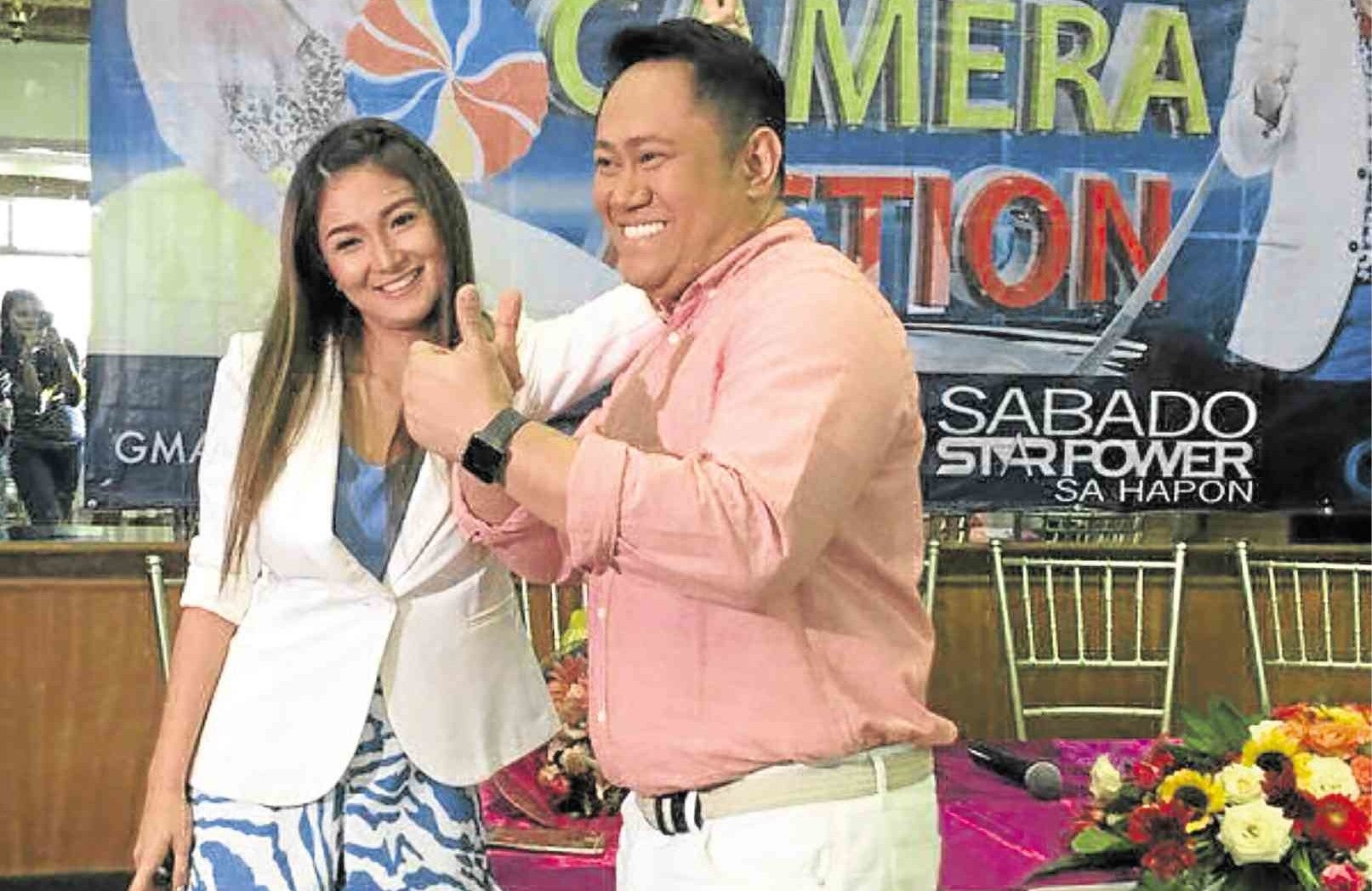 Caesar Cosme, a veteran comedy director and writer, believes that the country has a wealth of talented performers in the genre—many of whom go largely unnoticed and are rarely given big breaks.

In GMA 7’s weekly live comedy program, “Laff, Camera, Action,” the spotlight will be on local funnymen and women from television, stage, comedy bars and even schools. Their improvisational skills will be put to the test through a series of on-the-spot routines.

As it is, the show will mostly feature artists who make people laugh for a living. But Caesar, who is one of the judges in the show, is also hopeful that “Laff” would eventually become a breeding ground for new and amateur comics.

“First, we have to establish what the show is all about. And perhaps in the future, we can turn this into a platform for discovering fresh talent,” he said at a press conference. “There are lots of them—in comedy bars, everywhere. They just aren’t given a chance. This is a great idea we want to explore in the future.”

Caesar described the show as “very dynamic.” Aside from the fact that everything will be unrehearsed and unscripted, the contestants will also be grouped randomly: “They do not know with whom they will work until the last minute. They will be judged by the rapport they forge and the quality of skits they come up with under time pressure.”

Gladys Guevarra, another “Laff” judge, gave this advice when doing live comedy: Lose all inhibitions. “You cannot afford to be timid; you cannot second-guess yourself … but that does not mean you can be rude, either,” she told the Inquirer. “You have to own that stage. Gauge your audience and immediately start a connection.”

Doing live comedy is no joke, added Gladys, who is having a career resurgence on television, playing the character Chuchay on “Sunday PinaSaya,” another live variety program. The seasoned performer said that it is important for a comedian to have the ability to compartmentalize his or her feelings.

“You have to get used to setting aside your problems—your job is to make people happy,” she pointed out. “When you’re done, you can go home and cry.”

Read Next
Meet Xian Lim, the pianist
EDITORS' PICK
vivo brings to the Philippines a powerful smartphone with a slimmer body, the vivo Y02s for only PHP 6,499
Apple warns of flaw that lets hackers into iPhones, Macs
46% of schools nationwide to have full face-to-face classes on Aug. 22
House energy committee chair Arroyo bats for cheap electricity
What to watch out for when selecting a video surveillance solution
Heads may roll at BOC, says Palace if sugar smugglers are allowed to use recycled import permits
MOST READ
DepEd to give teachers P5K cash allowance within first week of classes
Dressing the dead: Indonesian villagers clean corpses in afterlife ritual
DOJ indicts bank officer in $2.1 billion Wirecard fiasco
Mayor bares issues vs closed QC school
Don't miss out on the latest news and information.