Netflix to stream all Disney movies 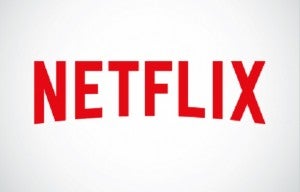 The phrase “Netflix and chill” could very well be changed to “Disney and chill.”

Internet-television giant Netflix announced Thursday that it would start streaming every single Disney movie in its stacked archives.

A report on eonline.com said that starting September, users with paid subscriptions would be able to enjoy a wide variety of Disney classics including theatrical releases from Marvel, Pixar and  Lucasfilm studios.

@netflix will be streaming every Disney movie. This is a dream come true #DisneyFreak https://t.co/w5Cfo6b6WB pic.twitter.com/VWaVDcZF5U

Upon the announcement, an array of of ’90s Disney animated films  were removed from the site, including Hercules, Mulan and the Hunchback of Notre Dame.

The flicks, meanwhile, would be reinstated once the deal takes place, the report said.

Netflix has received universal acclaim from binge watchers for its vast variety of TV shows and documentaries.

However, its movie selection has been underwhelming for lack of viable options, which most likely led to the partnership with the famed entertainment conglomerate.

This will be the first time Disney’s library of movies is going to a non-cable entity. Khristian Ibarrola