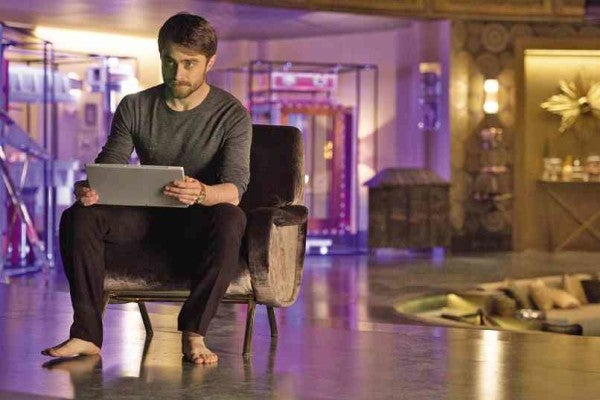 HE PLAYS a demented entrepreneur in “Now You See Me 2.”

The play, written by Jack Thorne based on a new story he penned with JK Rowling and John Tiffany, and set to open in July, was one of the topics we discussed with Daniel Radcliffe in a recent chat. Dressed casually in a black polo shirt and jeans, the London native was his usual genial self in a meeting room at the Mandarin Oriental New York Hotel.

The actor who broke through as the titular boy magician in eight blockbuster screen adaptations of JK’s novels is back in the magicians’ world in director Jon M. Chu’s “Now You See Me 2.”

Asked about his return to wizardry, Daniel flashed his boyish grin and admitted, “It was stupid of me because I didn’t even make that association, and no one is going to believe it when I say that. But I really didn’t see that when I read the script for ‘Now You See Me 2’—because the magic is so different from anything that is in ‘Potter,’ and characters are also very different.”

Daniel portrays Walter Mabry, a wealthy but demented entrepreneur living in Macau who once loved magic and now, has kidnapped the Horsemen, played by Jesse Eisenberg, Woody Harrelson, Dave Franco and Lizzy Caplan. Daniel and Lizzy are the newcomers in the sequel, which also sees the return of Mark Ruffalo, Michael Caine and Morgan Freeman.

The former child actor, continuing his break from PG fare, also stars in “Swiss Army Man,” which Rolling Stone described as the “craziest movie” in the Sundance Film Festival early this year. Daniel plays a farting corpse who still has erections and is spotted by a suicidal castaway (Paul Dano).

Daniel Scheinert and Dan Kwan won the US dramatic directing award in Sundance for the film which Radcliffe took on because of its “insane, fun and ambitious script.”

The play, “Harry Potter and the Cursed Child,” opens in July in London. Will you see it?

I don’t know if I would. Because I feel like me going to see that show, it might become more about the fact that I was there seeing that show that night than anything else.

Sneak in. Are you following the play’s progress?

Do you really think that’s possible (for me to sneak in) (laughs)? No, I haven’t been keeping tabs. But I know Jamie Parker is playing me (Harry), which I’m very happy about, because he’s a great actor.

You see Emma Watson often, but do you get to see Rupert Grint?

Not for a while. I saw him I guess at the beginning of the year, or the end of last year.

One of the concepts of magic is tricking a person into believing that they’re seeing something that wasn’t done. In real life, have you ever felt duped in that sense?

I don’t think anyone has ever tried to scam me. There’s been a couple of weird instances in my life of somebody saying they were going to do something and then not doing it.

But nothing sort of dramatic where it was a betrayal.

One interesting aspect of your character is the father. Was there something that your own dad did that still resonates with you?

Obviously, my relationship with my dad is much better than my characters’ relationships with their dads. My dad has been incredibly influential to me in countless ways.

I remember one piece of advice that he gave me when I was very young, which I have always stuck to. I remember him just saying, “When you meet people, make sure you always get your hand out first to shake their hand.”

It’s just a matter of showing enthusiasm that you are meeting them. It’s manners.

In working with the great Michael Caine, what surprised you about him? What’s your earliest memory of watching him?

Growing up in England… he is someone that you grow up being aware of as an institution. He’s everything that I want to be when I grow up as an actor.

When I first started working on “Potter,” there were crew members who have known Michael and had worked with him on various projects. To listen to them talk about Michael and the respect that they have for him, it made me, as a young actor, go, “God, I want to do that.”

When you work with him, he is utterly professional and also really good fun. He enjoys his job so much. I do love my job and I am thinking, if you aren’t having fun at work, you shouldn’t be there.

So many other actors would have been complaining and moaning. Michael is unflappable, and he’s still having a good time, telling stories, joking and laughing. He knows everyone’s name. It was a pleasure to be around him, to watch him work and to work with him. It was extraordinary.

Whenever I need a bit of a boost, I just go on Michael Caine’s IMDb page.

Your costars in this movie are impressed that you nailed six pages of lines in one take.

I don’t think I should get that much credit for learning my lines.

They marvel at your concentration.

I get really annoyed with actors who talk about eyeline stuff. Like, I saw an actor once single out a crew member. They stopped the scene. He went like, “You just moved—and it ruined the take.”

The whole time, I was thinking, this guy is an actor who works onstage like most of us do. If a phone goes off or something happens, you carry on, concentrate and act around it.

You made an interesting project choice in “Swiss Army Man.”

I chose it because I was like, this is such an insane, fun and ambitious script that I wanted to be a part of it. I don’t find the film shocking. It’s grossly funny sometimes, but not in a way that hasn’t been covered before.

The film’s individual elements are such that you can pull them out and make fantastic, crazy and amazing headlines. 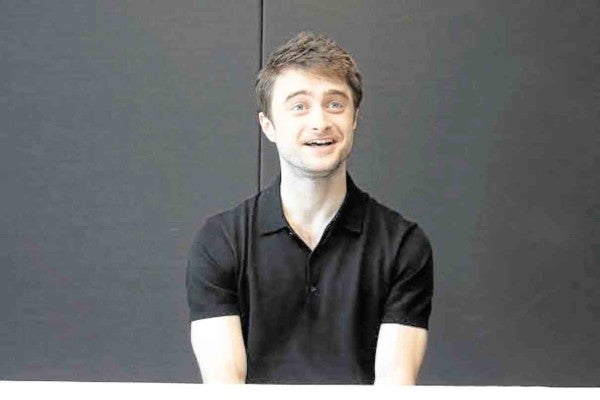 Are you avoiding romantic-comedy roles?

“Swiss Army Man” sounds like a dark character because I’m playing a dead guy. The film does have its dark moments, but it’s got a lot of levity and joy. For me, that film is about joy. It isn’t a traditional rom-com, but it’s definitely got some lightness to it.

So, it has nothing to do with shying away from a sex symbol tag?

No, I am totally ready to have that thrust upon me, that’s fine (laughs). But yeah, I do what I am interested in and what I like.

What do you enjoy in your summer vacations? What are your guilty pleasures that you spend your money on?

To be honest, when I have time off, I go home. That’s my favorite thing. So my favorite summer vacations are in London or New York. Just because if I get time off, that is where I am going to spend it.

I don’t spend money frivolously. My guilty pleasures are ice cream and cookies and stuff like that.