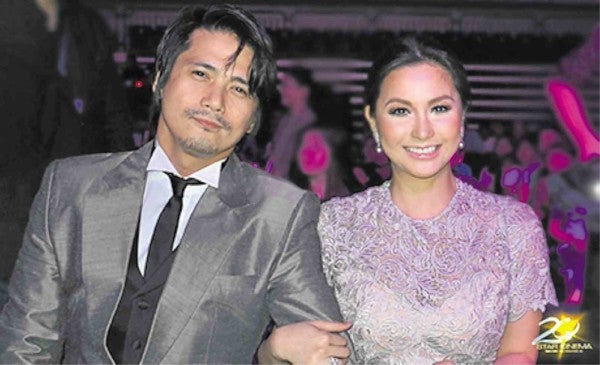 “My blood is attacking the baby, thinking that it’s something foreign,” she explained to reporters present during her and husband Robin Padilla’s contract-signing ceremony as endorsers of Hotel Sogo on Tuesday night.

To address this problem, Mariel said she has been taking Heparin shots “so that the nutrients from the food I eat can go to the baby.”

“I do this twice a day, once in the morning and again at night,” she explained, adding that she is also suffering from gestational diabetes. “So I check my blood sugar levels thrice a day and take insulin.”

Robin said it would often pain him to see Mariel get injection bruises on her thighs. “But I can see that she is happy with her decision, even if she is suffering physically. I just try to understand her and sympathize with her,” he added.

The actor said he would support Mariel “by letting her do what she wants” to get pregnant.

He continued: “You see, I didn’t allow her to take those shots for her first two pregnancies. That was probably why she experienced miscarriages. I blame myself. I just thought it’s not organic. I finally agreed because this is what makes her happy.”

According to Robin, it is not just Mariel who is “suffering” because of her pregnancy. “There has been no contact between us for three months now—doctor’s orders! I can’t wait for the baby to come out para naman maka-score na ako.”

He admitted to feeling jealous of the baby growing inside his wife “because it has become the center of her life.”

Mariel explained: “I had spotting for a while. This was why I was absent for almost a week in ‘It’s Showtime’ a few months back. My doctor ordered bed rest.”

Mariel said she would keep on working for as long as she could. “Robin said he doesn’t see that hosting ‘It’s Showtime’ is giving me any stress. It’s actually cheering me up. The people there are all so nice and understanding. I just go on-cam for the program’s opening. I then sit in one corner until it’s time for my portion on the segment ‘Tawag ng Tanghalan.’”

If it’s a girl, the baby would be named Maria, which is Mariel’s real name. If it’s a boy, he will be named Fernando, Robin’s second name. Mariel, an American citizen, will give birth in the United States.