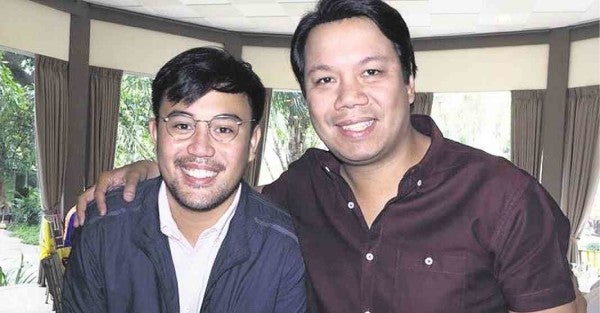 CHRISTOPHER “Toff” de Venecia was one of my photography students when he was a teenager. When his cousin, Edward Maceda, ran as councilor of Manila for the first time, I took Edward’s campaign photograph at my studio.

Their mothers are sisters—former Rep. Gina Vera-Perez de Venecia and movie industry stalwart Manay Ichu Vera-Perez Maceda. Toff’s dad, Joe de Venecia, served as Speaker of the House of Representatives for five terms, while Edward’s dad, Ernesto Maceda, was a former senate president. The cousins were recently elected as congressmen—Toff in Pangasinan, and Edward in Manila.

Last May 21, a victory party was held at the Sampaguita Gardens to celebrate their victory. After college, Toff, a former child star, pursued a career in journalism and founded the Sandbox Collective, a theater company that has produced exceptional plays. For his part, Edward has served as councilor of Manila for the past 18 years.

Toff and Edward acknowledge that they have big shoes to fill. Toff stated, “I’m a millennial—and I believe that young people are vital to the community because, like us, they’re energetic, passionate and full of ideas!”