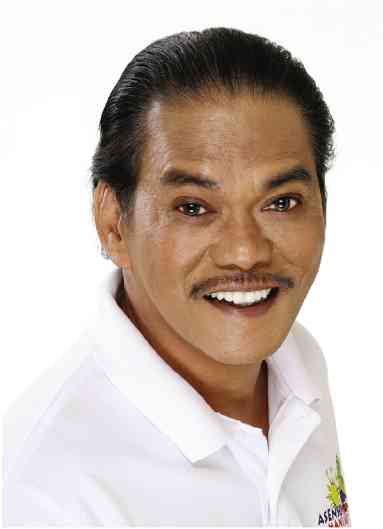 LEO PUNZALAN, theater actor: “Lou Veloso’s political career may not be that rosy these days, but he still has a lot to be thankful for. After being adjudged best actor by the Young Critics Circle for his dramatic turn in ‘Da Dog Show,’ he scored a double nomination from Urian—for ‘Da Dog Show’ and ‘Taklub.’ These are much-deserved accolades for the versatile actor!”

Denise Eleazar, student: “Jaclyn Jose’s best actress win in Cannes is another boost to our show biz industry. I found it instructive when she shared that director Brillante Mendoza instructed her ‘not to act’ at all, just be natural and follow her instincts. This is one lesson that many of our local actors who are ‘akting na akting’ should learn.”

Jose Mari Maycacayan, marketing consultant: “Presently, in my view, there are two outstanding male television hosts: The first is Drew Arellano (of ‘Biyahe ni Drew’), who’s articulate. Then, there’s Luis Manzano (‘Family Feud’), who’s a fast thinker and has a sense of humor. I miss Ariel Ureta’s hosting, though. He should have his own TV program.”

Teresa Inot, housewife: “One fine singer and actress whom I admire is Zsa Zsa Padilla. I was happy to hear that she had found a new love. So, when I learned about their unexpected break-up, I was heartbroken for her. It could be a ‘sign’ for her to prioritize acting, for now.”
Jude Catan, student: “Morissette Amon deserves the breaks she’s getting. With those powerful pipes, she’d be perfect for the female lead in ‘Rak of Aegis!’”