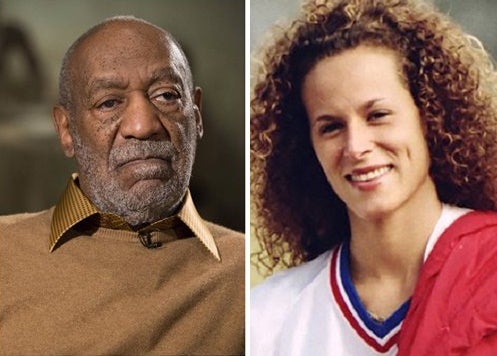 A US judge has ruled that disgraced comedian Bill Cosby (left) will stand trial for a sex charge. Of the dozens of allegations against Cosby, the accusation of Andrea Constand is considered most likely to go to court. AP FILES

NORRISTOWN, United States — Disgraced US megastar Bill Cosby must stand trial over accusations that he sexually assaulted a woman after plying her with wine and pills at his Philadelphia home 12 years ago, a judge ruled Tuesday.

The pioneering black comedian, who faces up to 10 years in prison if convicted, looked subdued and kept his eyes down as he left a county court house in Pennsylvania, dressed in a gray suit and floral tie, leaning on a member of his entourage.

Going to trial cements a brutal fall from grace for the once treasured father figure, apparent model citizen and award-winning comedian who smashed through racial barriers and delighted audiences with his gentle, self-deprecating humor.

But in recent years, more than 50 women have publicly painted him as a serial sexual predator who plied victims with sedatives and alcohol to have sex and make them unable to resist his advances.

Those allegations have seen celebrity pals and millions more malign the legend who attained his greatest fame for his role as a lovable obstetrician and family man in the hit 1980s television sitcom “The Cosby Show.”

The vast majority of the alleged abuses happened too long ago to prosecute, meaning the only criminal charge brought against him stems from the 2004 allegations from Andrea Constand, who worked for the Temple University basketball team and now lives in Canada.

Judge Elizabeth McHugh ruled after a three-hour hearing in Norristown, just outside Philadelphia, on Tuesday that there is enough evidence to justify a trial. “Good luck to you sir,” she told Cosby at the end.

“Thank you,” he replied, making no further comment. His legal team denies the actor did anything wrong and say that he is now almost blind.

The former star posted bail at $1 million in the case in December, but has yet to enter a plea and a trial date has yet to be determined.

If he pleads guilty, he can still avoid the enormous publicity that will come with one of America’s most famous entertainers going on trial.

His reputation was shredded further Tuesday by an admission of having sex with at least two teenage girls, made in his deposition in the Constand suit and revealed by US media.

He also said that “five or six” models were brought to his studio each week during filming of one of his sitcoms.

Cosby has become a pariah since an avalanche of women accused him of feeding them pills and having sex with them over four decades.

“We’re going to move forward on the case and consequently look forward to getting a trial date,” he added.

Constand, 43, did not attend Tuesday’s hearing but Katherine Hart, a detective who took her original deposition in January 2005, read out passages from its transcript detailing the alleged assault.

Cosby plied Constand with pills and wine, then sat her down on a couch, where the actor allegedly fondled her breasts, put his fingers in her vagina and put her hand on his erect penis, according to the deposition transcript.

Lawyer Brian McMonagle said she had chopped and changed her evidence, and omitted from the final version having laid down on a bed next to the actor and having visited his home for dinner after the alleged assault.

Cosby’s lawyers insist that his relationship with Constand was consensual.

“Though the court decided the government reached the low threshold required for today’s preliminary hearing, we have no doubt this case ultimately will be resolved in Mr Cosby’s favor,” McMonagle said later on Tuesday.

Cosby has admitted giving Constand a pill and accused her of lying about the assault.

The case was initially settled by a civil suit in 2006 but prosecutors reopened the case by saying that new evidence came to light in July.

Cosby’s most famous role was as Cliff Huxtable, the affable father of an upper middle class black family in New York, in “The Cosby Show” from 1984 to 1992.

It was one of the most popular TV series of all time and jettisoned the actor into a life of fame and millions, following a humble childhood during which he was raised by a maid and a US Navy cook.

Cosby served in the Navy himself and won an athletic scholarship to Temple, before moving into standup comedy. In addition to television, he wrote books and appeared in movies.

His wife Camille has stood by his side. The couple have five children. Their son Ennis was shot dead in 1997 while changing a flat tire in California.