PERHAPS these battling beauties can topbill a local remake of the Hollywood teen flick, “Mean Girls.”

Bubbly Starlet and Pretty Chick tried to act “chummy” on the set. Alas, they couldn’t stand each other, and soon, the festering crisis came to a head.

According to scuttlebutt, PC successfully pulled strings that led to BS’ departure. Indeed, PC can be a tad spiteful.

But then again, BS isn’t a weeping martyr either. It’s not the first time for BS to get sacked after squabbling with a colleague.

Last time BS had an altercation (with Major Star who’s equally ferocious), the fallout was quite messy, too.

CC had been desperately trying to catch the attention of Controversial Youngster for so long.

CC waged a “flirtatious” campaign to catch CY’s eye. At first, it was an epic fail, because a creepy poser responded to CC’s “bait.”

However, CY soon got in touch with CC—restoring order in this budding belle’s universe.

Sultry Starlet made a fool of herself in public for the nth time.

Expensive bubbly was flowing freely all night. Unable to say no to freebies, SS had one drink too many. By the end of the party, SS was spotted crawling on the dance floor—drunk as a skunk.

SS was a hot mess!

SS’ so-called buddies acted as if they didn’t know the poor souse. No one bothered to help SS, who is notorious for being ill-tempered and rude.

Handsome Charmer passes himself off as well-mannered and good-natured in his dealings with the press.

Behind closed doors, however, HC turns into a monster.

Who knew this fair-haired boy can be such a meanie?

Seems stress got the better of Vociferous Personality.

In front of the camera, VP acts so cool and calm. Away from the prying eyes of media, however, VP can be brash and uncouth.

Onlookers were shocked to see VP’s true colors exposed during a high-profile event.

Although VP eventually apologized, it came too little, too late.

Mariel Rodriguez, who has miscarried twice in the past, on her current pregnancy: “I’m so happy… I’m three months pregnant!” (Go, girl!)

Vicki Belo clarifies earlier reports that her surrogate baby with Hayden Kho, Scarlet Snow, was born off a donor’s egg and not hers: “She is 100 percent our daughter.” (TMI!) 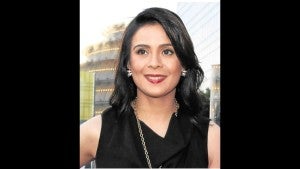 Dawn Zulueta on responding to online bashers: “The only reason I address them once in a while is to let them know that you can’t just do this to us.” (Good for you!)

Piolo Pascual  on taking a break from social media: “You get to do other things… I want to simplify my life.” (When in doubt … block!)

Louise de los Reyes on showing more skin on TV: “For myself… something to be proud of, na naging mas fit ako.” (There are other ways to feel good about yourself.)