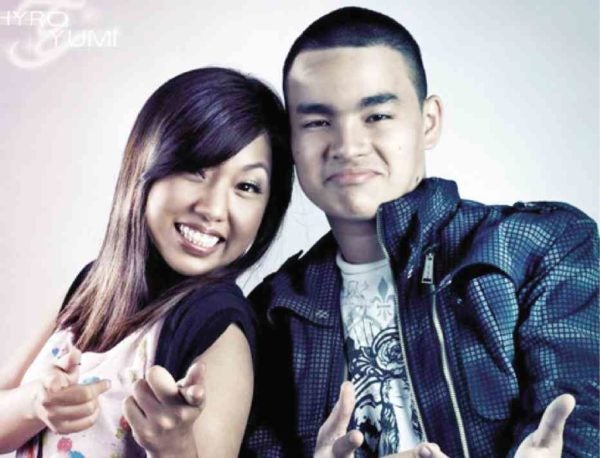 IN TODAY’S local pop music scene, one would be hard-pressed to find songwriters more in tune with the sensibilities of young listeners than the award-winning duo of Thyro Alfaro and Yumi Lacsamana, who have, in the past three years, crafted some of the catchiest bops and ballads for some of the industry’s most popular artists.

Their production is slick, oftentimes laden with R&B-inflected beats. They write their lyrics mostly in conversational Filipino, with occasional code-switching. But more than anything else, the aspect of their music that makes it uniquely Thyro and Yumi’s, is their strategic use of repeated syllables and words as a device to subconsciously induce “last song syndrome.”

For Yumi, everything in life follows patterns. And the songwriting style she and Thyro employ, she pointed out, is merely a reflection of that.

“We may notice it or not, but we follow patterns, routines in our lives. We believe that if you put an easily discernible pattern in your material, it will stick easier to the listeners, even without them exerting a conscious effort to learn the words,” Yumi told the Inquirer in a recent interview.

Incorporating such songwriting flourishes may seem simple, but it is in fact an incredibly tricky process.

“You have to know how to use these patterns—melodically or lyrically—and when and where to use them … They have to jibe with the overall sound of the song. And if the pattern feels right, it will make a mark on your audience,” she said, adding that the kind of language used is a vital factor.

“It has to be relatable. And when we do use a more obscure word, we make sure that we have something to balance it out,” stressed Yumi, who likewise won with Thyro the 2015 edition of the PhilPop contest, with “Triangulo”—an entry that they performed themselves along with Jeric Medina.

While their current style resonates with their audience, especially the youth, Thyro and Yumi—who are in a romantic relationship—know very well that they could not rely or default to the signature, tried-and-tested ways of composing songs for the rest of their careers.

Trends in music are ever-shifting, Yumi said, so you should either adapt to them or create one.

Their works have thus far been used in movies, television commercials and various shows, such as ABS-CBN’s “On the Wings of Love”—which starred James Reid and Nadine Lustre, who have also recorded tracks written by the duo—and  even the kalyeserye segment of GMA 7’s “Eat Bulaga.”

Thyro and Yumi themselves are proficient vocalists and entered the industry with the dream of being known as such, in addition to being prolific composers.

In 2011, they released their self-titled debut album whose smooth jams echo the sound and vibe of late ’90s and early 2000s R&B.