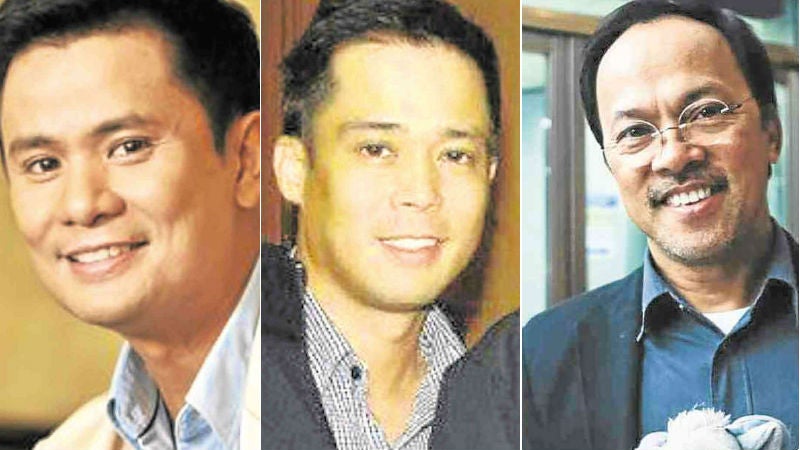 Before we can look forward to the coming change in government, we ought to look back and see how far we’ve come.

I asked some celebrities who are close to President Benigno Aquino III to share their fondest memory of P-Noy. Being the brother of Kris Aquino has thrust him into show biz (whether he likes it or not). Personally, I was moved by his heartfelt eulogy for my beloved Tita Letty Magsanoc.

Before P-Noy steps down, it is only fitting to pay homage to him. Despite all the flak, he still has redeeming qualities, somehow.

Ogie Alcasid: I won’t ever forget the times when we would listen to music. He would play one CD after another and talk about the tracks, the musicians and singers involved, and also the sound that the tracks produced. He is a real music fanatic.

I also can’t forget when he paid his respects to my late father-in-law, Mang Gerry (Velasquez). The wake was in Bulacan, yet he made sure that he went.

Noel Cabangon: The amazing part of him (P-Noy) that Pinoys don’t know is his love for music. He brings with him his audio gadgets wherever he goes. He has a diverse music collection.  He’s a certified audiophile. Having him as guest when I celebrated my 48th and 50th birthdays was really an honor.

Jim Paredes: P-Noy invited us to his house after being sworn in as OPM officers in Malacañang. We went to his music room. Apparently, he loves music. A real afficionado. He showed us his stereo.

He asked me to sit in his favorite chair to listen. I asked him what his speakers were. Then, he said he bought it second-hand. He also said that his amplifier was a demo unit in the store where he bought it, so he got it cheaper.

Dingdong Avanzado: It was memorable when we were sworn in as the new board of directors and officers of OPM in 2010. After the induction, we had a merienda get-together in Malacañang, where we got to be seated in one table with President P-Noy. He suddenly mentioned that I used to be a city councilor in Quezon City. I just appreciated the fact that he took time out to make conversation with me, and it showed me that he has good memory.

After that, he took us on a personal tour of the side of Malacañang where he spends his quiet time to relax—his music room. He showed us his collection of records and CDs. We got to experience a down-to-earth and human side of him, which I don’t think many people get to see.

Actor-turned-politician Jomari Yllana also shared with us the lessons he learned from the recent elections. Jomari, councilor of Parañaque’s First District, said: “With all the challenges and hardships I had encountered during the recent elections, I have firmly grasped the valuable notion of family solidarity. I cannot overemphasize the precious involvement of family members, who were there to support, guide and fight for you… Blood is indeed thicker than water.”

[Also,] differences in views can be detrimental if not handled with respect. Respect must be upheld at all times.”

I also want to clarify that Karina Bolasco retired from Anvil Publishing last April 29 and is just on call this month.