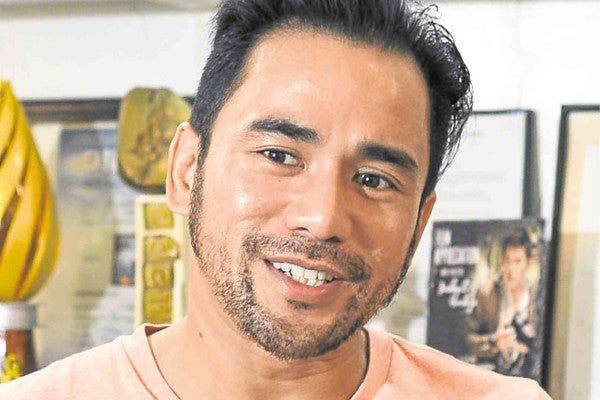 Acedillo’s film, “Kakampi,” is a finalist of the 2016 ToFarm Film Festival Philippines, scheduled from July 16 to 19 at select SM Cinemas.

“I submitted the script to other festivals, but it was never selected. So, I was glad to hear about ToFarm, because it promotes a specific topic—farming.”

The four-day event was organized by The Search and Award for the Outstanding Farmers of the Philippines (ToFarm), together with Universal Harvester Inc.

The festival revolves around the theme, “The Plight of the Farmer: His Trials and Triumphs,” and highlights the aspirations of Filipino farmers and their journey to success.

The six participating films each received a seed production grant of P1.5 million.

“Kakampi” is a true story of a cab driver that Acedillo met 10 years ago. “He was being sent to the province to perform an indigenous farming ritual that was no longer being practiced. His grandfather was supposed to have passed on the knowledge to him before the former died. The film tells of his journey in rediscovering the ritual,” Acedillo told the Inquirer. “I couldn’t recall which crop they were planting so, in my story, I wrote lanzones because we wanted to shoot the film in my home province, Camiguin.”

The story, Acedillo explained, was important to him because he felt that “people were starting to lose their connection to nature. We just buy food from the market and don’t really care how it was produced. We have no idea how valuable they were to the farmers who grew them.”

Acedillo described returning home to Camiguin and filming there as “difficult but fulfilling.” He conducted acting workshops and trained people to work as production crew members.

Sevilla was also impressive, said Acedillo, “because, at her age, she is still full of energy. She’s crazy! She would crack jokes on the set.  Tita Glo is the opposite of Neil, who is very quiet and introspective.”

The director said he was lucky that his seven-day shoot in Camiguin had been a breeze. “The only problem was looking for the farm with the right look. We wanted a farm that is vast and has monocrop. They don’t have a lot of that in Camiguin. We had to look around the island to find one, as well as that all-important balete tree.”

He added: “We climbed mountains and looked for the perfect beach. We did this so that the movie would be visually fascinating.”

Read Next
Pampered starlets incur the ire of colleagues
EDITORS' PICK
Geek out at TOYCON 2022 powered by Smart Signature
UK’s Boris Johnson will resign, BBC reports
High-risk pregnancy: Reducing your risk is in your hands
House energy committee chair Arroyo bats for cheap electricity
High inflation: Your P1 is now worth only 87 centavos
Unemployment rate up to 6% in May
MOST READ
Suspect in grisly killing of missing woman in Bulacan arrested
Bankrupt Sri Lanka asks Putin for fuel, tourists
Kim Atienza’s daughter flaunts bikini body in response to critics of her ‘revealing photos’
Bongbong Marcos’ first order: Abolish PACC, Office of Cabinet Secretary
Don't miss out on the latest news and information.