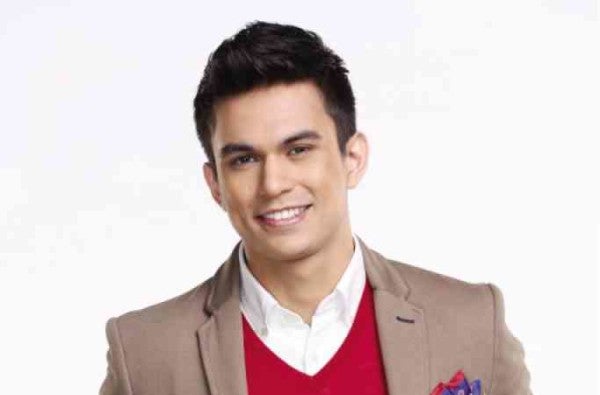 It was not his original intention, but actor Tom Rodriguez found himself getting a crash course in social issues—specifically, the plight of overseas Filipino workers (OFWs)—on the set of his new indie film, “Magtanggol.”

Initially, his primary goal was to tackle a role that’s out of the box. “Among my contemporaries, I look up to Dennis Trillo and Sid Lucero, who transform into their characters in the indie movies they make.”

In the action-thriller directed by Sigfreid Barros Sanchez, Tom portrays a senator who comes from a family of politicians.

“Several scenes were shot in the Migrante office,” he recalled. Migrante is a nongovernment organization that seeks to protect the rights of OFWs. “We learned about real-life atrocities committed against our countrymen abroad.”

It was an eye-opener in more ways than one. The most “shocking” incident involved an OFW who suffered burns after being hit with a flat iron by an employer. “They endure not only physical, but also emotional abuse,” he explained.

These “transgressions,” he pointed out, were not “gender-specific.” “Not only women, but men are victimized, as well.”

In light of the raging election fever, “Magtanggol,” he said, is very “timely.”

The film will open on May 18, nine days after the national polls. “I hope Filipinos would regain their voice and would vote wisely,” asserted Tom, who’s Filipino-American.

He expressed the wish that Filipinos would feel “empowered” after watching the movie. “We are resilient,” he said. “We will persevere. But we shouldn’t lose hope. Throughout our history, we’ve always shown strength and courage as a people.”

A dual citizen, Tom made it a point to register so he could vote in the election. “It’s important for me to play an active role in the electoral process, because I’ve chosen to raise my family in this country. It is my responsibility as a Filipino,” he related.

He said that he is eyeing a leader who will prioritize “economic growth.”

“Look at our neighbors in Southeast Asia,” he remarked. “(The hotel) Marina Bay Sands in Singapore is owned by a company that’s based in the United States. It generated numerous jobs not only for Singaporeans but for Filipinos, too.”

Perhaps the next President should consider opening up the economy to foreign investors, he said. “If we have decent, well-paying jobs here, our countrymen need not work abroad. They will be able to stay here and guide their children, the future of our nation, properly.”

He also raised “the possibility of looking into a parliamentary system of government.”

He said that straddling two cultures has opened him up to “various concepts and ideologies.” “I learned a lot from my father (an American) and my mom (a Filipino),” he said. “And these days, there is no reason to be uninformed. Technology has become so advanced, you can easily find the information you need online.”

Speaking of inquiring minds, what’s the latest on his relationship with screen sweetheart Carla Abellana? They were recently reunited in an episode of the GMA 7 drama anthology, “Karelasyon.”

“It’s always a pleasure to work with her,” he quipped. “Although I get to see her away from work, I missed hanging out with her on the set. She’s easy to work with.”

Pressed to elaborate, he volunteered, with a tinge of school-boy thrill in his voice: “Carla and I are very good!”