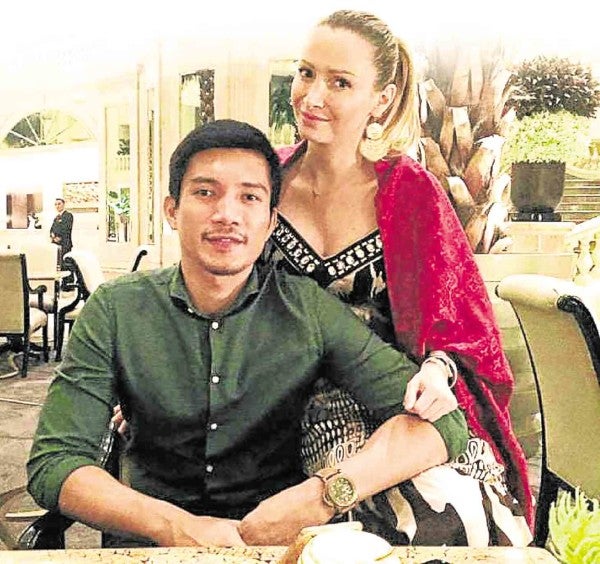 An intimate baby shower is in the works next month for James Yap and Mic Cazzola’s  coming bundle of joy. I am looking forward to attending the basketball-themed fete. What an appropriate theme!

Their son-to-be will definitely have the makings of a future PBA superstar like James. The fab couple will announce their chosen name for their baby during the party. Wouldn’t it be cute if they name him Dribbles?

This issue reminds me of what my late mom, Inday Badiday, used to say:

DJ Mo Twister is at it again. He seems to get a kick out of bashing Cesar Montano on his radio show on Magic 89.9.

Oh well, that’s Mo’s signature style. He lambasts celebs while he’s safely tucked in the comfort of his New York flat. He isn’t privy to Cesar’s personal life, so he has no right to judge why Buboy (Cesar’s nickname) had to post his picture holding the receipts of his daughters’ tuition fees.

Maybe next time Mo is in the mood to lambast Buboy again, he should do it face-to-face—like a real man would.

The hopeful romantic in me immensely enjoyed Viva Films’ “This Time.” We gave the movie a grade of A at the Cinema Evaluation Board. It grossed P15M on opening day. Nadine Lustre and James Reid’s chemistry onscreen has become even more potent.

The subplot about the romance of characters played by Freddie Webb (who portrays James’ grandfather) and Nova Villa (who plays Freddie’s long lost love) adds a deeper dimension to the film. My favorite scene is the one shot amid the cherry blossoms in Japan.

While watching “My Candidate,” I could not help noticing that lead stars Derek Ramsay and Shaina Magdayao have a common denominator: Their respective exes (Angelica Panganiban and John Lloyd Cruz) became a couple after their breakup.

Could that be why Derek and Shaina didn’t jell very well? Although they both turned in convincing portrayals, there was a missing ingredient in their tandem.

Heard that Angelica was supposed to play the role of Shaina. That would have been an interesting twist if sparks flew on the set.

The “Momshies” hosts’ (Karla Estrada, Melai Cantiveros and Jolina Magdangal) refreshing repartee is such a wonderful thing to wake up to.