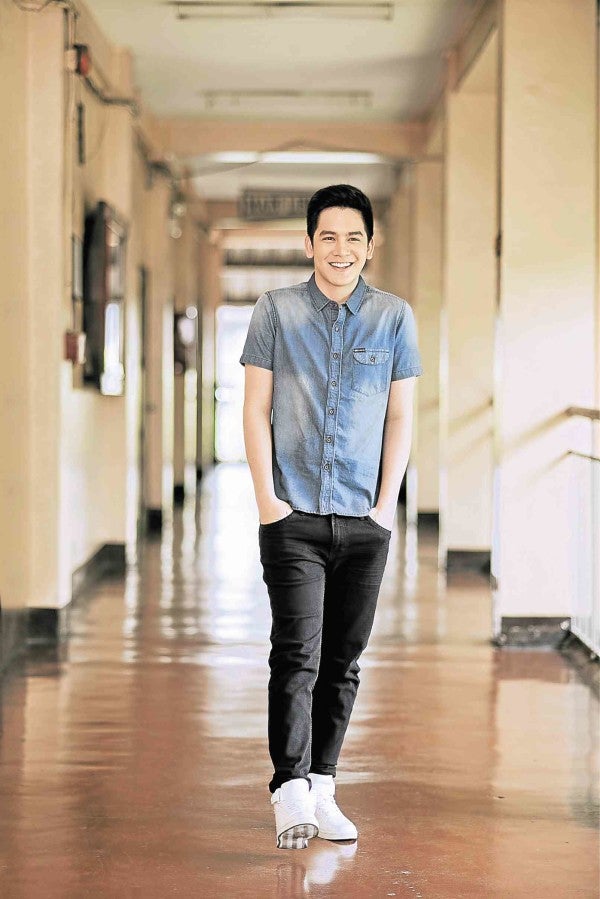 Teen actor Joshua Garcia, who placed sixth in the reality talent search, “Pinoy Big Brother (PBB): All In,” said experiencing fame  for the first time after spending six weeks inside the Big Brother house in 2014 frightened him.

“People were screaming and calling my name. When I got closer to them, they tried to pull me toward them. This was  traumatizing for me. Before I joined PBB, I was a nobody. I didn’t know anything about how show business worked,” the 18-year-old told reporters on Thursday at his launch as the newest endorser of the local clothing brand BNY.

The actor recalled: “Show biz life is different. It came to a point when I refused to go out and simply wanted to hide from people. Those who were concerned for me advised me to simply appreciate all the attention and learn how to be charming with people.”

Joshua said his mentor and uncle, Jerry Garcia, had told him to “just focus on my work and appreciate what I have right now. He said that this is a once-in-a-lifetime opportunity, so I should make the most of it.”

Uncle Jerry, who’s also a priest, took care of Joshua when his parents broke up some 10 years ago. “He gave me a lot of practical advice. He told me not to get into a relationship just yet, because I’m still too young,” Joshua shared with the Inquirer.

The actor, however, admitted to “liking” his onscreen partner Loisa Andalio, 17.

“That can’t be avoided,” Joshua pointed out, “because Loisa and I are very good friends. From among the show biz people I know, I’m closest to her. Her papa told me that it’s better if Loisa and I remain friends, because we’re still too young. I respect him.”

Joshua said he was aware of how an effective love team could boost an actor’s career. “People don’t want to be reminded of how much they’re suffering in real life. When they watch movies or TV programs, they want to be entertained. They want to recall the times when they were happy and in love,” he explained.

The young actor also said he was conscious of his striking resemblance to GMA 7 star Alden Richards.

Many people have already pointed this out to him, Joshua said. “On one hand, it is a good thing because at least they remember me as ‘Joshua, Alden’s look-alike.’ On the other hand, I have to work doubly hard to prove to them that I am a good actor based on my own merits,” he said.