Bullying is never fun as American rapper 50 Cent learned after netizens chastised him over a video showing him mocking a janitor at the Cincinnati Airport, Ohio, United States.

With the caption “The Walking Dead”, the famous African-American rapper snickered in the video, “What kind of s**t you think he took before he got to work today? He high as a motherf****r right here in the airport.” He scrutinized the janitor, who was pushing his cleaning supplies during that time, as a young man who was ‘high’ on drugs.

Despite the 40-year-old rapper’s tormenting rants, the janitor maintained his composure and serenity and ignored the ‘big bully’.

The cleaner happened to be Andre Farell, a 19-year old student with mild autism and ‘social difficulties’. The controversial video was later expunged from his social media accounts but reuploaded by a Youtube user, which has hit over a million views.

One Instagram user, who was a classmate of Farell, replied to 50 Cent,” I went to school with him…He has extreme social difficulties just to let you know. He has a hard enough time getting through life without jackasses like you making fun of him. I hope you feel good about yourself. You just lost a huge fan.” 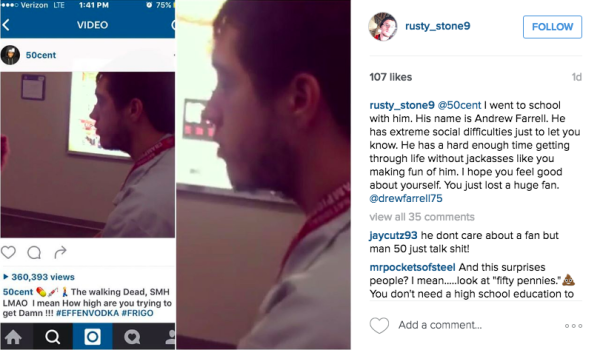 Farrell was showered with heart-warming messages from social media users. According to local news site Cincinnati.com, Farell was thankful for the pouring support he received and is pondering on filing a lawsuit against 50 Cent.

The rapper, whose real name is Curtis James Jackson III, has no statement on the incident. Gianna Francesca Catolico 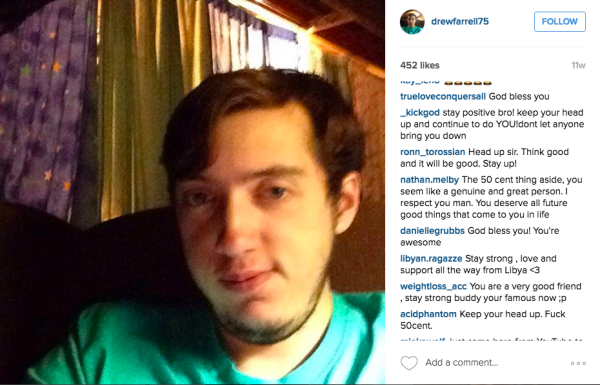 Read Next
Oprah Winfrey is protagonist in new HBO film
EDITORS' PICK
Tired of your Wi-Fi signal problems at home? Here’s a solution!
POVA x Mobile Legends Bang Bang: A partnership that’s built to win
Infants bundled off; no one hurt in PGH fire
OPINION: Mischief Reef – where it all started
Must-know scams to avoid when buying cars
Fire-damaged PGH calls for donations
MOST READ
Leonen impeachment case moves forward in House
Hot, humid weather for PH on Monday — Pagasa
Mischief Reef – where it all started
Woman believed to be dead wakes up minutes before her cremation
Don't miss out on the latest news and information.