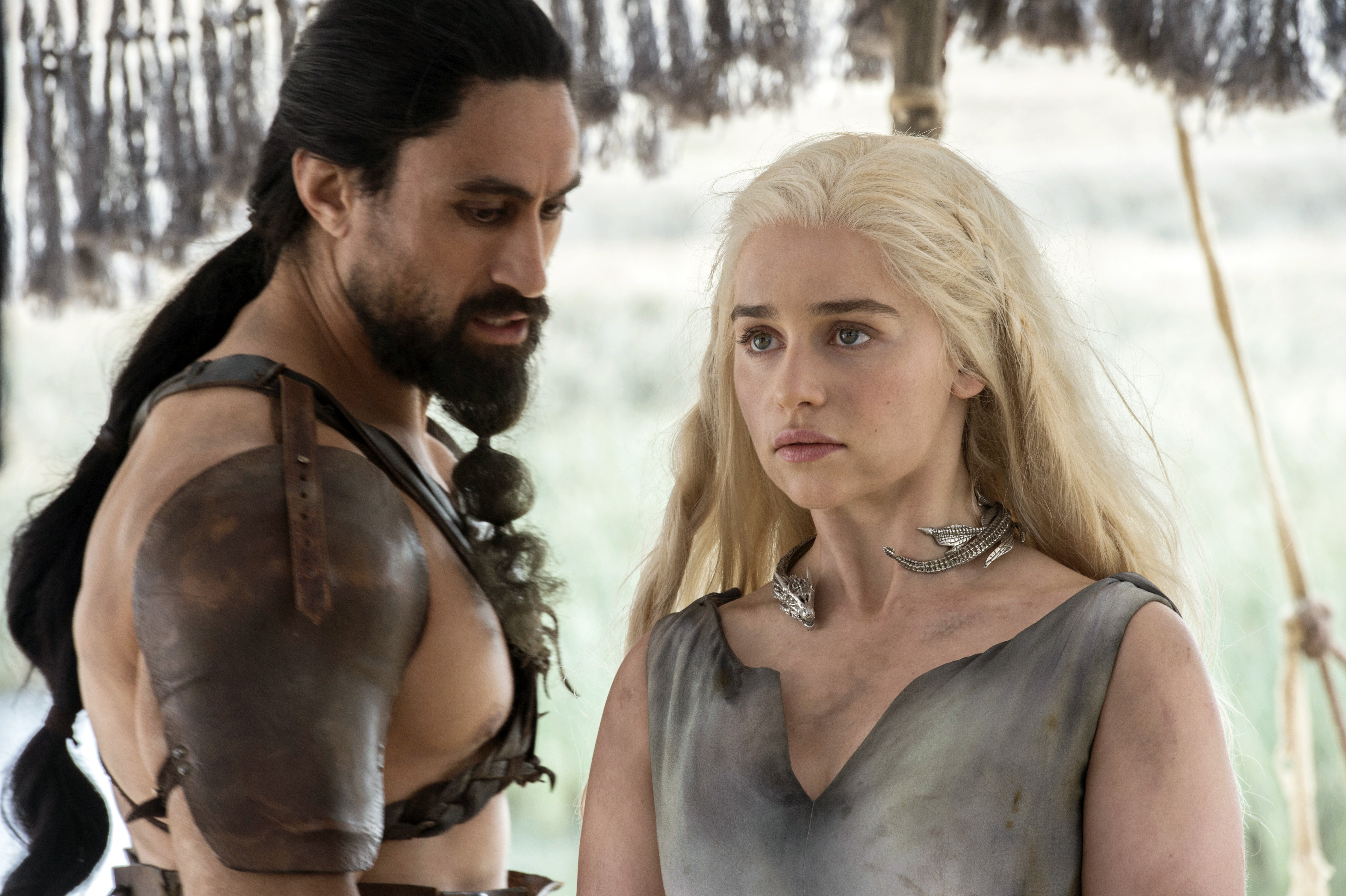 This image released by HBO shows Joe Naufahu, left, and Emilia Clarke in a scene from the season six premiere of “Game of Thrones.” Nielsen estimated that 7.94 million people watched ‘Game of Thrones’ at 9 p.m. EDT Sunday, when the episode first aired.  AP

NEW YORK, United States — The fantasy favorite “Game of Thrones,” the most popular series in HBO’s history, returned for its sixth season with what may or may not be the show’s most-watched episode ever.

It all depends on which Nielsen company measurement you look at. HBO’s experience is a vivid illustration of how new ways of watching television are imposing difficulties on people whose job it is to pin down how many people actually experience something.

Nielsen estimated that 7.94 million people watched “Game of Thrones” at 9 p.m. EDT Sunday, when the episode first aired. That would make it the third most-popular episode of the series ever, behind the season five finale (8.11 million) and the first episode of last season (8 million).

Add in people who watched the show’s first two repeats, along with those who streamed the episode within 24 hours, and viewership jumps to 10.7 million, HBO said. Because of the growing popularity of streaming, that number eclipses a similar count for last season’s finale (10.3 million).

Just to make it even more confusing, Nielsen does not count people who watched the episode as part of HBO’s free weekend promotion, because they are not regular subscribers.

HBO estimates that some 20.2 million people see each episode of “Game of Thrones” in the United States, when all the people who watch on a time-delayed basis are added in. It will be some time before a comparable number for the sixth season premiere is available, of course.

HBO said international viewing of the show is also strong: an estimated 2.2 million watched the season’s first episode in the United Kingdom — where it first aired at 2 a.m. Monday local time.

CBS easily won the week in prime time, averaging 7.8 million viewers. NBC had 5.3 million viewers, ABC had 4.7 million, Fox had 3 million, Univision had 2 million, the CW had 1.31 million, Telemundo had 1.27 million and ION Television had 1.25 million.

TNT was the week’s most popular cable network, averaging 2.74 million viewers with the NBA playoffs in full swing. Fox News Channel had 1.96 million, TBS had 1.51 million, HGTV had 1.45 million and USA had 1.4 million.