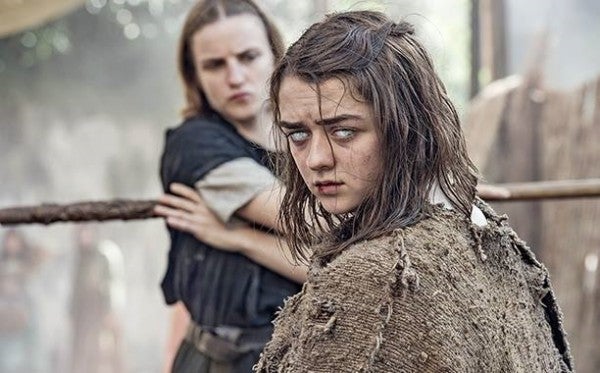 How we missed the opening notes of the theme song! And the music still lingers in the ears after the season six premiere of our well-loved fantasy drama series ended.

The first episode shouldn’t get our hopes up too high because Lord Commander Jon Snow is still dead. At least for the meantime.

He was seen lifeless on the ground in Castle Black, where he was killed in the last season, while his direwolf Ghost was howling in grief.

The priestess of the Lord of Light Melisandre and Ser Davos Seaworth saw his body. Both looked confounded over Jon’s death. And they couldn’t do anything amid hopes that Melisandre could resurrect the corpse.

Acting Lord Commander Alliser Thorne admitted before the members of the Night’s Watch that he and the other mutineers killed Jon. He justified the crime by claiming that Jon tried to destroy the Night’s Watch when he let the Wildlings enter their gates. He later offered Ser Davos and Jon’s friends a compromise: they leave the Castle Black or they die.

The most hated man on TV, Ramsay Bolton, meanwhile, showed humane emotions while mourning the passing of his lover Myranda, who was killed by Theon “Reek” Greyjoy as he and Sansa Stark tried to escape from Winterfell.

The new Warden of the North Roose Bolton was satisfied with their victory against Stannis Baratheon who tried to conquer the North. At the same time, Roose felt worried that Sansa’s escape would thwart their plan to keep the bannermen of House Stark as their allies.

Theon and Sansa was later seen running away in the forest until they heard Ramsay’s men coming. Theon declared to them that Sansa is dead. However, Sansa, who was ducking under a fallen tree couldn’t get away from the hounds’ sense of smell.

And the saving grace suddenly materialized in the persons of Brienne of Tarth and her squire Podrick. And they ravaged Ramsay’s men. (Hooray!)

Brienne reiterated her vow to protect Sansa as promised to the girl’s mother Lady Catelyn. And Sansa in turn accepted Brienne’s oath. (Another hooray!)

Jaime Lannister went back to King’s Landing from Dorne in his attempt to take his daughter Myrcella home. However, he failed, telling his sister-lover Cersei that the girl is dead.

Although emotionally devastated, Cersei seemingly accepted the bad news in a calm way. She even recalled a foreboding witch who told her the death of her children. (Good news is King Tommen is still alive!)

Queen Margaery is still imprisoned in a cell beneath the Great Sept of Baelor, with the female clergy Unella forcing her to confess the transgression she committed. But like the headstrong woman she has ever been, she refused.

In the region of Dorne, what could have been a peaceful morning turned into a violent meeting when Ellaria Sand stabbed Prince Doran Martell in the chest. Ellaria was obviously furious over the death of her lover Prince Oberyn, with which his brother Doran didn’t do anything. She said weak men will never rule Dorne again.

Trystane Martell, Prince Doran’s son and Mrycella’s supposed fiancé, was literally skewered through the back of the head by Obara Sand, who is Oberyn’s daughter and Ellaria’s ally.

Ser Jorah (The Explorer?!) Mormont, together with Daario Naharis, set out on a mission to look for Daenarys.  They later found a ring Daenarys dropped in a grassy area of a hill. Both men reckoned she was nabbed by Dothraki tribe.

The city of Meereen was in chaos after Daenerys Targaryen’s failure to liberate the people. Tyrion Lannister and Varys, who dressed as merchants, walked into the streets to check on the poor situation of the people as they try to control the city. Both expressed uneasiness due to the threat of attack by the resistance movement Sons of the Harpy.

Somewhere in Essos, Daenerys , the Mother of Dragons with no dragons at the moment, was captured by new group of Dothraki men.

With hands tied while walking under the searing sun, she was insulted by two warriors with offensive sexual remarks. It wasn’t until she revealed to Khal Moro who she is—the khaleesi to the deceased Khal Drogo—that she regained her glory.

Before her head was cut off, as Moro’s wives wished, Daenerys was offered to stay at the Temple of Dosh Khaleen in Vaes Dothrak, where she could live out her days with the widows of dead khals.

In the free city of Bravos, the blind Arya Stark was begging for coins when the Waif arrived to challenge her to a fight. Despite her will to engage in a combat with a stick as a weapon, she was still left beaten and bruised.

And “The Red Woman” Melisandre, from which the first episode was named, gave a much unexpected surprise on her real appearance. Before tucking herself to bed, she removed her necklace and there she was: an aging gray woman. (What a transformation!)

So what do you think of the episode? Share your thoughts below! RAM