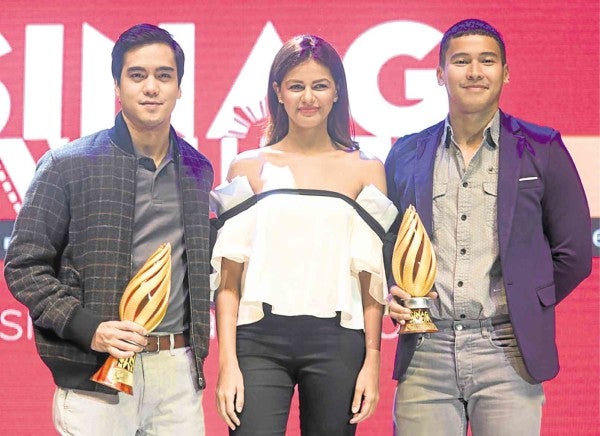 Veteran performers took the lead in the acting categories of the second Sinag Maynila film festival awards ceremony held at Samsung Hall of SM Aura in Taguig on Sunday.

Screen luminary Elizabeth Oropesa won best actress for her portrayal of a lonely mother who lives in a house standing on a fault line in Adolfo Alix Jr.’s “Mrs.”

Anson, who has been in the movies for the past 20 years, told the Inquirer  that he is dedicating his “unexpected” win to “family and friends”—mainly, his two daughters (ages 17 and 16) and older sister, industry stalwart Boots Anson-Roa, “who has been supporting and guiding me all these years.”

Anson, who has appeared in more than 60 films since 1996, said that “Expressway” is particularly close to his heart. “The script was originally for the late action star Rudy Fernandez and his son Mark Anthony Fernandez. I often acted as contravida or sidekick in Rudy’s movies.”

Anson had so much faith in the project that he “waived a huge chunk” of his talent fee and acted as the film’s producer. “This film is special because of the process… the journey I took with Direk Ato and [costar] Aljur [Abrenica].” 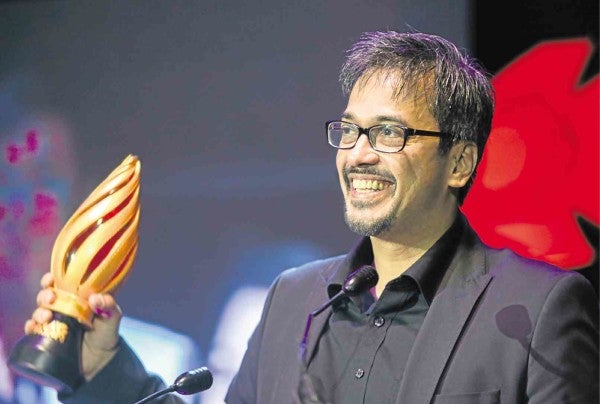 Oropesa, for her part, is hardly a first-timer when it comes to winning awards. “But my last best actress win was in 2000,” she told the Inquirer. That was for Joel Lamangan’s “Bulaklak ng Maynila,” for which she scored a rare grand slam, winning best actress in all the award-giving bodies that year.

Still, this new award is significant to her, she said, because it proves that “age doesn’t matter” when it comes to acting.

“I’m already old. Films like ‘Mrs.’ don’t come my way every day. Local movies often focus on the youth,” she pointed out. “In the United States and Europe, people value experience.”

Oropesa’s vast experience in the movies is nothing to scoff at—being an active participant in the second golden age of Philippine cinema, collaborating with National Artists Ishmael Bernal (“Nunal sa Tubig”) and Eddie Romero (“Aguila”) in the 1970s and 1980s. 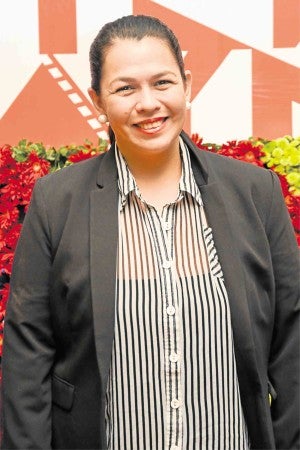 Working with the best instilled discipline in her, she remarked. “Also, we defer to the senior actors… When I worked with Charito Solis, nakayuko ako (my head was bowed) as a sign of respect, even though I had already won best actress that time.”

She shares her triumph with costar Lotlot de Leon. “It’s important to have good chemistry with your coworker. I’m lucky to have Lotlot as my scene partner.”

She is elated to work with the new breed of filmmakers from the indie scene—especially Alix. “Adolfo is amazing. Indie filmmakers, like Brillante Ma. Mendoza and Lav Diaz, show the world how good Filipinos are as artists,” she said.

Mendoza is founder of Sinag Maynila, while Diaz is part of the jury in the full-length film section, along with foreign festival programmers Roger Garcia, Philip Chea and Kenji Ishizaka.

Jury head Diaz praised the entries as uniformly “good… you can sense maturity in their handling of form and content.” 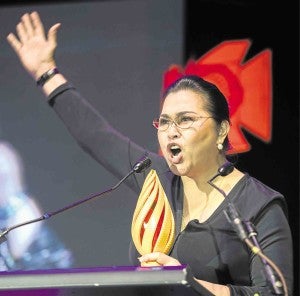 BEST actress Elizabeth Oropesa is ecstatic about the best film win of “Mrs.”

Said Alix: “Sinag Maynila gives directors the freedom to realize their vision. I am thankful to the jury for these honors.”

Cofounder Wilson Tieng said all the winners were deserving. Mendoza said the fest will include new sections, animation and documentaries, in its third edition next year.