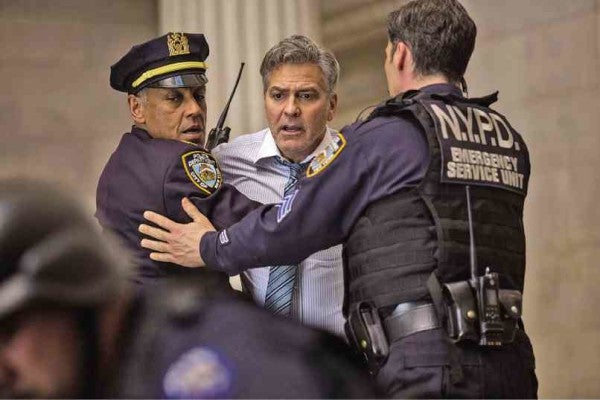 “Money Monster,” starring George Clooney and Julia Roberts and directed by Jodie Foster, will be screened at the 69th Cannes Film Festival, which will be held from May 11 to 22. This is Roberts’ first film to be featured at the international festival.

Clooney plays financial TV program host Lee Gates and Roberts is cast as his producer, Patty. During a tense standoff seen by millions on TV, they work furiously to unravel the mystery behind a conspiracy that threatens to bring down global markets.

The most downloaded mobile game of all time, “Angry Birds,” has become a film produced by John Coen (“Despicable Me”)—and viewers will finally learn how the birds got their name.

Directed by Clay Kaytis and Fergal Reilly, the animated feature is voiced by Bill Hader, Maya Rudolph and Peter Dinklage, and opens locally on May 11.

The Bistro Group celebrates with Batch 2016 with a big “Graduation Blowout”—25-percent off the total bill.

The offer is open to all Bistro Premiere Card (BPC, Limited Time Edition BPC and Bistro Visa) holders when they dine with a graduate at any of the Bistro Group’s restaurants, until May 31. Call 836-7141.

At The Red Light

Try the Nashville Hot Chicken at The Red Light (Felipe st., Poblacion, Makati) from Thursday to Sunday starting at 5 p.m.

Directors Joe and Anthony Russo want fans to choose sides when the film opens on April 27.

Senatorial candidate Jericho Petilla is keen on harnessing Pinoy talent both locally and globally, boosts initiatives against film piracy, and bats for official support and subsidy for the Filipino movie industry.

Garry Marshall’s “Mother’s Day” tells the intertwining stories of different mothers and a Mr. Mom, with the stellar cast led by Kate Hudson, Jennifer Aniston, Jason Sudeikis and Julia Roberts. The cinematic tribute to all mothers opens on May 4.