Joross now ready to make fun of his sex video 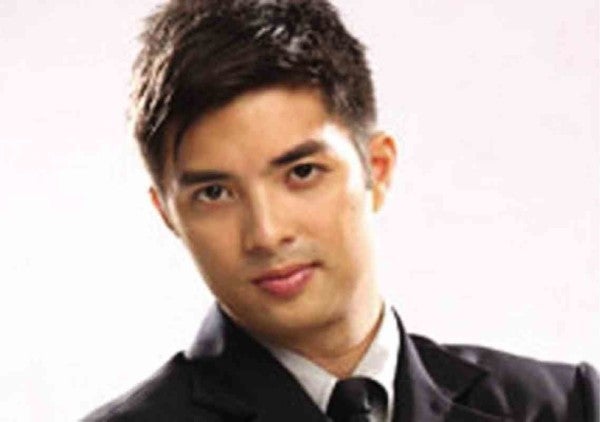 Joross Gamboa, as expected, wasn’t too keen on dwelling on the ruckus surrounding his sex video scandal, which leaked earlier this year.

But judging from his upbeat demeanor during a recent group interview, it did seem that the actor has already gotten past that rough patch, even poking fun at it at one point.

“If … you have already seen it, then I guess we really are close now!” he quipped, eliciting a round of chuckles from the entertainment press.

But that was as far as Joross was willing to say about the controversy. The 31-year-old freelance talent, who is now part of the coming GMA 7 primetime TV series, “Juan Happy Love Story,” would rather focus on his craft—more specifically, his plans of honing his scriptwriting skills.

“Writing has always been one of my interests … [I] did a little of it back when I was in school. Sometimes, when I go to malls, I find myself people-watching and just jotting things down,” Joross, who has undergone workshops facilitated by writer Ricky Lee, told the Inquirer.

“We were taught some basic formulas in writing scripts for mainstream movies. I want to continue this, because this is a dream of mine; I want to be better at it,” said Joross, a new father to a baby boy with his non-show biz wife.

The actor, who burst onto the scene through the reality talent search, “Star Circle Quest,” in 2004, had submitted some of his works to TV5 execs, he said. “I was testing the waters. I had written and contributed for some projects that, unfortunately, did not push through. ”

Joross added that he looks up to actor-filmmakers like James Franco, and would love to come up with a show similar to “Friends” or “How I Met Your Mother.”

On his acting career, meanwhile, Joross seems to be going the character-actor route, which he thoroughly enjoys. “I don’t mind it at all. Before, I did leading man roles, and I felt boxed in,” said Joross, who recently played a gay man in the indie film, “I Love You, Thank You.”

“Before long, I was doing villain roles and I loved it. From then on, I have been looking forward to tackling more offbeat characters,” Joross said. “I don’t mind if it’s a lead or supporting role, or if I only have a few lines. What’s important is that I like the part.”

Asked if he has frustrations about not ending up being a popular leading man or matinee idol, Joross, who plays the silly third wheel to Heart Evangelista and Dennis Trillo in “Juan Happy,” said: “As an actor, sometimes you wonder how you end up with the kind of roles given to you, but that’s about it. I grew up believing that we get the things we’re meant to have.”