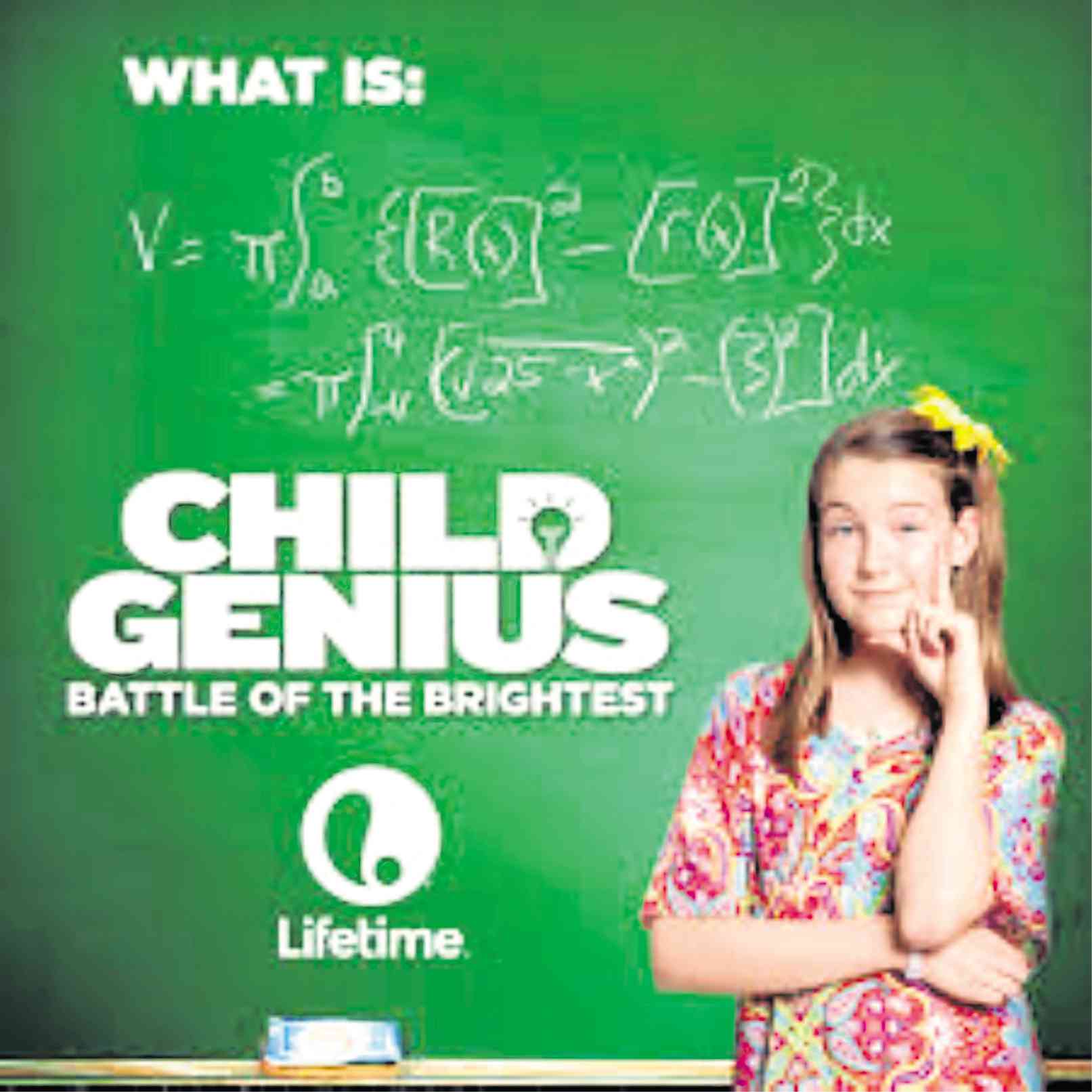 TV SHOWS have always doted on kids, but this season’s focus on young performers and contenders is particularly strong.

On US TV, there’s “Young Marvels,” which features precocious performing artists in various fields; “Little Big Shots” for a wider range of talents, including nonartistic abilities and aptitudes; “Child Genius” for amazing junior nerds and brainiacs; and the cooking show and tilt, “Man vs Child,” which pits adult chefs against their pint-sized but similarly competitive counterparts.

On the local TV scene, “Eat Bulaga” has just started a daily quiz and numbers show for precocious kids, and “It’s Showtime” is fielding “Junior Hashtags,” a daily search for boys who are outstanding dancers.

In addition, “Dance Kids” will soon launch its new season, and many drama series on child stars and starlets to provide the “cute and precocious” factors now deemed essential for success.

We’ve been keeping tabs on “whiz kids” shows on the tube this month, and the most consistently impressive of them all has to come to the fore—it’s “Child Genius,” the tilt for precocious brainiacs who can run circles around adults twice their age!

A recent telecast featured contestants as young as 8 years old, some of whom got perfect scores in daunting challenges that required them to identify complex physical organs and bodily functions. How do you do that without a college degree?

Similarly challenging was a memorization test that required the players to get the right sequence for a deck of 52 cards—if they got one wrong, they were promptly eliminated. Amazingly, two kids got it all perfectly right!

Local viewers were heartened to see that quite a number of the tilt’s front-runners were of Asian descent.

In fact, the two top scorers from the week came from “our” part of the world.

That should motivate and inspire our own kids to similarly maximize their potential!

To be sure, the ongoing competition for whiz kids has some potentially negative elements that prospective contestants should guard against.

First, some kids tend to be too competitive—instead of just doing their best, they have to win! And, when they don’t, they take it really badly.

Yes, kids should strive to excel, but they should remind themselves that they’re children, so they should enjoy competing, and not make coming out on top as a big deal as adults do.

In this negative regard, it looks like the whiz kids’ parents may be “co-culpable,” because some of them are shown to be pushing their children too hard to end up on top.

In fact, some of the kids forthrightly complain about this, putting their taskmasters on the defensive.

It could be that some of the kids’ parents didn’t realize their own childhood dreams, so they’re now “using” their progeny to emphatically and retroactively do it for them.

So, there are lessons to be learned by them too—and parents who view the program should similarly make a mental note to cut their own kids some slack!