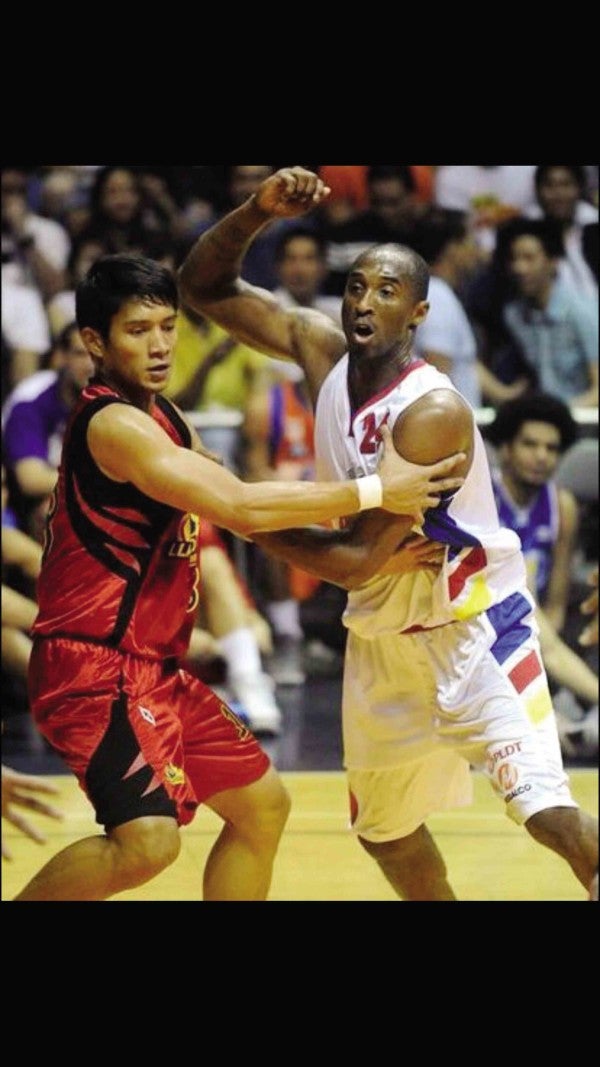 “When we had a PBA versus NBA players’ exhibition game, I told myself that I would guard Kobe tightly,” recalled James. “Off-court, I could not help but get star-struck, but when we were already on the court, I had to snap out of it and focus on doing good defense against Kobe.”

He fondly recounted an incident during their match: “When I almost swiped the ball away from him, Kobe told me, ‘You got me there.’”

James knows it’s just wishful thinking, but he dreams that Kobe could be the “import” of his team, Purefoods Star Hotshots.

Unlike Kobe, retiring is not yet in James’ agenda. He’s giving himself five more years in PBA, and it will be “game over” for him when he turns 39.

Meanwhile, James is ecstatic that his team has made it to this season’s quarterfinals. He is sidetracked by an injury, but will be back in fighting form in two weeks.

The rest period gives him more time to watch over his pregnant girlfriend, Mic Cazzola.

“She is due to deliver in July. We are having a baby boy. We are still thinking of a name for him,” James said. “Ako ang pinaglilihian niya, because she wants our kid to look like me.”

For sure, their baby will grow up to be Mr. Wonderful, just like his dad. PBA’s MVP is all set to be an MVP—Most Valuable Parent—at home.

All good things must come to an end. Catch the iconic stage musical, “Les Miserables,” at Solaire on its last two weeks (presented by Smart Infinity).

Since I’m a Frenchwoman trapped in a Filipino woman’s body, I immensely enjoyed “Les Miz” from start to finish.

I caught up with Broadway/West End sensation, Joanna Ampil, at the gala night. She gamely shared her thoughts with us:

“I really liked it overall and still cried, particularly during the barricade scene where many of the students died. I also liked the way they used the projections. According to Cameron [Mackintosh], those images were actual paintings of Victor Hugo.

“It was also lovely catching up with Cameron’s team. This was my original theater family…and it was nice to see Cameron again.

“I was particularly touched by Claude-Michel Schönberg when he mentioned my name in his speech after the show, just to say that I had also done both Eponine and Fantine in the West End. I wasn’t expecting that at all.” 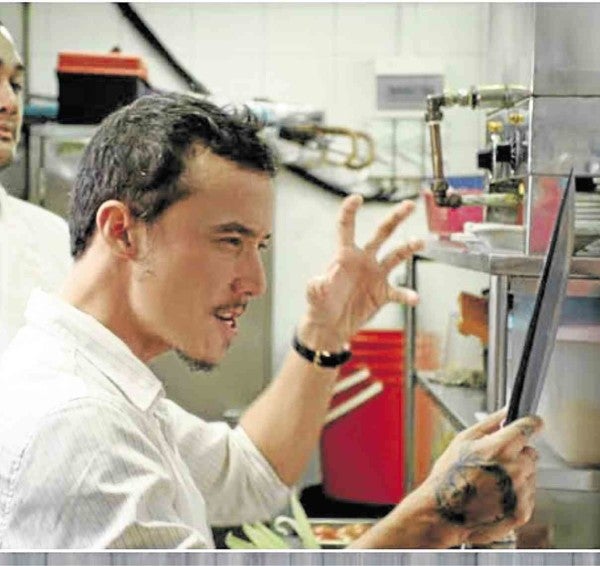 When you catch Epy Quizon on TV, you would think that you’re watching a rerun of one of (Tito) Dolphy’s shows.

Among all of Pidol’s children, it’s Epy who has a striking resemblance to him during his younger years as “Ompong.” But the similarity doesn’t stop there.

Just like his dad, Epy is passionate about his craft. He topbills the Singaporean crime-drama/dark comedy, “Unlucky Plaza” (distributed by Viva Films), which hits local cinemas on April 20.

It is directed by one of the most controversial filmmakers in Singapore, Ken Kwek. The movie premiered at the Toronto International Film Festival.

It shows how a Filipino (Onassis, played by Epy), who’s living in affluent Singapore, is pushed over the edge after his business goes bankrupt.

“Unlucky Plaza” turned out to be a lucky break for Epy. It won him best actor at the International Film Festival Manhattan.

Bravo for being the “Epytome” of superb acting!

Here’s my chat with Epy:

What was it like working with a Singaporean cast and crew?

It was fun since they were very professional, yet they still have a great sense of humor. The difference between working in Singapore and Manila is that they practice the 12-hour working day.

What did you learn from your Singaporean coactors and director?

That it is possible and fun to have two different cultures working on a film.

Tell us about your experience at the International Film Festival Manhattan when you bagged the best actor award for “Unlucky Plaza?”

It was a very proud moment in my life. I really had to pat myself on the back, telling myself, “Good job, Epy!”

Why must we watch your film?

Because you will surely get entertained!