Double the pleasure and delight 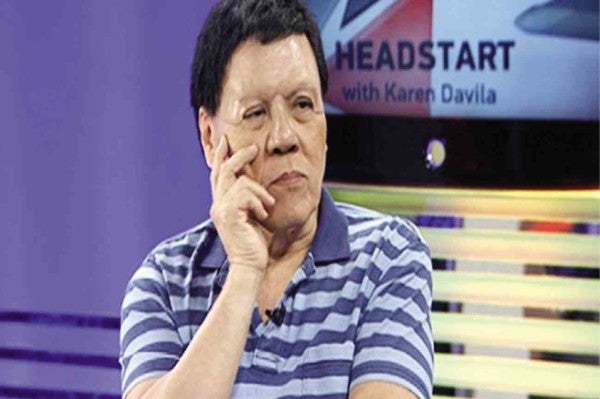 Master impersonator Willie Nepomuceno made our viewing month recently when he guested on Karen Davila’s “Headstart” show on ANC, and personified not just one but two current “presidentiables,” Mar Roxas and Rodrigo Duterte.

To add to the satirical fun and frolic, Willie’s daughter Frida joined the presidential party as Grace Poe.

No wonder Karen and her show’s viewers had the time of their lives, savoring the special TV soiree for the rare gift that it was.

Willie and Frida were there to promote their satirical show on April 30 at Music Museum.

It’s been a “must” for Willie to come up with a political spoof on each electoral cycle, hence this “hot off the headlines” 2016 edition.

But aside from making viewers eager to catch his latest compilation of antic presidential aspirants,  Willie also gave us a fresh opportunity to appreciate his unique craft and art as an impersonator—which, in maturity, he’s further honed to a level that’s put him in a class all his own.

Willie’s take on Mar Roxas showed and said it all: Unlike some other spoofers, Willie focused not on the easier task of caricaturing the presidential candidate in bold and slap-happy strokes, but on “getting” him as a person. 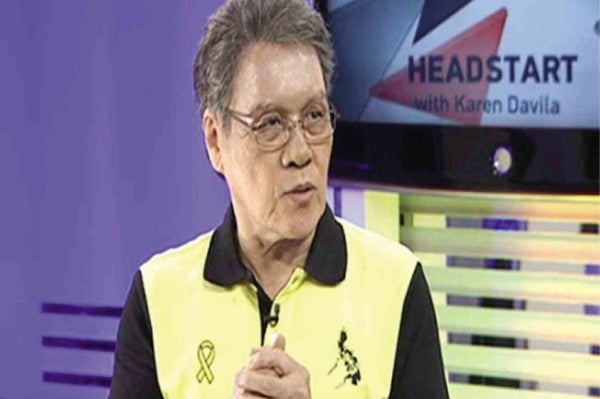 The character came first by way of a detailed analysis of Mar’s appearance, gestures, thoughts, feelings—the complex mix of elements that makes him a distinct individual.

Willie pulled this off with technical adjustments in looks and voice, as well as spot-on use of props specifically suited to Roxas.

Beyond technical shifts, however, came the more important need to “capture” his chosen subject’s essence. This is where Willie truly excels, because he’s psychologically insightful enough to sense what makes a person “tick.”

Only after a lot of analysis, thinking and tweaking does the impersonator focus on the satirical script, or what his chosen characters for this particular production are saying that will make viewers laugh due to its humor and topicality.

Many other impersonators don’t invest all of this time and effort into their spoofs, so they come up with caricatures rather than incisively detailed characters.

They would do well to catch Willie’s latest political show at Music Museum, “Panggulo ng Pilipinas,” on April 30, to see where and why they’re falling short.

To double the pleasure and delight on his guesting stint on “Headstart,” Willie also “did” Duterte, and the radical adjustments he made were similarly deft and instructive to behold.

Imagine the compounded fun and frolic that will ensue when Willie portrays even more presidentiables, to boot!

As Yoda sagely reminds us all, “Catch Willie Nep’s Music Museum presidential spoof-soiree, you must!”