The ‘Devil’ in Charlie Cox 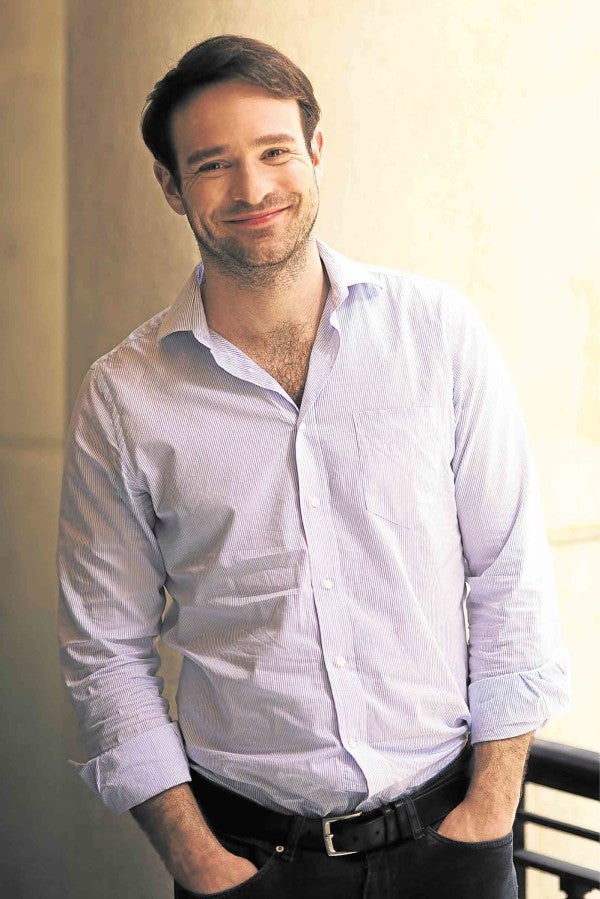 Like daredevil, the blind crimebuster he portrays in Netflix’s acclaimed action-drama series, Charlie Cox pulls no punches, even when he’s bombarded with sensitive questions that challenge the Marvel superhero’s raison d’être—which makes Cox all the more credible as lawyer-by-day, vigilante-by-night Matt Murdock.

This we learned when we flew to Singapore early this week for this one-on-one chat with the 33-year-old British actor, who has found a measure of success with his roles in films like “The Theory of Everything” and in TV shows like “Boardwalk Empire” and “Downton Abbey” prior to his splashier, star-making turn as The Man Without Fear.

No, Charlie doesn’t think that the world needs costumed vigilantes like Daredevil and the Punisher (Jon Bernthal), whose appearance in Season 2 makes Matt question Daredevil’s extralegal actions against organized crime.

Cox explains, “If someone with superpowers did emerge, that would change everything. But, in principle, I don’t believe that society, as it is, would benefit from someone who operates outside the law—even if his special skills would make him better equipped than the police to fight crime.”

But, while it’s true that it isn’t easy to compare Charlie’s life with that of Matt’s, especially in terms of the extreme adversities he’s up against, the actor says it isn’t hard to relate to a man who’s feeling torn in different directions.

He explains, “I can relate to a man who feels the responsibility to behave in a certain way but, at the same time, he’s asking himself whether he should exercise more restraint, step back and not get involved. I recognize struggles in life like that.

“The thing that I like most about Daredevil is that he’s deeply flawed as a superhero—which makes him more human. In life, not everything is black and white, where you can easily choose between right and wrong—there are a lot of gray areas. Daredevil is both a hero and an antihero. 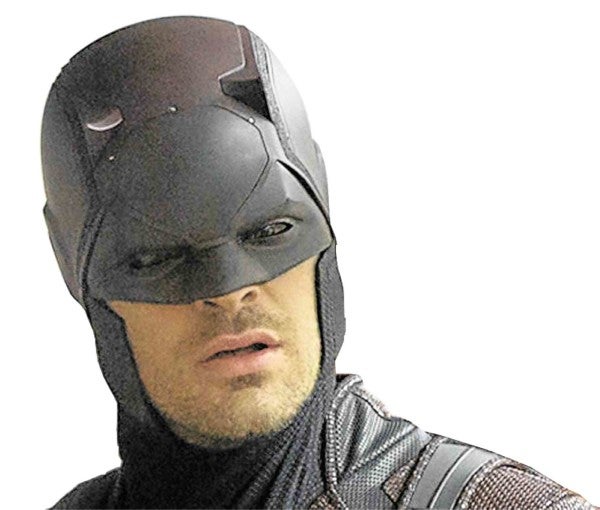 “As audience members, when we see someone battle with his inner demons, his ego and his stubbornness, and overcome those challenges, we champion him even more, because something like that requires bravery, courage and resolve. If you don’t have those qualities, the achievement is neither as great nor as big a deal!”

Being Catholic, Matt often finds himself questioning the morality and ethical pertinence of his actions as a vigilante. Does Cox also struggle with that tantalizing conflict? The actor replies, “The struggle feels more real because of that. One of the things that’s interesting about human beings is that we’re capable of paradoxically wanting two different things at the same time.

“As Kris Kristofferson once said, we’re all walking contradictions. So, when characters are portrayed that way, they feel more three-dimensional. It’s interesting to see someone like Matt who, on one hand, says that he believes in God and the justice system—but, on the other, goes out at night to beat up bad guys. He decides for himself who’s worthy and who isn’t!”

Blind as a bat

In the “Daredevil” series, which began streaming its second season last March 18, it’s easy to suspend disbelief that Matt is blind as a bat. How did Charlie make Matt’s blindness convincing?

The actor answers, “I worked closely with (consultant) Joe Stretcher, who’s been blind for almost 20 years. I followed him, asked him questions and spent as much time with him as I could to make sure that this aspect of Matt’s character looked as realistic as it could be.”

As an interviewee, one of Charlie’s strengths is his disarming candor—but, when we asked him which side Daredevil would likely take in the “Batman v Superman”-like mano-a-mano between Captain America and Iron Man in “Captain America: Civil War,” even Charlie was at a loss for words.

In our upcoming followup to this article, Charlie talks about whom Matt chooses between Karen Page (Deborah Ann Woll), Elektra Natchios (Elodie Yung) and Claire Temple (Rosario Dawson), his unlikely partnership with The Punisher, and Daredevil’s “providential” crossing of paths with Jessica Jones, Luke Cage, Iron Fist—and the Defenders!