Last March 7, “Ang Probinsyano’s” “Anne Curtis chapter” was finally concluded, with her now radically reformed “rich bitch” character leaving for the United States, but softly and sweetly whispering to Cardo (Coco Martin) that she would come back. Promise, ha?

Another part of the “chapter’s” denouement had Anne’s stepdad, played by Christopher de Leon, ending up behind bars for his multifarious “secret crime lord” activities and proclivities—including the torture and murder of Anne’s character’s beloved mother!

What a dastardly devil, may he burn in hell! Uh, on second thought, cancel that—he’d probably love it there!

With the abrupt conclusion of Anne’s “sub-story” in “Ang Probinsyano” (for a time, we were privately referring to the drama series as “Anne Probinsyano”—joke only), the drama series has gone into another “chapter” involving the threatened safety of children including the show’s own resident tykes, Junior and Onyok.

This could be the sign and shape of “structural” things to come for the hit series, with the show’s progression broken up into periodic, two-month-long “chapters” infusing new characters played by stars like Anne and Christopher—thus keeping the series varied and viewable. This way, the show could go on and on, like “May Bukas Pa” did, some years ago. Are we reading the production’s cards right?

If so, what will happen to the series’ other regular characters, like Cardo’s “women in waiting” played by Maja Salvador and Bela Padilla? Last we saw her in action, Maja’s own cop character was reeling from a tragic encounter and having doubts about her calling. 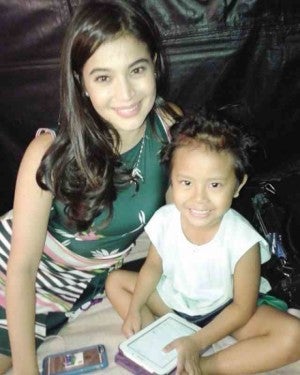 As for Bela, her character, Carmen is mired in a sub-story involving the series’ junior villain, a rival cop played by Arjo Atayde, whose ardent love for her she’s being “forced” to “entertain” out of (misplaced) gratitude.

This particular sub-story has been extended for much too long and should quickly be resolved. Aside from its innate improbability, it also makes the “good” cops in the series (Cardo, his uncle and other superiors) look really inept, because Atayde’s evil character has been able to run circles around them—for years! Dispose of the improbable and unproductive villain, why don’t you?

Other loose ends and unproductive culs-de-sac that need tightening up, now that the show is “between chapters”: Maja’s character should be given more to do, instead of periodically disappearing as the series focuses on new guest stars and their sub-stories.

After all, it’s already been revealed that she’s been carrying a torch for Cardo for a really long time, so the least the show can do for her is to give her “closure” (one way or the other).

A crazy thought: Why not hit two birds with one stone and make Arjo and Maja’s characters end up with each other? No, cancel that, that’s too crazy!