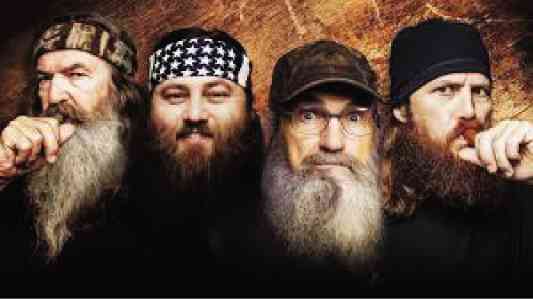 THE REALITY TV program type has emerged in the last two decades as one of the most popular viewing treats on TV, thanks to their “peeping tom” appeal, and the “accessibility” and empathy of its featured characters and situations, which “ordinary” viewers can easily relate to.

It has had huge successes like “American Idol,” “The Amazing Race,” “Keeping Up With the Kardashians,” “America’s Next Top Model,” “Jersey Shore,” “The Bachelor,” “Big Brother,” “Dancing With the Stars,” “The Real Housewives of Beverly Hills” and “Lifestyles of the Rich and Famous.”

Aside from those high-flying headlines and trendsetters, there are others that have been even more “extreme,” pushing the envelope for the already hit format.

The competition for viewership has become so hectic and intense that even more unusual or shocking variations are constantly being thought up and thrown into the programming mix, to swim or sink on their own controversial zing and sizzle.

For instance, “Teen Mom” made viewers sit up and watch, mouths agape, as 16-year-olds struggled, sometimes childishly, to cope with the challenges of unexpected motherhood.

“Parental Control” caught viewers’ fancy in a totally different way, because it had the more lighthearted goal of enabling parents of teens to choose their dates! The teens thought it was ridiculous and insulting, but the viewing parents found it great, empathetic fun!

“Duck Dynasty” topped the “most unexpectedly popular” list, because it featured a wealthy family with a lot of head and facial hair, who had made their fortune from making and selling—duck calls!

For its part, “19 Kids and Counting” featured a huge family of offspring of just one set of parents. Part of the show’s appeal was the gratitude it triggered in viewers’ hearts that they weren’t such a hectic fix and funk!

“Dance Moms” similarly makes viewers feel relieved that they aren’t as competitive and bitchy as the stage mothers and “momagers” of the child, tween and teen dance students featured in the show.

“Cops” enables viewers to “ride along” with policemen on patrol in a dangerous US city, with cameras recording all of the potentially deadly situations that crop up only too often in the course of their all-night patrol.

“Mob Wives” details the pain and anger of the women left in the lurch by men sentenced to serve long sentences in jail for their criminal activities.

“Naked and Afraid” shows a man and a woman trying to survive in the wild with absolutely nothing to use or fall back on. The fact that they have no clothes on only adds to their helplessness—and, let’s admit it, the survival series’ own “peeping tom” appeal.

“Dual Survival” is an elaboration on the previous show’s format, this time with two men who have to get over their animosity and work together in order to find food and shelter—and make it back to civilization and all its suddenly most appreciated safety—and creature comforts!