Lav in the cineplex 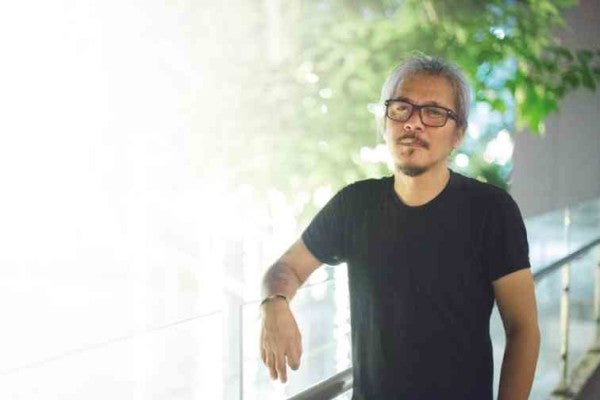 It may seem unthinkable a decade ago, but a Lav Diaz film has just opened in a cineplex near you.

Adding to the sheer extraordinariness of this cinematic landmark is the fact that Star Cinema, known largely for rom-coms, is distributing “Hele sa Hiwagang Hapis,” which won the Silver Bear Alfred Bauer Prize at the Berlinale last February.

Diaz has been touring schools these past few days, to encourage students to watch the film on Black Saturday—especially since “Hele” is facing stiff competition from a certain superhero franchise that shall remain nameless.

But then again, Lav has Piolo Pascual and John Lloyd Cruz—not to mention a mighty ensemble of some of the finest Filipino actors—on his side.

What are your thoughts on “Hele” being shown in theaters?

The long struggle to push some changes in cinema is happening. It’s quite surreal to see a giant tarpaulin of “Hele” on the walls of ABS-CBN. It’s mind-boggling that a big studio is promoting an eight-hour film, by Lav Diaz.

Why should Filipinos take time to watch it?

Why is it important to tell this story?

It’s my responsibility as an artist, as a cultural worker and as a Filipino. It’s imperative to create discourse among our people once they’ve seen the film, or once they’ve realized what the film is all about.

I demand greater commitment from them. I shall ask them to put their souls into it.

Berlin was fun. It was a big bonus. We got the Silver Bear for our dear Pilipinas.

What was your encounter with jury president Meryl Streep like?

What were the foreigners’ common questions about the film?

The film demanded greater research and interaction on their part. Understandably, for foreigners, they’ll have a hard time relating to the characters in the film, at first, as I introduced lots of historical characters, plus Filipino mythological creatures.

And this is where you can separate the real good film critics and scholars from the lazy ones.

The good ones do their homework and make some effort to understand Philippine history and culture. The lazy ones will easily dismiss you or churn out some shallow reading of the work.

How does it feel to have Piolo and John Lloyd in your film?

Via their stature, propagating the film is easier. They’re great actors. They understand that they have a big responsibility to our culture.