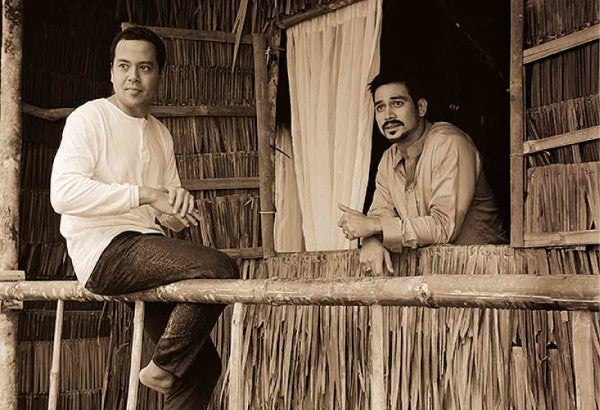 Contrary to speculations that ticket prices for Lav Diaz’s eight-hour film, “Hele Sa Hiwagang Hapis (Lullaby to a Sorrowful Mystery)” would cost the equivalent of four feature-length films or about P800, it turned out to be affordable even for students.

It was announced via Cinema Bravo on Tuesday that tickets would be sold from P150 to P500, depending upon the venue.

The length of “Hele” covers four regular shows of a two-hour feature film. To cover the cost, some sectors earlier thought cinemas would charge a prohibitive fee, from P800 to P1,000.  In Metro Manila, a regular rate ranges from P150 to P250.

Of late, “Hele” has earned the label “eight-hour challenge” among regular film patrons. For the record, it is Diaz’s longest film to be shown in commercial cinemas. In August last year, his five-hour long “Norte: Hangganan ng Kasaysayan” was shown for a week in mainstream cinemas.

Now being distributed by a major film outfit, Star Cinema, the latest opus of the iconic and probably the only authentic indie Filipino filmmaker will surely be an endurance test for its new audience, the fans who usually troop to a Piolo Pascual or John Lloyd Cruz-topbilled films.

The two heartthrobs star in “Hele”, which many consider a first in the history of local cinema. Living rock legend Ely Buendia also plays a cameo.

Even popular TV host Boy Abunda in his late-night talk show said he will take the “eight-hour challenge.”

“Hele” combines history, folklore and social commentary in the classic Lav Diaz’ zen meditation-like cinematic style, for whatever that means, which gathered a cult following among cineastes and critics all over the world.

It will be shown starting March 26, Black Saturday, in select cinemas nationwide. There’s a 30-minute break every three hours, as Diaz had earlier recommended to the producers and film distributors. 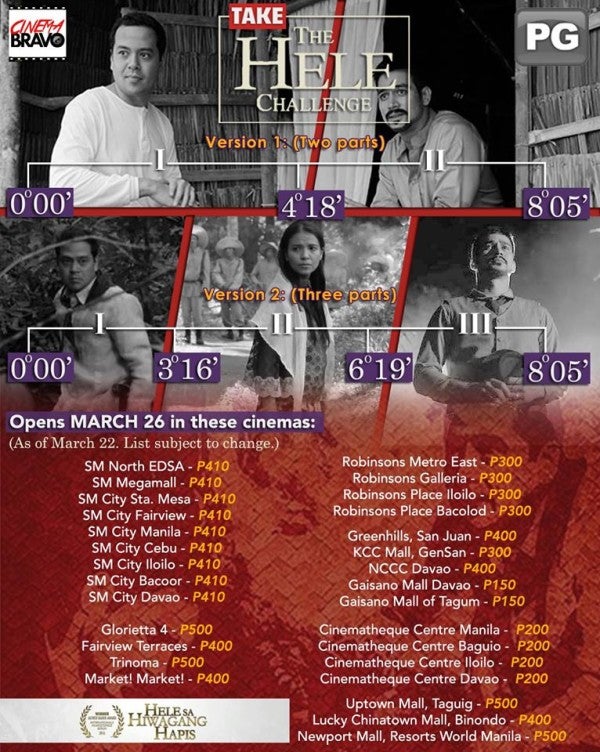 Read Next
Fun and danger converge in ‘Chasing Monsters’
EDITORS' PICK
Pandemic prognosis: Where does it go from here?
Legarda: Ending Violence Against Women, a cause for all
Smart offers wireless fiber-like speeds to Filipino homes with country’s first 5G Prepaid Home WiFi
This new condo in the South will make you want to turn a new leaf
Google won’t accept election ads for 2022 national polls
House OKs bill allowing married women to retain maiden surname
MOST READ
Bongbong Marcos to face another disqualification case
Christine Bersola, Julius Babao cleared of cancer after colonoscopy, endoscopy
Former PM Abe says Japan, US could not stand by if China attacked Taiwan
Pacquiao showers cash to 4,000 people in 2-day sortie in Agusan
Don't miss out on the latest news and information.