My kind of normal 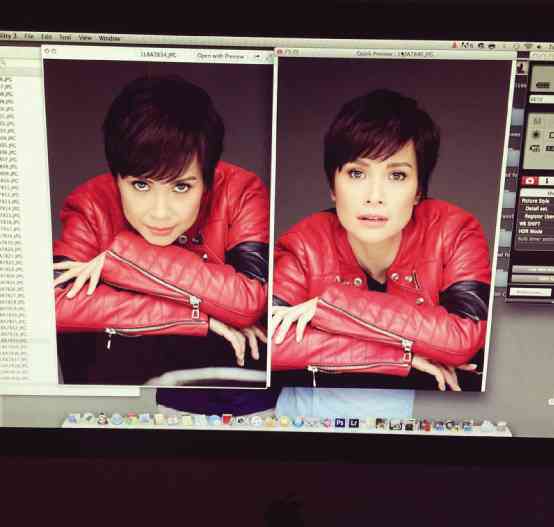 Finally, I am feeling more like myself. Both my husband Rob and I were felled by this bug that seemed to take forever to shake. Sure, we got rid of the fever, body aches and chills quickly enough, but the cough and residual catarrh took longer to dispel. I’d like to believe that we’ve seen the last of whatever this is, and we’re thankful that Nicole didn’t get sick at all.

The main priority over the last week was healing and returning to my health baseline. I wasn’t able to see whatever musicals and plays were running (argh, I feel like I missed out on some amazing theatrical experiences, particularly “Mabining Mandirigma,” which I heard was spellbinding), but here’s hoping I’m able to catch up on what’s happening now before I leave for the United States again at the end of the month.

Allow me then to offer my heartiest congratulations to the companies of “50 Shades! The Musical Parody,” “Constellations,” “Almost, Maine” and “3 Stars and a Sun” on well-received runs (if you’re still running, I’ll try to catch a performance!). “Les Misérables,” with our very own Rachelle Ann Go as the tragic Fantine, just opened, too … of course I plan to watch.

So, how exactly did I spend my week?

Over the last couple of weeks, I found myself in front of a camera’s lens, posing for some of our country’s top photographers. One of them was just for me, as I needed to get brand-new headshots (it’s advisable to get new ones made when there’s a significant change made to one’s look).

So, for this task, I enlisted one of my favorite photographers, Raymund Isaac, with makeup artist Juan Sarte III, hair stylist Kusie Ho and fashion stylist Rex Atienza.

Raymund always makes me feel at ease, and because he and I have worked together so much since I was still in my 20s, we have our own shorthand that makes the sessions go quickly.

We transition from one setup to the next while engaged in animated conversation and noshing on sumptuous snacks (there was pizza and pichi-pichi).

Raymund can also tell when my batteries are starting to drain, and he calls it a day when he senses that my body is about to turn itself off.

Another photographer that got me excited is Marc Nicdao. For years, I’ve only been a distant fan of his work as the person who takes those exquisite Rogue Magazine covers.

I have no idea why it took so long for us to actually work together, but I’m happy that we’ve finally gotten a couple of opportunities. Our work is for a couple of ad campaigns (the brands of which I won’t reveal until those photographs have been officially released).

Lastly, I got to smile for the camera of BJ Pascual, who was incredibly impressive at our previous outing together: the session for the cover of Mega Magazine in December 2014.

He is very young (just take a look at his Twitter page … he looks 12 years old), but oh, he’s gifted. He gives clear direction and shoots fast, not letting a moment go. That he got to work as a featured photographer in “Asia’s Next Top Model” is nothing to sneeze at.

Thank you, gents, for your fantastic and fabulous work!

Besides being a pretty darn good swimmer (she helped her team win at her school’s last swim fest), my daughter has just started ice-skating. No, I’m not expecting her to get her inner Michelle Kwan on this early, but I am happy that she’s getting to experience one heck of a fun childhood.

She’s made quite a few friends at the rink, and has a huge smile on her face once her skates are laced up and she’s out there. She’s been taking one-on-one lessons with a teacher, and is now learning to glide balanced on one foot. Rob has been taking lessons, too, and needs to perfect a couple of skills before he can advance to the next level.

My daughter asked me to skate with her, and I said I would. But there’s one teeny-tiny problem: I don’t know how to skate! I never learned to skate, skateboard, ski or scooter as a child. However, I laced up a pair of rented skates, and tried.

Rob tried to help me … even Nicole made a game attempt. “Just follow me, Mommy … let me help you.” But because skating isn’t in my body’s existing vocabulary, I didn’t know what to do. I hugged the rail and stayed to the side while watching other skaters whiz by me, my husband and daughter included. I admit, I was jealous seeing them glide so effortlessly.

Rob and I asked for an assist from her for my very first time out. “You will be returning to being a baby,” she said. That was the understatement of the day. She taught me how to get on the ice, very slowly. She held my hands and constantly reminded me to keep my body straight, my knees soft and bent, my glutes tucked under and my arms held out.

We started with a march, as if learning how to walk, and what to do when I felt like I was losing my balance. Then, she pushed me to try this all on my own. “Don’t look down, that’s the key.”

No, this first outing did not go well. There was no way on earth I was going to be speeding around the rink that day. For most of the afternoon on the sidelines, I watched my daughter as she held her arms up, and lifted one leg, balanced on another as she glided from one side of the rink to the other.

I smiled, as I could see the concentration on my little girl’s face as she was learning this new skill. At the end of the session, she took a rag and cleaned her skates, making sure no moisture was left behind.

I’m not expecting her to be our country’s flag bearer in the way Michael Christian Martinez is, but I’m happy that she has figured out something that she loves to do. This makes Mommy very proud.

Maybe I’ll give the ice another try. Hopefully I’ll be able to progress from stationary terror to a slow glide. Cross your fingers for me.