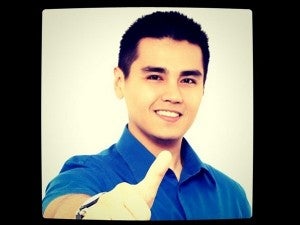 MANILA, Philippines – The brother of Ramgen Jose Bautista has been tagged as the alleged mastermind in his killing last Friday, Radyo INQUIRER 990 reported on Tuesday.

Quoting authorities, the report said Ramon Joseph Bautista, the younger brother of the victim, was arrested past 11:00 p.m. Monday in Bacoor, Cavite.

Chief Superintendent Agrimero Cruz Jr., Philippine National Police spokesman, confirmed the report and said that before Bautista, two others, identified as Michael Cruz Altia and Roy Francis Tolisora, were arrested for their alleged involvement in the murder Friday night, October 28.

The victim, 23, an actor known by his screen name Ram Revilla, and his girlfriend, Janelle Manahan, were in Revilla’s home along President Avenue in Phase 6A BF Homes, Paranaque City when they were attacked by masked men.

He was stabbed dead while Manahan was shot but survived.

Ramgen and Ramon are the sons of former Senator Ramon Revilla Sr. and Genalyn Magsaysay.

The Revillas are expected to issue a statement within the day.