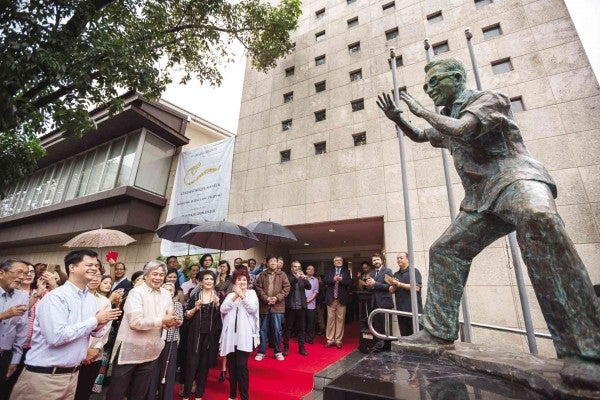 “To reach out to a wider audience and expand the independent cinema circuit, we need more alternative venues—from cinematheques to microcinemas,” said Nestro Abrogena, whose “Ang Kwento Nating Dalawa” is among the featured films at the Cinematheque Center in Manila this month.

Abrogena stressed the need for more venues for indies “since these films aren’t backed by big studios and are often left out of major moviehouses, especially in the provinces.”

Based on Abrogena’s own experiences, “Ang Kwento Nating Dalawa” examines the relationship between budding filmmaker Sam, and aspiring writer Isa, who happens to be a student of the former. They—and their relationship—are at a crossroads.

Jover also stressed the need for more venues and the importance of taking part in film festivals. He pointed out, “So much has been done by local filmmakers in terms of raising the bar for Filipino films’ aesthetics. The audience has to do its share. Awareness isn’t enough. Genuine appreciation must propel new sensibilities. [The audience should] propagate this by patronizing these unique cinematic voices.”

“Da Dog Show” is based on the true-to-life story of a dog trainer, Mang Sergio, who teaches his pets to perform tricks.

“An Kubo ng Kawayan” tells the story of Michelle (Mercedes Cabral), who is deeply attached to her hut in a bamboo grove. She decides to stay despite efforts of her boyfriend and neighbors to convince her to transfer elsewhere.

Yapan explained his unique treatment of the project: “I don’t want to do work that screams, ‘We are so oppressed!’ I want some dignity in the way we tackle ‘third world’ conditions, and I want the film to be accessible. I want the audience to enjoy Filipino films again.”

The Film Development Council of the Philippines (FDCP), which organized the screenings, said in a statement: “The past few years have been a great time for Philippine cinema… It is with great pride that we screen our films alongside those of our neighboring nations in Southeast Asia.”

The FDCP has declared March as “Asean Film Awareness Month.” The screenings will take place from March 1 to April 3. The films will be screened with English subtitles and are free of charge. For screening schedule, visit the FDCP website (www.fdcp.ph).