Hugh Jackman ‘excited’ to put his Wolverine claws back on 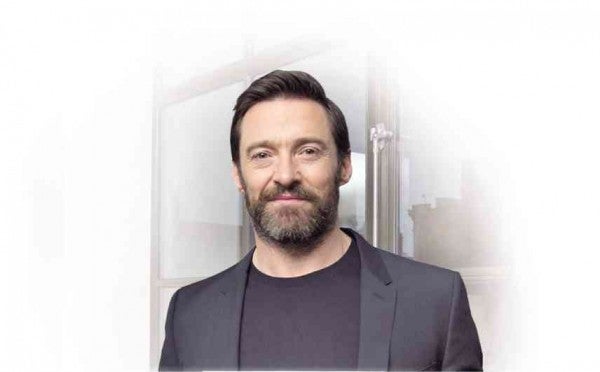 THE AUSTRALIAN actor was terrified of heights. RUBEN V. NEPALES

LOS ANGELES—Hugh Jackman expressed excitement about wearing  claws again for the untitled “Wolverine” sequel, but he was coy about his mutant antihero making a cameo in “X-Men: Apocalypse.” Based on his teasing answer, it looks like Logan/Wolverine will make an appearance in Bryan Singer’s “X-Men” installment, which is coming in May.

The Australian actor, eating spinach salad and working out even more intensively these days for the “Wolverine” sequel to be directed by James Mangold, was friendly and relaxed, as usual. He talked about his “cameo” in “Deadpool” and how happy he was that it was a giant hit for his buddy, Ryan Reynolds.

The 47-year-old also chatted about “Eddie the Eagle,” director Dexter Fletcher’s feel-good true story about a hapless but determined British underdog named Eddie Edwards (played by Taron Egerton) who somehow made it to the 1988 Winter Olympics. He also talked about his 20-year marriage and his wife Deborra-Lee Furness’ recent joke that she’s making sure he doesn’t work with Angelina Jolie.

What’s up next for you?

I will be getting the claws back on (for the untitled “Wolverine” sequel). I am very excited about it. We have been working on it for two or three years now. We’ll be shooting in the next few months, but I can’t tell you where. I mean, I could tell you, but it would give away part of the story.

Is Wolverine in “X-Men: Apocalypse?”

So, are you getting a percent of the gross of “Deadpool?”

No percentage, none wanted nor deserved. I haven’t asked Ryan outright, but I hope he’s getting a good percentage there, because he did an amazing job. I know him and the people involved in the movie well enough to know that he was behind everything, from marketing to writing.

It’s nice to see the good guys win. There’s not a person in Hollywood who isn’t happy for Ryan’s success.

I don’t want to give spoilers away, but People Magazine covered that one—and I had to officially sign off on that. They showed me. There was another thing that Ryan asked me about, just in an anecdote. He kept the ending as a surprise for me. I lost it when I saw that scene! I laughed so much.

Your wife joked in an interview that she made arrangements to make sure that you don’t work with Angelina Jolie. Can you also talk about your marriage to Deborra, which has lasted 20 years?

If you know Deb, you know her sense of humor. She’s a very secure woman who has been in way more sex scenes in movies than I have ever been in. So, she understands the thing.

If I use the word intimacy, a lot of people assume that’s just physical intimacy. But a great relationship depends on honesty, and being able to bare yourself and who you really are. Often in relationships, we can get off-track.

But as you change in life, you learn different things. As long as you let your partner see the real you, and you’re seeing the real them, you’re in great shape. We spend a lot of our lives dressing up, speaking and showing the world how we want to be perceived. No relationship survives with that, because you can’t hold the façade all the time.

For Deb and me, I have this kind of intimacy where nothing is off the table. No embarrassment, shame or secret is hidden. Success and all of that stuff is shared. It’s tempting sometimes to only share the good things or the things that we only want other people to see.

But if you are in a relationship where everything is on the table, then you’re in a good place.

“Eddie the Eagle” brings up fear and rejection and how we deal with those. Was there a major moment in your life when you overcame fear?

I was quite a fearful kid, to be honest. I was terrified of heights, which in Australia is a problem and particularly when you have older brothers and sisters. Everyone is jumping off some cliff or rock climbing and abseiling. Everything was frightening for me!

I remember rock climbing at an adventure camp, where we also had to do a thing called survival. I was afraid of the dark. I was 13 or 14. We were sent out into the bush on our own for two nights. In the Australian bush, there are a few things that you should be a little afraid of. That trip cured me of being afraid of the dark.

But I froze on the rock climbing—I will never forget it! It was the worst feeling in the world. I was the first one to go up. I ended up having to come down. I could hear my mates and classmates snickering. I was crying. I was like, “You try it!” Every single one of them went straight up.

I sat at the bottom absolutely humiliated. So, I vowed that I would never feel that way again. I jumped off our highest diving board in school every day for a month until I got over that fear.

Rejection is something that gets easier with time. With acting, there’s a lot of rejection. I always went into an audition or rehearsal and regarded myself on how I did, and not whether I got the part. A little like Eddie, because you can actually do well and still be wrong for the part. 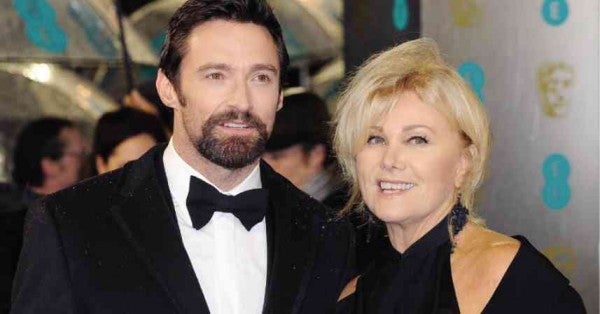 Do you still get rejected?

Sure. It sounds nicer now than it used to (laughs). They will say, “Listen, we are thinking of going in a different direction—Brad Pitt. Maybe in the next film, we’d love to have you involved (laughs).”

I will tell you a funny story. I haven’t told anyone this. I was doing voiceovers. I am not going to say which company, but it’s a big motorcar company. I did it for a year or two. I remember ringing my lawyer and saying, “I haven’t done a voiceover for a few months. I used to do it every six weeks or two months.”

My lawyer said, “Oh yeah, I will see what’s going on.” I had the TV on, and that car company’s commercial came up with Morgan Freeman’s voice. I was like, if I am going to get bumped for anyone, Morgan Freeman is good.

What do you remember about watching Eddie on TV in the Winter Olympics?

Ski jumping was a sport that no one in Australia did. So, it was a foreign sport. But for a country where people are into surfing, this was about as rock ’n’ roll as Winter Olympics got. I remember very clearly Eddie jumping. We were all enamored by him. He was a folk hero. He seemed like a bit of a prankster. He was fearless. He took it seriously and still does to this day.

If I went to your house, what would I see?

You would see my wife’s vision. She takes the lead in the house. It’s relaxing, casual and quite modern. It’s a fairly new apartment with a lot of light. We have a view of the water which, for me as an Aussie, I love. We look at the Hudson River, and I find it very calming.

We have kids. I don’t want people to come over and feel that they can’t bump into things, spill a drink or something like that.

So home is New York now?

I am there a lot in Australia, but the kids are in school here.

No budding Wolverines among your kids?

My son (Oscar, 16) is artistic and into the outdoors. My daughter (Ava, 10) wants to be a singer, dancer and vet/chef. I said, “We certainly need a chef. We can do with a vet. Those things would be good in the family (laughs).”

The movie’s poster says, “Inspired by a dream come true.” What was the best dream that came true in your life?

It was when I walked into rehearsal with John Travolta (for the movie, “Swordfish”), I was like, oh man!

But hang on, I will tell you something even better. When I was growing up, in school we had one of those flip-top desks that you put your books inside. Then, it came down and you wrote on top. Inside my desk, unbeknownst to the teachers, I had a poster of Olivia Newton-John, so for that entire year, I put the top up and kissed Olivia every time I got a book.

We did “Grease” dancing competitions. I saw the movie eight or 10 times, and I pretended to be John Travolta. So imagine, we did this night shoot, and we were filming a driving scene at 3 in the morning in downtown LA.

The next day, John came in and went, “Come to my trailer.” I hadn’t been in his trailer. He knew how much I loved Olivia. He invited her to the set. I went inside the trailer—and there was John Travolta and Olivia Newton-John! That was a complete spin out for me.