“It starts with death but it is really about discovering life, a new life and a new purpose in life.”

This is how young director Paolo Herras sums up his dark comedy film “Buhay Habangbuhay”, an entry to this year’s CineFilipino Film Festival.

The film is about Sandy (Iza Calzado), a devoted wife, who after passing away, waits for her husband Joel (Jake Macapagal) to die so they can move on together in the afterlife.

As a ghost, she befriends an “anito” spirit (Ricci Chan) and learns to live with her son Christopher (Nhikzy Calma) and Joel’s second wife (Meryl Soriano).

“I started writing it in 2011. That time I was in the point of my life wherein I thought I was already dead,” he shared. “I thought I wouldn’t be able to do a film again…I was in the job where I couldn’t have the creative outlet because I’m so busy. And I was in a relationship that was slowly dying.”

“We have so many lives. Work life, family life, love life and how do we move on when one of those lives die? So it (the film) is a search for life in the afterlife. Of course, when you are in a dark place, you are in search for light. “

From there, Herras drew inspiration in creating the concept of ghost. Sandy, who still lives in an emotional state, turns black or white depending on her mood. “It is a play on the concept: you create your own darkness. You can also create your own light.”

“Different people have different understanding of ghosts. Mine is really more on metaphorical aspect,” Herras said.

Actor Ricci Chan put on an identical interpretation. “Life and relationships transcend the physical realities of the body…That is what [my role] seem to provide…that when you cross over [to the afterlife], the feelings and emotions of one person are still alive whether or not [he] is in the realm of the living or the dead.” 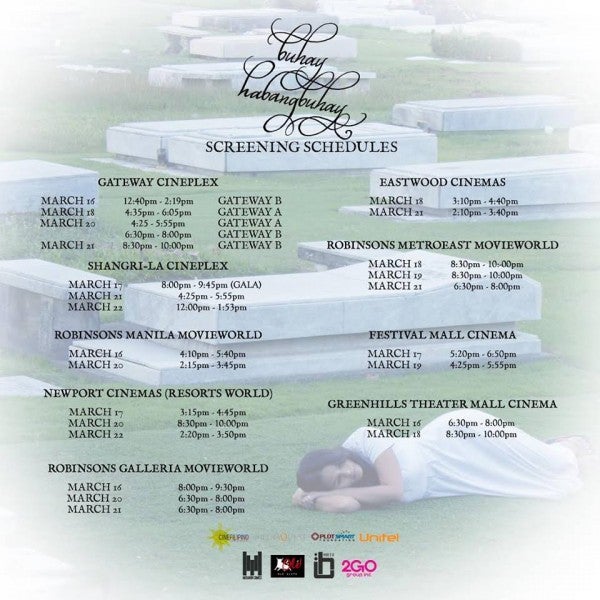