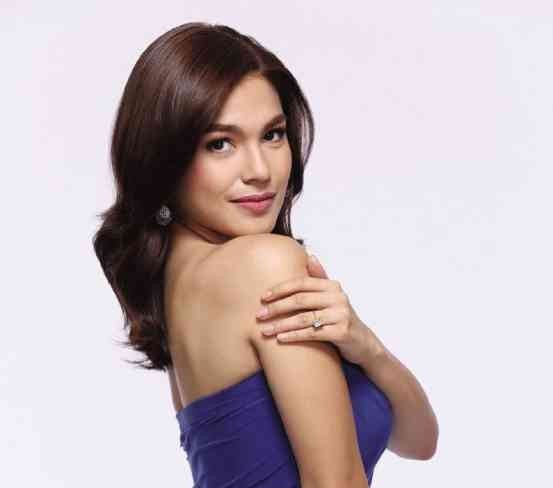 “I’ve been taught to always introduce myself first,” said actress Andrea Torres, when asked about how she treats her elder costars on set, in light of a recent controversy about a veteran celebrity getting allegedly “humiliated” by a younger talent.

“No matter what your role is, even if you’re the show’s lead, you should make the first move,” added the GMA 7 artist, who’s currently working with the likes of Jaclyn Jose and Robert Arevalo in her coming afternoon drama series, “The Millionaire’s Wife” (weekdays, starting March 14).

Being respectful, however, doesn’t necessarily mean acting overly proper. “From my personal experience, I’ve learned that they also don’t like it when you’re too stiff around them,” Andrea said. “They want you to be friendly, as well.”

While intimidated by the idea of doing scenes with some of the industry’s most esteemed actors, Andrea said Jaclyn and Robert made her instantly at ease. “It’s a given that Ms Jaclyn is good, and I don’t feel like I have to compete with her. We had a small talk when we first met,” she recalled.

In “Millionaire,” Andrea, 25, plays Louisa, a single mother who decides to marry a rich, old man (Robert) in exchange for financial help for her son suffering from juvenile diabetes. Ivan (Mike Tan) is the father of Louisa’s son, who ends up in jail after getting busted for drug dealing.

“I have no reservations about working with Sir Robert. I psych myself up… I make sure I don’t get shy, because it will show onscreen. We have to have rapport,” related the Kapuso artist, adding that she wouldn’t mind doing romantic scenes with Robert, should the story require it.

“I always keep an open mind… love knows no boundaries,” stressed Andrea, who last topbilled a soap in 2015, with “Ang Lihim ni Annasandra.” The lengthy break, Andrea said, wasn’t something she fretted about. “I missed it, but I knew that the right project will come.”