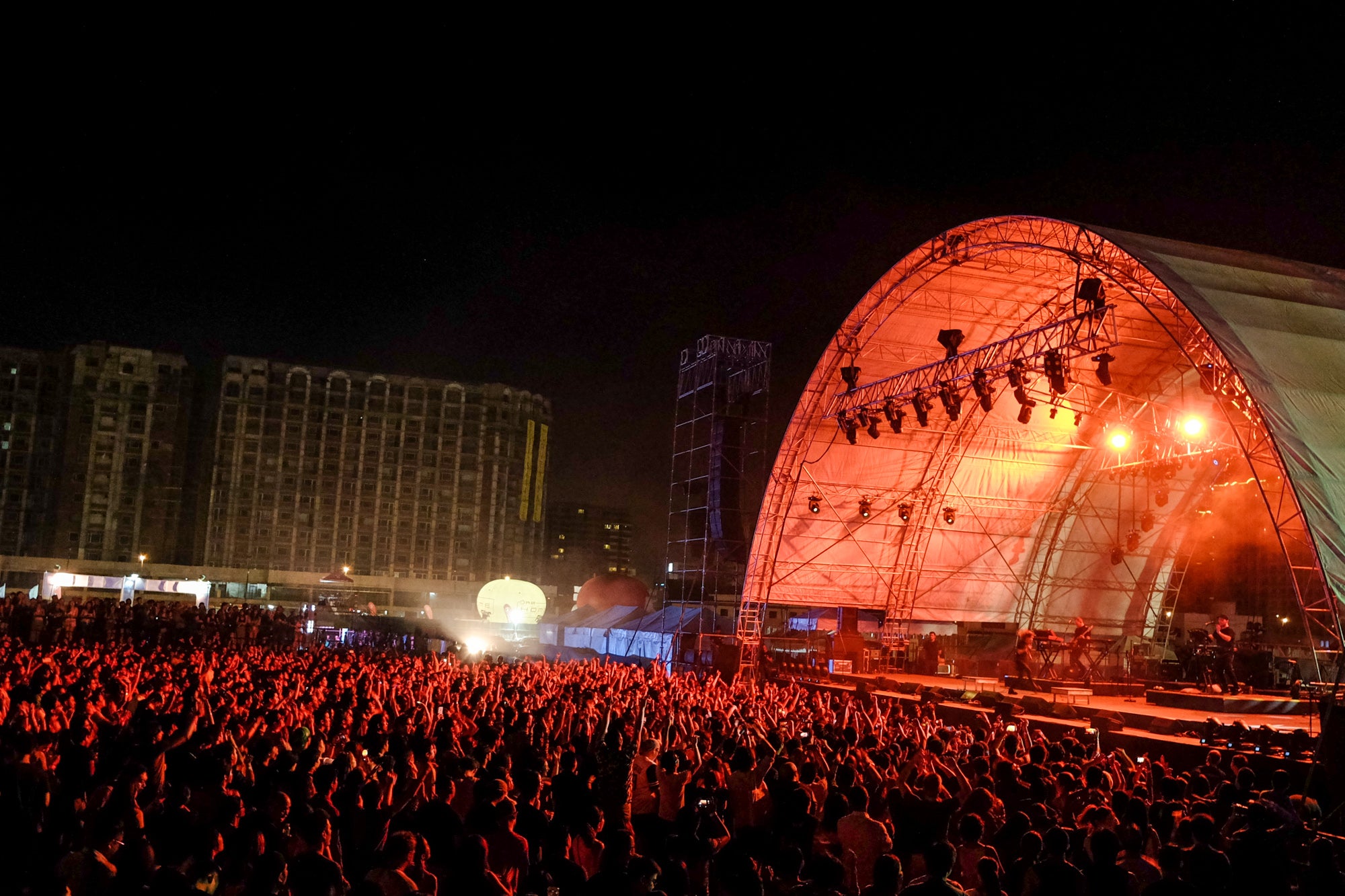 The highly anticipated GoodVybes Fest, co-produced by Vybe Productions and TV5, held on Saturday, February 20, at the Aseana City Open Grounds went on to break records, achieving multiple firsts in one night. The three-stage venue brought big acts like Passion Pit and Chvrches, along with Oh Wonder, Stars, and Tenderfist to perform on the Live Stage. Several international DJs, including DJs Darius and Busy P, as well as Kjwan, BP Valenzuela and the rest of the Philippine contingent took the Beat Tent, with an additional stage, the DJ Tent, added to aptly accommodate all talents.

Gates welcomed giddy concertgoers at 2 o’clock in the afternoon where they were free to roam the grounds to enjoy interactive booths from Cignal, Johnson & Johnson, OLX, and concessionaires like Jamba Juice, Yellow Cab, and Krispy Kreme to keep them fueled throughout the all-night dance party. They were also given unlimited power to share with PLDT Home Fibr’s complimentary WiFi while using the official hashtag #GoodVybesFest. VIP ticket holders, on the other hand, were given access to all the comforts of an air-conditioned lounge, complete with a private bar and nail services. 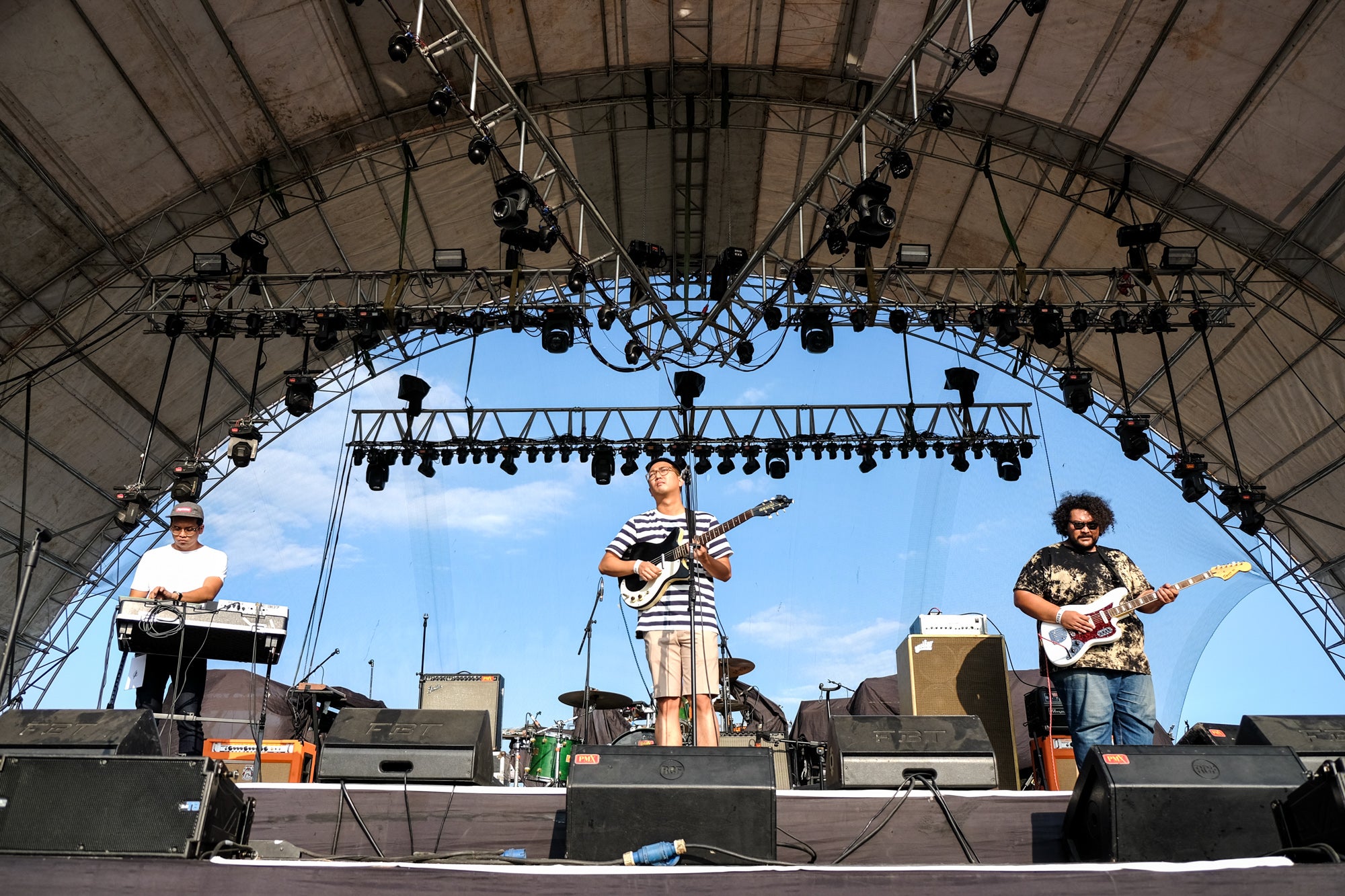 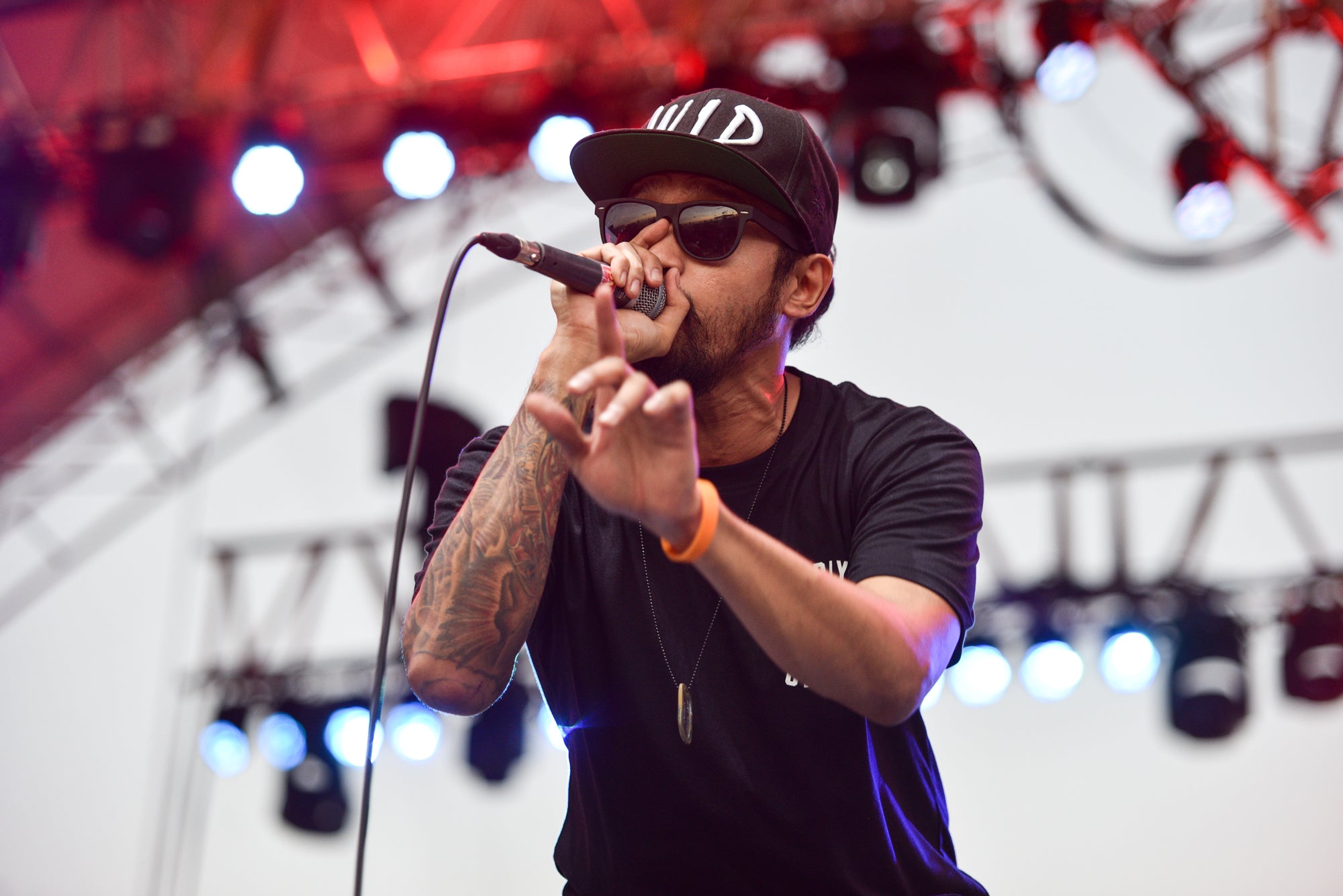 Kuala Lumpur-based electro pop duo Tenderfist’s main goal was to make you dance your heart out and they did so with tunes on the topics of shoes, regrets, and postcards. The hosting country was well represented by Brisom, with songs from their latest album release and edgy The Assembly Generals who urged the crowd to leave their past “In the Glass” with a track by that title. 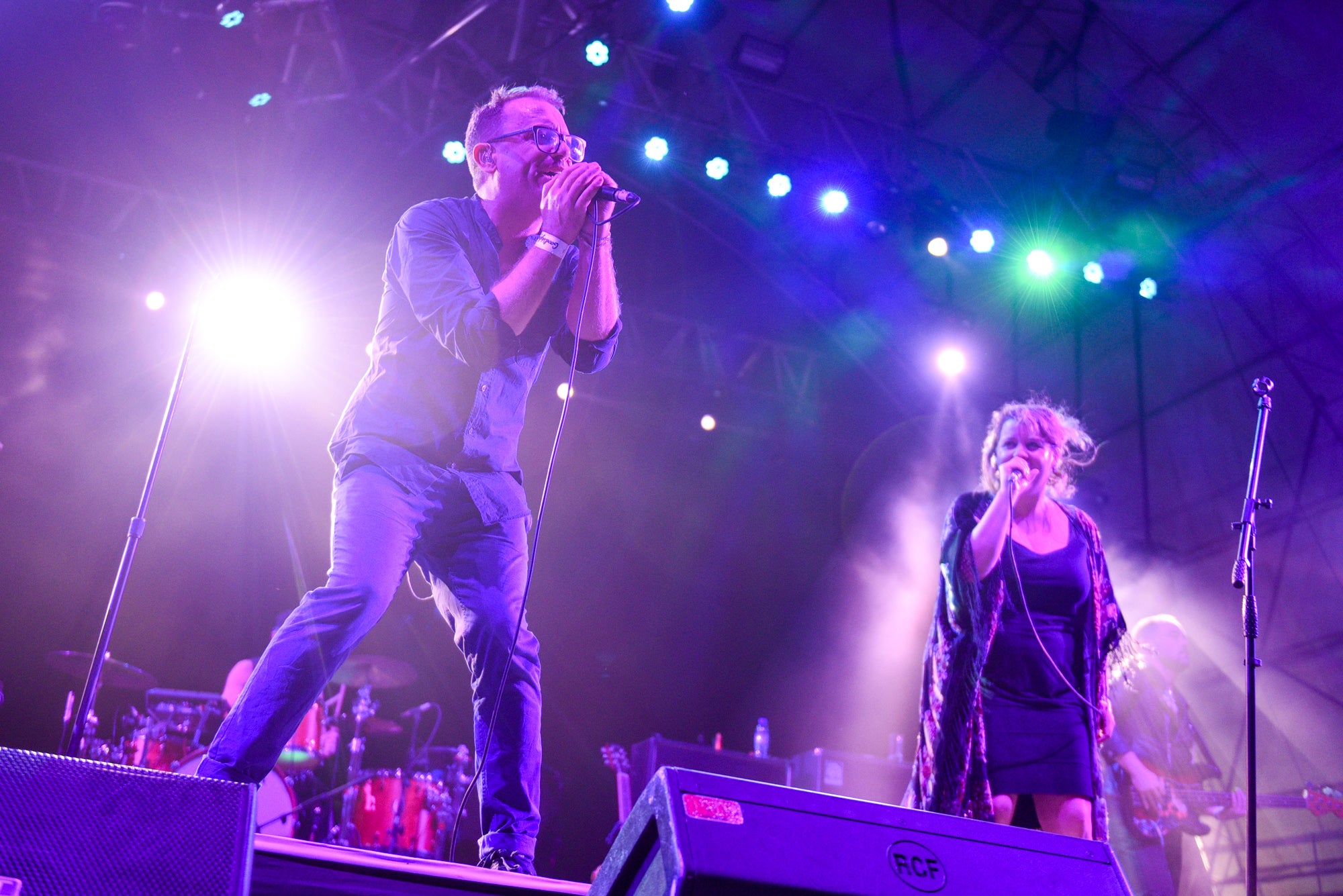 As the night went on, Stars came out to play—the musical kind from Montreal, that is. When they started with a record called “What Do I Do,” fans knew exactly what to do and stood from their picnic mats. The quirky lead Torquil Campbell and Amy Millan made eccentric quips throughout their set as they slowed down and picked up the pace with “Backlines” and “Dead Hearts.” 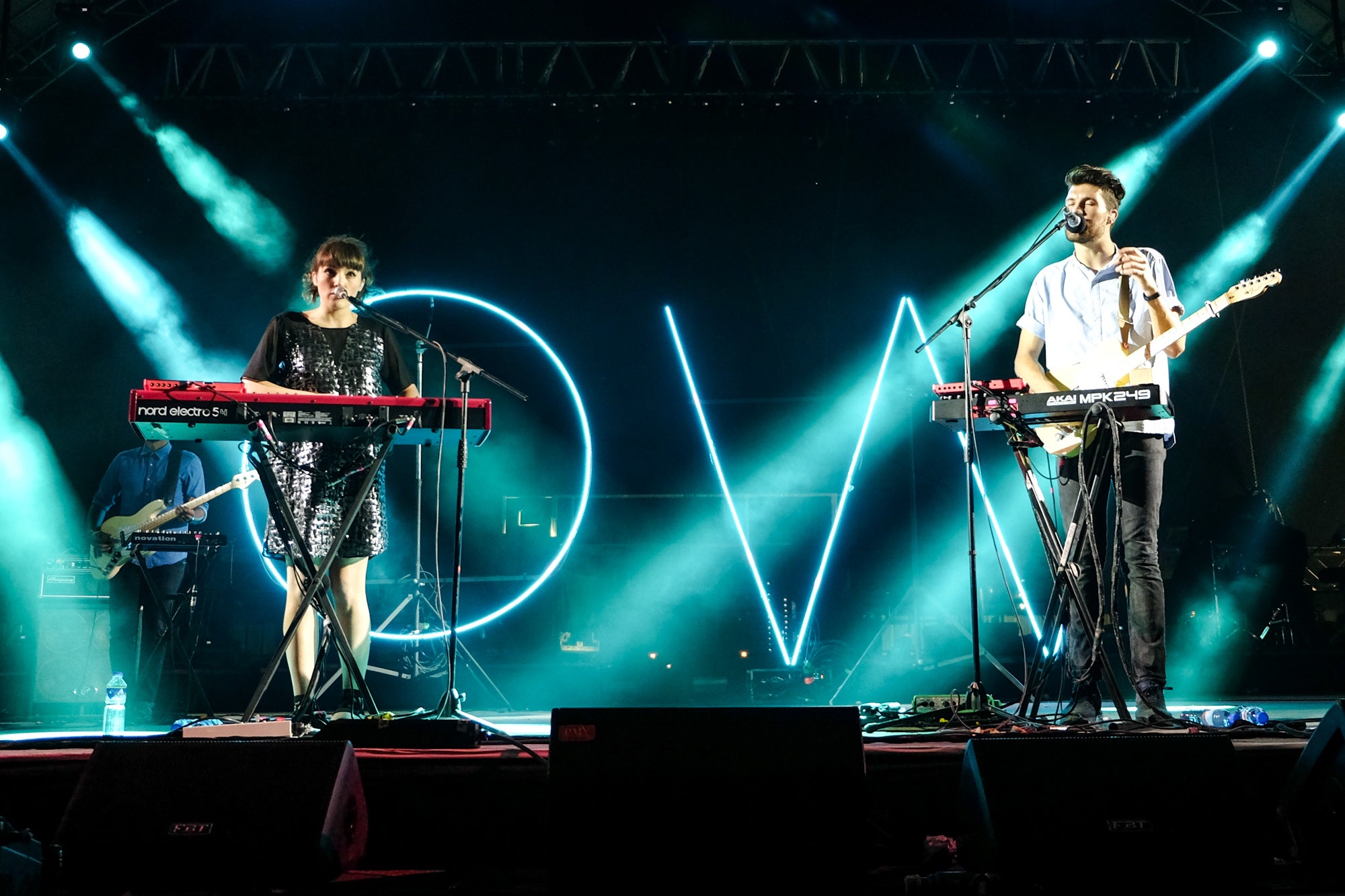 Oh Wonder, who have only been a touring band for less than a year, flew in from London for their very first show in Asia and marked it down by playing the first song they’ve ever written, “Body Gold.” Before belting out “All We Do,” female lead Josephine Vander Gucht practiced her Filipino and addressed the crowd, “Mahal ko kayong lahat,” then went on to say it was the biggest crowd they’ve ever played for. After bidding the masses a good night, yet again in the local language, the duo played their hit songs “Midnight Moon” and “Drive” and finished strong with “Technicolor Beat” as multicolored lights danced on stage alongside them. 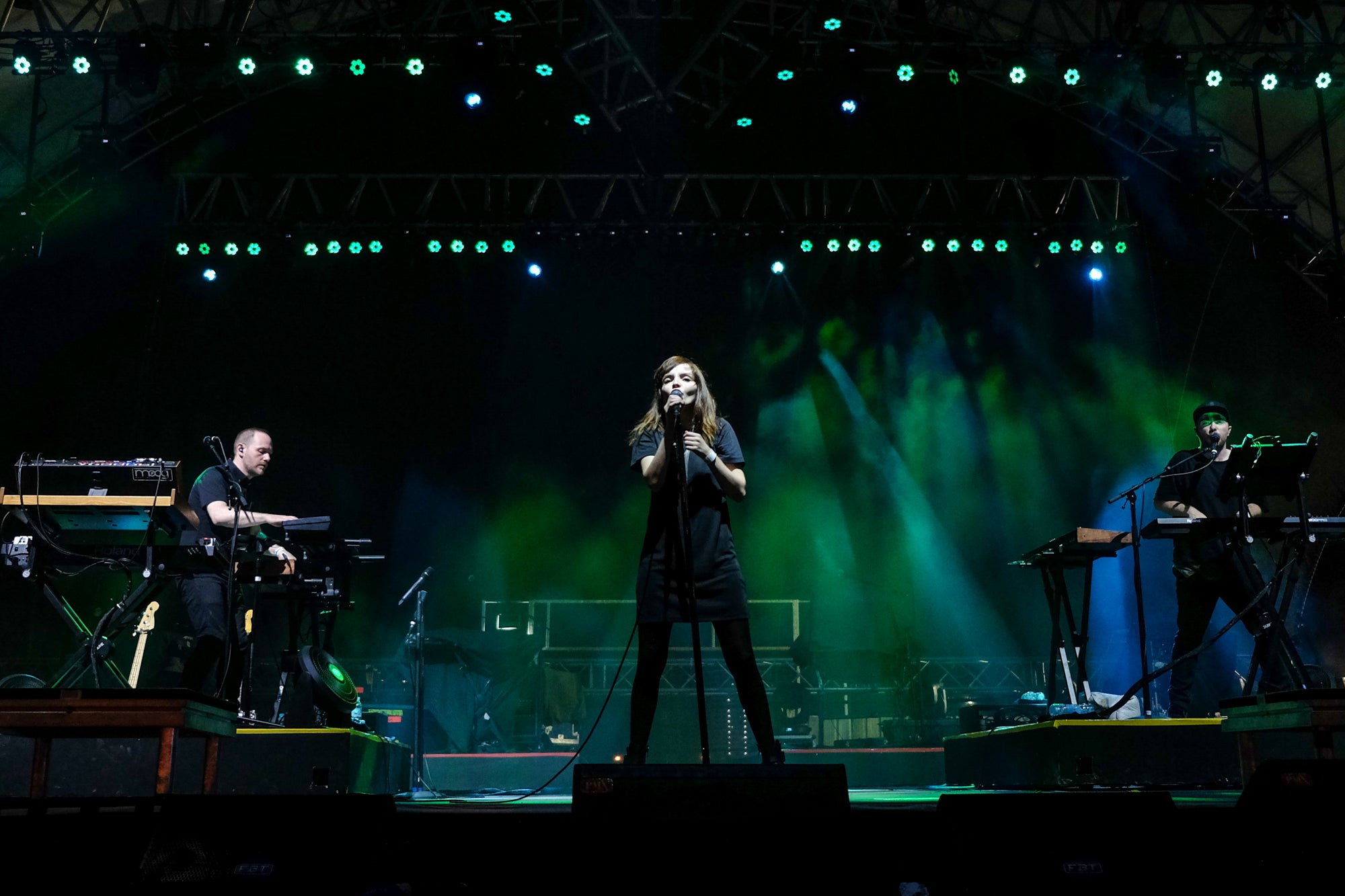 Glasgow’s electronic darlings, Chvrches, took over for a literal hair-raising performance. Star of the act, Lauren Mayberry, remarks that this is their second show in the Philippines in two years. While the bubbly Mayberry sparkled throughout, Martin Doherty stunned everyone by taking lead vocals during one track, a surprise very much welcomed. They continued with hit after hit, including old and new crowd favorites like “We Sink,” “Recover,” and “Empty Threat.” The set ended with an electrifying rendition of “The Mother We Share,” and the crowd went wild, hopping to the beat. 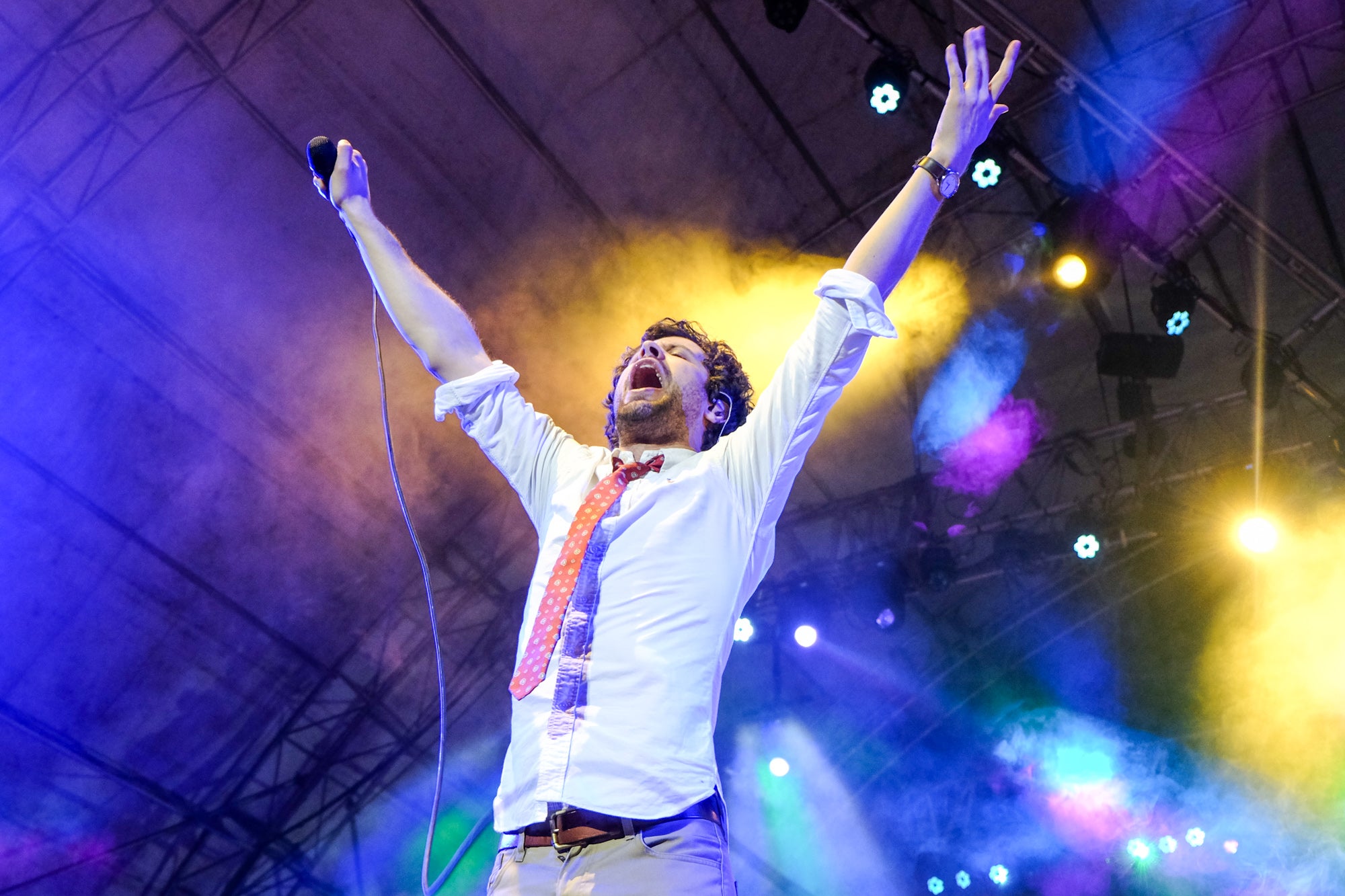 The act everyone was waiting for, Passion Pit, closed down the show with a performance that was long overdue, but definitely worth the wait. Kicking off with “Little Secrets,” Michael Angelakos sent the crowd into a frenzy with his distinct vocals. The intense set list consisted of “Cry Like a Ghost,” “Mirrored Sea,” and “Where The Sky Hangs” being played in succession. “Thank God we went to this country,” says Angelakos, who got everyone swaying their hands along with him. When he and the other members came back from a minute’s break, they pleased the crowd with a final request by playing “Sleepyhead” and the hype surely reached its peak!

The Beat Tent and DJ Tent

In between performances on the Live Stage, the Beat Tent served up some local loving with Kjwan, She’s Only Sixteen, and BP Valenzuela representing the metro front with their own signature styles. During a heated and interactive routine by Moonwlk, male lead Nick Lazaro made the night even more special with an on-stage proposal. Shadow Moses x Ninno brought in special acts that feature raps “on geeky topics” right before the concert after-party began. DJs Darius, Busy P, and MYD consecutively spun relaxed dance beats to keep the crowd dancing. Meanwhile, at the DJ Tent, mixes by Brigada, DJ Samantha Nicole, Pelvis Resley & The Sex Offender, and Mulan were enjoyed through the day. Both the crowds and the acts got home from an extraordinary night no one is set to forget anytime soon.