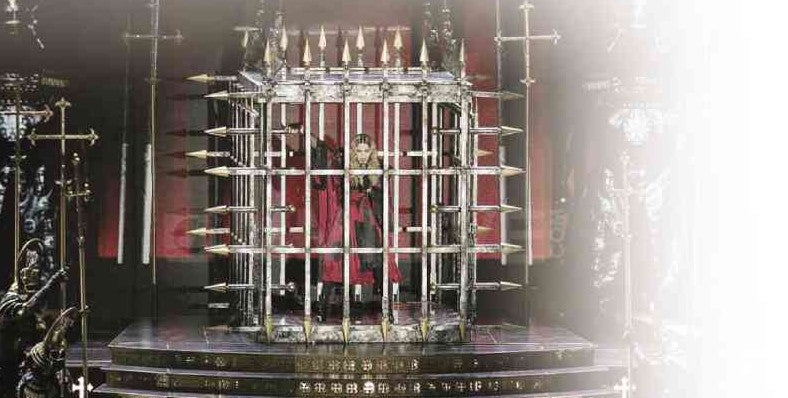 CAGED Madonna keeps it together. Photo by Jasper Lucena/MMI

Top celebrities trooped to SM Mall of Asia Arena for the two shows of the Queen of Pop, Madonna. They also flooded social media with pics and videos of, and breathless comments on, the “Rebel Heart” tour.

Quite tellingly, most were 1980s kids, but they don’t necessarily fit the usual stereotype of a Madonna fan.

They all came to justify their love for Queen M.

Derek Ramsay, actor: The show was absolutely amazing! Every production number was as good as the next. A lot of artists come to Manila and only give us half a show. But Madonna showed that she really respects her fans in the Philippines by giving them a full concert—and 100 percent effort. It was worth every single centavo.

Iza Calzado, actress: Spectacular. It was truly something you must see in your lifetime. I would say it was worth the price, even though it was really expensive, Lord! The concert venue was too small for her stage. The highlights for me were the super-dramatic entrance (she came in a cage), “Like a Prayer” (my favorite), the dancers on the bending pole, and when she pulled (stylist and loyal fan) Shahani Gania (or Super Starlet) up the stage. I know Shahani and was so happy for him. I also loved when she came out holding the Philippine flag, and when the entire arena reverberated with people screaming “F**k yeah!” the whole night.

Eula Valdes, actress: I realized how much of a fan I was when tears started rolling down my cheeks as early as the opening number. My jaw dropped as she danced on the cross-shaped ramp. I was in awe. Back in the 1980s and ’90s, I danced to her music to lose weight. I was so near I could admire her beautiful face—and her toned muscles and arms. She works out six times a week! But I noticed she has cellulite. She is human! I love her even more. The ticket price? It was sooo worth it.

Chris Martinez, filmmaker: It was the greatest show I have ever seen. This concert is a 32-year-old dream-in-the-making! Every song is a spectacle. And she showed her comic side throughout the concert—she’s hilarious! I felt she was having a great time with the audience. It was worth the price. If I were not busy, I would have watched on both nights.

John Lapus, comedian: Best show ever! The ultimate fulfillment of my childhood dream! I promised myself I’d watch her no matter the ticket price, and it was worth it! A friend said that the concerts of other foreign artists looked like a mall show by comparison. Pak! The highlight was when she sang “Like a Prayer.” She came near me and my friends, Roxy Liquigan and Angelo Guese, and asked us to sing along. She extended the mic to us. As in talsik laway (She sprayed us with saliva)! As in, face to face! Grabe!

Christine Bersola, TV host: Our generous friends gifted us with tickets… what a huge blessing! The highlights were the parts where she sang my faves: “True Blue,” “Like a Prayer,” “La Isla Bonita,” “Like a Virgin,” “Material Girl,” “Holiday.” But her rendition of “La Vie en Rose” was beautiful. She is gorgeous—and so fit!

Moy Ortiz, singer: It was sensory overload and a showcase of the Queen’s strengths. Like Cirque du Soleil with pop hits. Among the main revelations are: Madonna can truly sing live; the dance intervals for costume changes are not just fillers… they are sublime; you can watch the show over and over because it is so layered. It is a glorious collision of the sacred and profane, a fusion of different art forms. 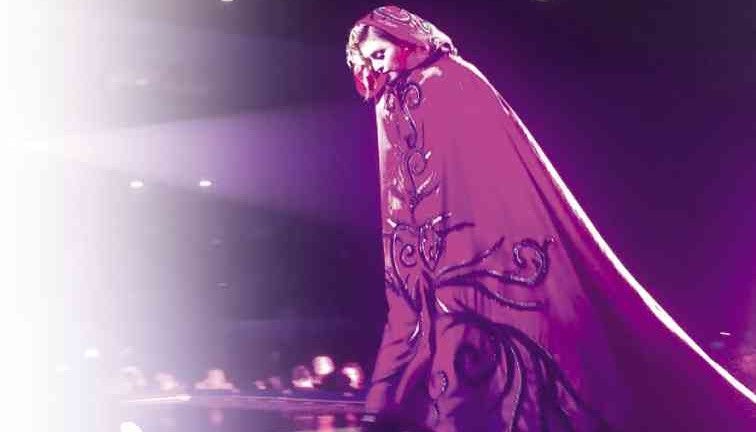 Ana Abad Santos, actress: I am not a big concertgoer but Madonna is an exception. She is an icon and a hero in my book. I was moved to tears and it brought back lots of childhood and teen memories. She is a performer and a woman with balls, but she doesn’t lose her femininity. All Filipinos should watch her show. We are so imprisoned in, and chained to, our religious beliefs that this concert will liberate us—even for just a moment.