Newlywed Kean more inspired than ever 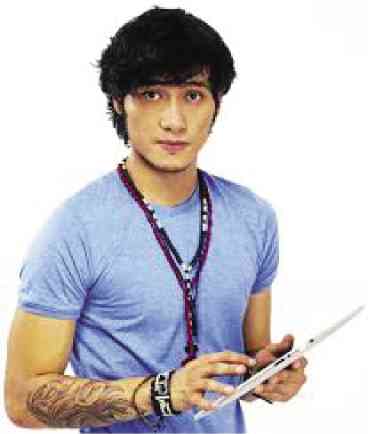 That was how singer-actor Kean Cipriano described his marriage to actress Chynna Hortaleza, with whom he tied the knot in December last year.

“I still can’t believe I’m married. The feeling is indescribable,” Kean told the Inquirer. “It’s everyone’s dream to find peace deep within, and with someone.”

He said he has had a lot of personal discoveries since he got married. “I’m inspired, more than ever. I’m now on a writing spree. I write songs and scripts. I just keep doing things.”

His film “Love is Blind” is still being screened in theaters nationwide.

On the rumor circulating on the web that Chynna is already pregnant, Kean neither confirmed nor denied it.

However, he said he was open to the idea of having a baby soon.

“A baby is a concrete example of a miracle—we all are God’s miracles. Like getting married to the love of my life, having a baby would be another dream come true. Life is short. We should live it to the fullest,” said the Callalily frontman.

He continued: “We all have our insights. Because of the Internet, we can all post comments. As to how I am handling it, I’m okay with it. I respect every single comment. Chynna and I post pictures, too. We knew that these photos were bound to be judged.”

Kean said that keeping quiet about details of his wedding to Chynna, as well as his relationships with past girlfriends, was “a personal decision.”

“I respect every individual whom I’ve encountered in my life, especially the ladies,” he pointed out. “This was why when asked about my past relationships, I don’t talk. To me that’s private, although I know that it’s hard to be private in a public arena like show business,” he said, adding: “Chynna and I have decided to keep our personal lives to ourselves. They’re that sacred to us. We thank everyone for respecting that.”

As to whether he preferred acting to singing, Kean replied: “That’s the question I always get. My first love is music but I’m very blessed with a good talent management company (Cornerstone) because they are able to fix my schedule and allow me to do everything. I want to be as creative as possible. I enjoy singing, acting and filmmaking.”

On the possibility of doing a project with his wife, Kean said: “That would be lovely. Chynna is also part of ‘Love is Blind,’ although we didn’t get to do any scenes.”